Suspects were arrested after a high-speed chase in Florida. Police tracked down one man on foot, who surrendered after a dire warning.
By Lee Bullen March 16, 2022
Facebook
Twitter
Linkedin
Email 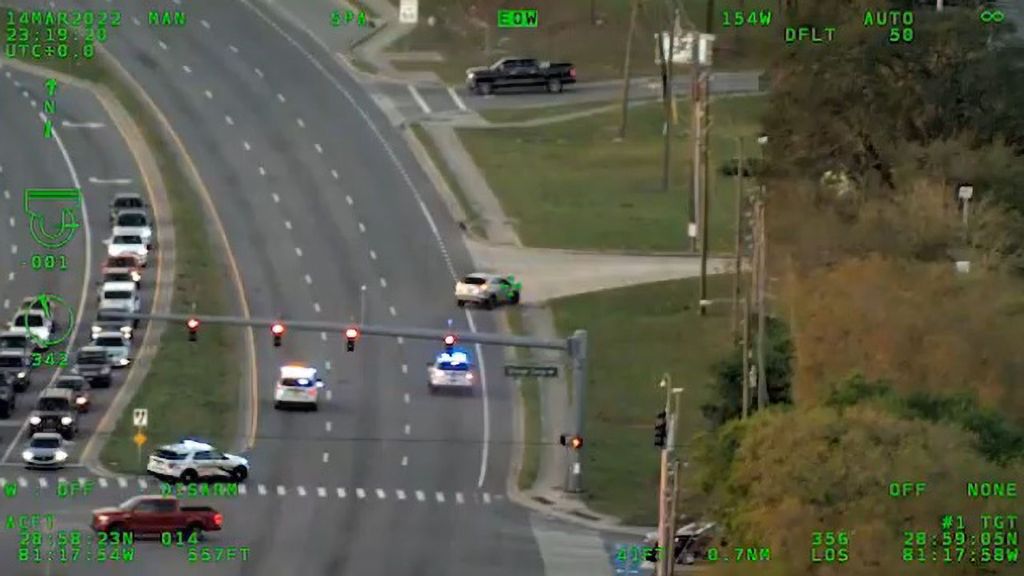 A Florida man was arrested for robbing a homeowner at gunpoint — and police captured him after a high-speed chase.

The arrest took place outside a shopping center in DeLand, Florida, on March 14.

Volusia Sheriff’s Office said on March 15: “A suspect in an armed home invasion in Orange City was arrested along with his sister Monday evening, both caught in the parking lot of a DeLand shopping plaza after fleeing from deputies with Air One overhead.

Police said Jarvis Carr, 19, and his sister Jarvia Carr, 20, were each apprehended about five minutes after fleeing the scene.

“Deputies responded to the robbery shortly before 7 p.m. on Hamilton Avenue in Orange City, where the victim said Jarvis Carr held him at gunpoint while another suspect stole a safe from the house,” police said.

However, the robbery did not go as planned. The suspects attempted to take a truck by force, but the driver resisted, pressed his panic alarm, and they ran off.

“The Carrs sped away in the SUV as deputies and police followed, and Air One picked up the pursuit from overhead. The sergeant who was first behind the suspect vehicle reported that it appeared the male suspect in the back seat pointed a firearm in his direction, but didn’t fire it.”

The suspects ran a red light at Woodland Boulevard and Orange Camp Road, hit a curb, and came to a stop outside the Country Club Corners Shopping Center.

Javia Carr remained in the vehicle and was taken into custody. Her brother ran, but after an officer warns him he may get shot, Jarvis Carr surrendered in the nearby Publix parking lot. Police also found a backpack he threw into bushes at the shopping plaza. It contained 40 grams of methamphetamine and other evidence.

Jarvis Carr’s charges include home-invasion robbery with a firearm, armed trafficking in methamphetamine, aggravated assault on a law-enforcement officer, carjacking, fleeing or attempting to elude law enforcement, possession of a firearm by a convicted felon and resisting an officer without violence.

He was being held without bond Tuesday afternoon.

At the time of the incident, Jarvis Carr was already out on bond on charges from 2021, that included: armed trafficking in morphine, possession of fentanyl, MDMA and cocaine with intent to sell, possession of Oxycodone and THC oil, possession of a firearm by a convicted felon and tampering with evidence.

Jarvia Carr was charged with accessory to robbery, fleeing or attempting to elude law enforcement and violation of felony probation.

She told deputies her brother called her for a ride, then told her to “just drive.” He later took the wheel as law enforcement converged on them.

The police said another suspect in the robbery is yet to be detained. Additional charges to are expected.