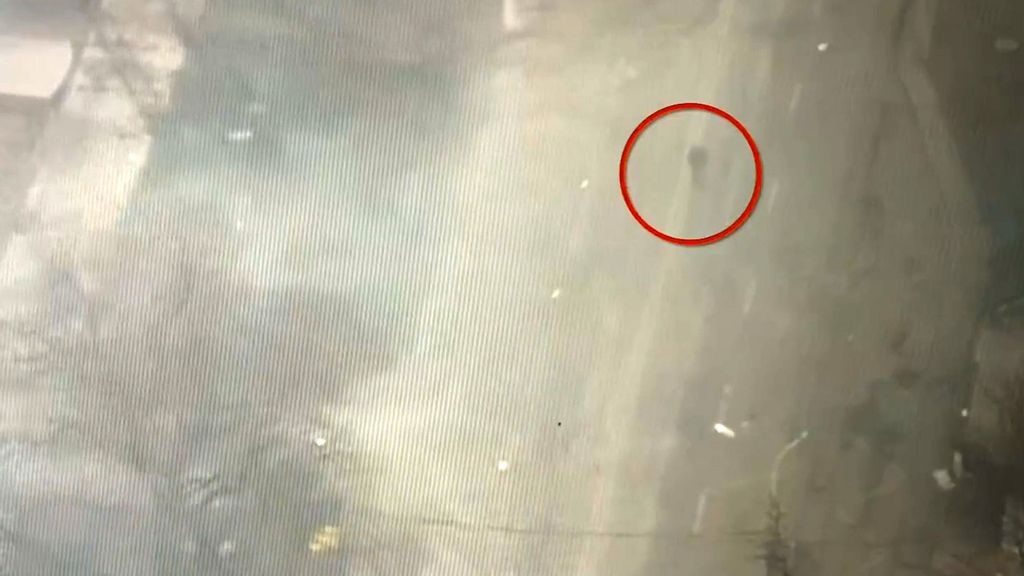 A Russian tank in hiding fires on a lone civilian in Mariupol in southeastern Ukraine as depicted in this screenshot from a video. (@Polk_Azov/Zenger)

Ukrainian soldiers say a Russian tank fired at a lone Ukrainian civilian, killing the reportedly elderly man as he walked down a street in the war-devastated city of Mariupol.

The footage was released by Ukraine’s Azov Battalion, a former right-wing militia and political movement that is now part of Ukraine’s National Guard.

In sharing the footage, the regiment called the incident in the city on the north coast of the Sea of Azov in eastern Ukraine a “murder.” It said the images should be passed on to the International Court of Justice (ICJ), which had ordered Russia on Wednesday to halt its invasion of Ukraine in a preliminary decision that seems largely symbolic.

Thought to be binding under international law, there was no indication that Russia would comply with the order, and a final ruling might not occur for many years.

Ukraine argued that the court has jurisdiction in the case because both Russia and Ukraine have signed the 1948 treaty on the prevention of genocide.

The Azov Battalion video shows a Russian tank positioned among what appear to be the remains of a destroyed civilian building. Across the street, the civilian can be seen calmly walking by without making any attempt to hide or show any aggression.

The Russian tank then suddenly opens fire on the person, allegedly killing him instantly as the shell hits the building right behind him, in an explosion of flame and smoke.

“Cruel footage of the murder of a resident of Mariupol by Russian tankers,” the Azov Battalion said in Ukrainian in a statement along with the video’s release: “The elderly man drew attention to himself so that he would not be shot, and Putin’s villain shot at a defenseless civilian man.

“This is what the ‘Russian world’ looks like. This evidence must go to the Hague tribunal.”

Mariupol has been devastated by the Russian onslaught over the last two weeks, with reports of trapped civilians suffering from ill-health and hunger. Last week, Russian missiles hit the maternity ward of a hospital in the city, with the horrific images making headlines around the world.

The Azov Battalion, also known as the Azov Regiment, was officially incorporated into the National Guard of Ukraine in 2014 after recapturing Mariupol from pro-Russian separatists in June that year.

Russian President Vladimir Putin appears to have capitalized on the presence of this group in eastern Ukraine to announce his so-called “special military operation” to “de-Nazify Ukraine,” painting the whole country with the same brush as this regiment.

Ukraine filed its case at the International Court of Justice to challenge Putin’s official explanation for invading the country as an effort to end a “genocide” of pro-Russian separatists.