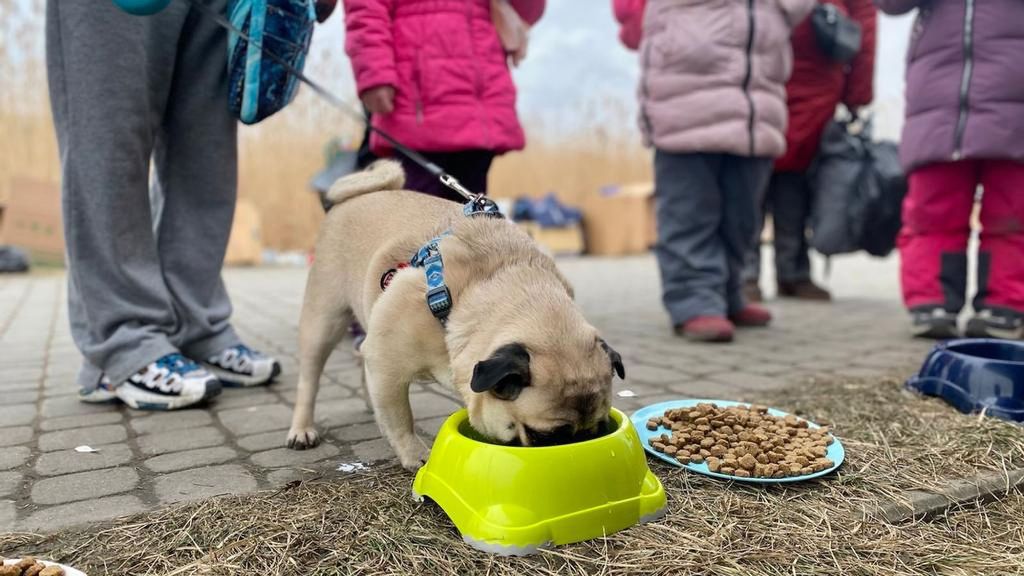 Ukrainian refugees arriving in the U.K. with their pets will no longer face paperwork, vaccination and quarantine hurdles.

PETA had argued it would be impossible for them to vaccinate and microchip their pets while fleeing Russian forces.

PETA also said it was “grateful” that the U.K. government is changing these restrictions. After mounting pressure, the British government appears to have reversed course; it is now set to eliminate the red tape under emergency rules.

Mimi Bekhechi, PETA vice president, told Zenger in a statement: “Britain has finally put the kettle on for Ukrainians with animal companions seeking refuge in the U.K. — and we are grateful that the Department for Environment, Food and Rural Affairs (DEFRA) has realized that keeping families together is the only compassionate choice in these dark times.”

Bekhechi hopes the quarantine periods for animals can be shortened and that quarantined animals will be allowed regular visits from their human family members.

PETA entities are leading rescue efforts for dogs and cats in Poland and Ukraine. They have seen the dangerous lengths people go to in order to bring their animals when fleeing.

Ukrainian refugees arriving in Britain had faced the upsetting prospect of abandoning their pets and other animals because the U.K. had not relaxed its rules, unlike many EU countries.

Elisa Allen, PETA U.K. director, told Zenger at the time: “There’s enough inhumanity in this dreadful war without the U.K. adding to it.”

The new move came as the Ukrainian ambassador to the United Kingdom, Vadym Prystaiko, told the BBC there were even delays regarding his wife being granted a visa. Prystaiko was highly critical of Britain’s “bureaucratic” system.

The U.K. Home Office had come under intense pressure to speed up the process after it was revealed it had granted only 760 visas. This number has now increased after Boris Johnson’s government, under the Ukraine Family Scheme, issued over 4,000 visas as of March 14.

To date, more than 88,000 Brits have volunteered under the latter scheme, offering to take Ukrainian refugees into their homes.

During a speech in the House of Commons on Monday, Michael Gove, the U.K.’s Secretary of State for Levelling Up, Housing and Communities and Minister for Intergovernmental Relations, said “unlimited numbers” of refugees would be allowed to live in the U.K. for three years under the scheme. He also confirmed the government will pay 350 pounds ($456) a month to those who take in fleeing Ukrainians for a minimum of six months, reported IBC.

«Previous Post
The Saber-Tooth Predator That Lived Millions Of Years Before Cats»Next Post
Is Social Media A Force For Good In Ukrainian Conflict?