The far-right group seems focused on pushing out invading Russian forces, but has been accused by the U.N. of looting civilians.
By Joseph Golder March 15, 2022
Facebook
Twitter
Linkedin
Email 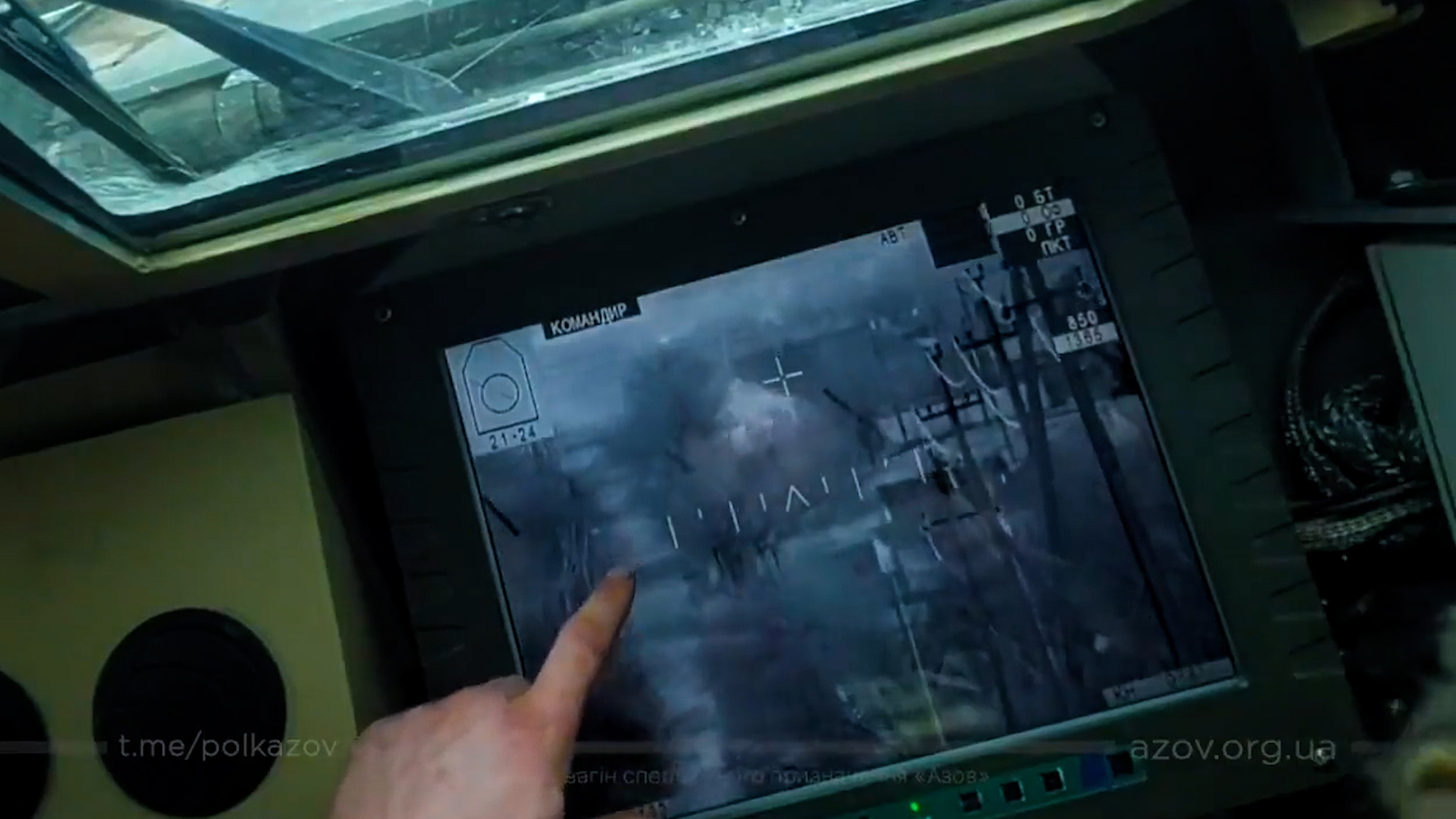 Members of Ukraine’s notorious Azov Battalion, which began in 2014 as a far-right, neo-Nazi militia, neutralized a Russian armored personnel carrier while defending the severely damaged city of Mariupol on the north coast of the Azov sea.

The released footage shows the targeting system of a military vehicle as it fires on the armored personnel carrier bearing the letter Z and eventually appears to breach its exterior.

“Brilliant combat work of the units of the Allied Forces, which continue to defend Mariupol,” Ukraine’s Ministry of Defense said in a March 14 statement accompanying the footage.

The Azov Battalion, also known as the Azov Regiment, is composed of soldiers who were officially incorporated into the National Guard of Ukraine in 2014 after recapturing Mariupol from pro-Russian separatists in June that year. Today, the Azov Battalion is believed to have about a thousand members.

“These are our best warriors, our best volunteers,” then-President Petro Poroshenko said in 2014.

The Azov Battalion started out as combination urban militia and political party that has since expanded and, through service to Ukraine, been incorporated into the armed forces.

Russian President Vladimir Putin appeared to use the Azov Battalion in eastern Ukraine as one of his reasons for ordering what he called “special military operation” to demilitarize and de-Nazify Ukraine, and in the process paint the whole country with the same brush as this regiment.

The regiment said March 14 on Telegram that “during the day, as a result of fighting, Azov fighters destroyed one typhoon, four armored personnel carriers, two BBM ‘Lynx’. Many infantry were also killed, including 17 Russian GRU special forces.”

The Azov Battalion seems focused on pushing out invading Russian forces from bombed-out Mariupol, which was hit days ago by Russian missiles. They destroyed a maternity ward and claimed the lives of children. Their images as innocent victims of a war now almost three weeks old were broadcast around the world.

“Defenders of the city continue to fight for every citizen, despite the fact that the enemy is trying to capture the city,” the regiment said regarding Mariupol on Telegram. “The fighters are fighting steadily and selflessly with the Russian horde, which is constantly attacking Mariupol with aircraft and artillery.”

Also this week, it was announced that a pregnant woman who made headlines around the world while being carried from the rubble had died after her baby was stillborn and doctors were unable to stabilize her.