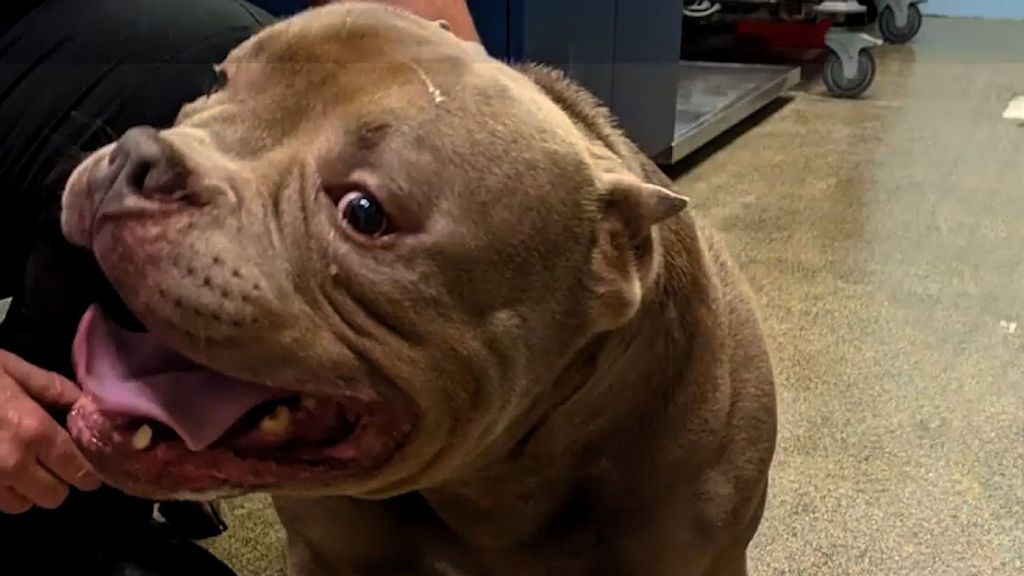 The miniature American Bulldog named Guido was kicked and punched by his owner, Michael Fernandes, of Fort Myers, Florida, and subsequently arrested. (@sheriffleefl/Zenger)

A Florida man who abused his American bulldog was arrested by police on March 10.

Footage shared by law enforcement shows a visibly angry man, named as Michael Fernandes, shouting at his miniature American Bulldog named Guido and threatening to kill it if it defecates in the house.

Fernandes is then seen punching the animal before kicking it, causing it to yelp in pain. The police said this caused the animal to “spin 180 degrees.”

Guido then scurries over to a metal cage in the corner of what appears to be a living room.

The footage showing the alleged animal abuse was shared by the Lee County Sheriff’s Office (LCSO) along with a statement: “A North Fort Myers man was captured on video punching and kicking his miniature American bulldog.”

According to the statement, sheriff’s deputies responded to a home in North Fort Myers after a complainant “showed deputies video of Michael Fernandes brutally punching and kicking the canine named Guido.”

The sheriff’s office said the footage was recorded in February, and it has since been studied by law-enforcement investigators specializing in animal-cruelty cases. The suspect, Michael Fernandes, was arrested.

“The Animal Cruelty Task Force and North District Criminal Investigations Division teamed up to investigate this incident. Detectives watched the footage from this incident, which occurred in February 2022. Detectives observed Fernandes yanking Guido’s neck aggressively by the leash. Fernandes then punches Guido in the face twice, to the point the canine whimpers,” the statement said.

The sheriff’s office said the dog was going to be examined by a vet in order to determine the extent of its injuries. “Lee County Domestic Animal Services responded and took possession of Guido. A full medical examination is pending.”

Detectives charged Michael Fernandes with aggravated animal cruelty and booked him into the Lee County Jail.

Lee County Sheriff Carmine Marceno said: “It sickens me to watch this lowlife punch and kick a helpless animal.”

Marceno thanked the combined efforts of the Animal Cruelty Task Force and North District detectives. He said Guido is now safe and has been rehoused.

The Humane Society of the United States estimates that nearly 1 million animals a year are abused or killed in domestic episodes. During Florida’s 2021 legislative session, six animal-welfare bills were introduced, with varying success. There is also a high correlation between domestic violence and abusing animals in the same household.