The FLEX rover aims to be the transport of choice when there is a sustained human presence on the moon and Mars.
By Ana Marjanovic March 15, 2022
Facebook
Twitter
Linkedin
Email 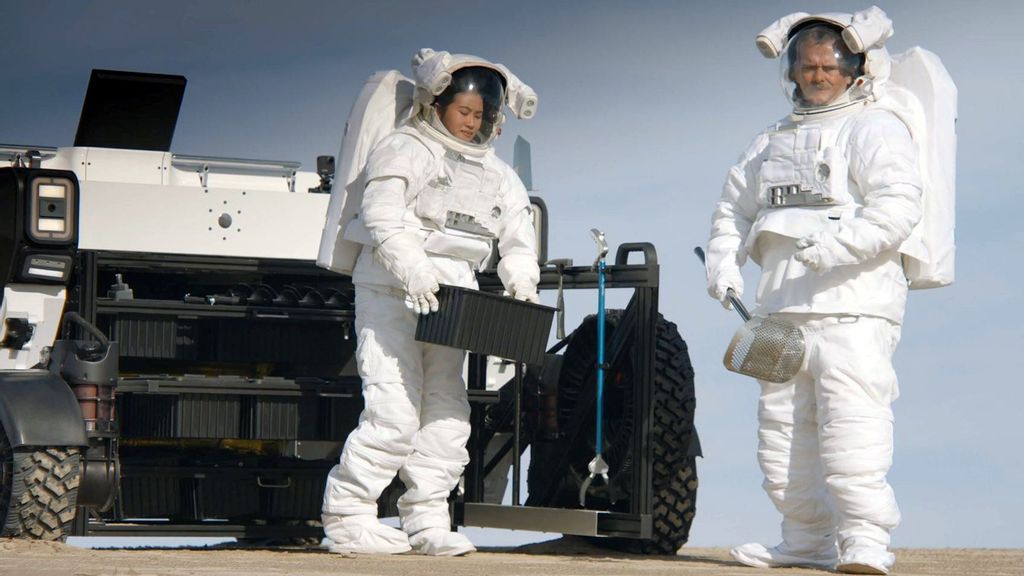 A new lunar rover has been unveiled — and been given the mark of approval by retired astronaut Chris Hadfield.

The FLEX (Flexible Logistics and Exploration) rover aims to be the transport of choice when there is a sustained human presence on the moon and Mars.

Tests included both crewed and telerobotic operations, a deployment of a variety of large payloads, and engineering testing of the rover’s mobility performance in challenging terrain.

Retired NASA and Canadian Space Agency astronaut, engineer and author Chris Hadfield participated in the five-day field test to give his feedback on the vehicle’s design and performance.

Hadfield, an Astrolab Advisory Board Member, explains: “As we transition from the Apollo era, which was focused on pure exploration, to now, where people will be living for longer periods on the Moon, the equipment needs to change.

“When we settle somewhere, we don’t just need to get people from one place to another, but we need to move hardware, cargo, life support equipment and more. And it’s all dependent on mobility.

“It was not only a joy to drive FLEX but also see its size, capability and get an intuitive sense of what this rover can do.”

NASA and private industry are making broad investments in lunar landing that will soon usher in an era of unprecedented landed mass capability and mission cadence.

Rather than landing tens or hundreds of pounds of payload per decade, soon it will be possible to land hundreds of tons on the moon each month. This burgeoning environment demands a new approach to surface operations.

Historically, planetary rovers have each been bespoke and have been put into operation on a timescale of roughly once per decade. Having been custom-designed around a particular payload, they can each cost billions to develop and qualify.

Astrolab say this approach is not compatible with NASA’s ultimate goal of supporting a sustained presence on the moon and Mars. To improve this situation and to spur the development of a vibrant lunar economy, Astrolab says FLEX is designed around a modular payload interface that supports intermodal transportation (from lander to rover and back).

“For humanity to truly live and operate in a sustainable way off Earth, there needs to exist an efficient and economical transportation network all the way from the launch pad to the ultimate outpost,” said Jaret Matthews, Founder and CEO of Astrolab. “Currently, there is a gap in the last mile and Astrolab exists to fill it.”

The FLEX rover’s unique commercial potential comes from its novel mobility system architecture, which gives it the ability to pick up and deposit modular payloads in support of robotic science, exploration, logistics, site survey/preparation, construction, resource utilization, and other activities critical to a sustained presence on the moon and beyond.

Built with adaptive utility in mind, FLEX can also serve as an unpressurized rover for a crew of two astronauts, in line with NASA’s Lunar Terrain Vehicle (LTV) requirements.

“We’ve designed a mobility platform that is payload agnostic so it can work within an ecosystem of transportation systems, vehicles and tools,” said Matthews. “FLEX achieves a wide range of utility by being able to collect, transport, and deposit any payload that conforms to what will be a standard and open interface.”