How This Week’s Full Moon Can Create A Nighttime Rainbow On St. Patrick’s Day

The light from a bright full moon can create rainbows at night, a phenomenon referred to as a moonbow.
By Brian Lada March 15, 2022
Facebook
Twitter
Linkedin
Email 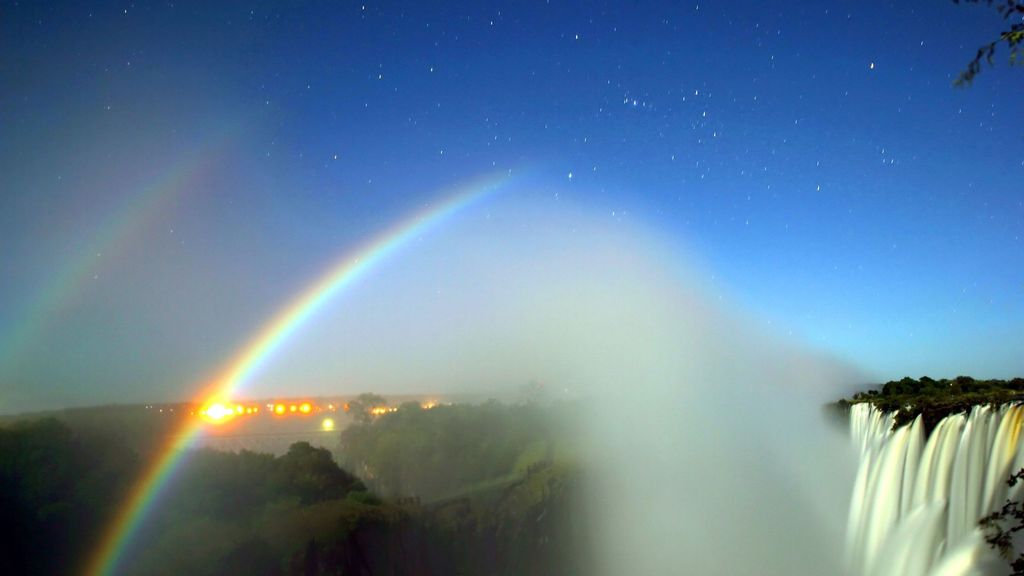 Thursday, March 17 marks St. Patrick’s Day around the world, and if the conditions are just right, the moon can help create a celestial rainbow to cap off the Irish holiday.

Rainbows can be seen any time throughout the year, but they are often one of the symbols associated with St. Patrick’s Day. The colorful arc appears in the sky when light hits water droplets in the air. The droplets act like a prism and scatter the light into an array of colors known as a rainbow.

Rainbows are most commonly seen during the daytime, but when the weather is perfect, the light from a bright full moon can create rainbows at night, a phenomenon referred to as a moonbow.

The best area to spot a moonbow is on a clear night near a waterfall. The clear weather ensures that the light from the moon is not blocked out by clouds while the mist from the waterfall supplies the water droplets needed for a rainbow to appear.

Thursday night’s full moon will be the final full moon of astronomical winter with spring arriving in the Northern Hemisphere on the equinox, which takes place on Sunday, March 20 at 11:33 a.m. EDT.

Every full moon has several nicknames, and the most popular name for March’s full moon is related to the month’s changing weather.

As milder spring air arrives in areas that endured a long, cold winter, the ground begins to thaw. This change in the soil allows earthworms to squirm once again, leading to March’s full moon being called the Worm Moon.

March’s full moon has several other nicknames, including the Wind Strong Moon, the Sugar Moon, the Edge Moon and the Goose Moon, according to the Old Farmer’s Almanac.

The Worm Moon will rise in the East around sunset on Thursday, March 17 and gradually traverse the sky as the night progresses, eventually setting in the West around sunrise on Friday, March 18.

Folks outside enjoying the moonrise can also shift their attention to the south to see Sirius, the brightest star in the night sky, and Orion, one of the most popular constellations.

Orion and Sirius will be visible after nightfall for the next few weeks before they eventually leave the night sky. During the summer months, these celestial objects are in the same area of the sky as the sun, making them impossible to see from the Earth.

As the Earth continues to revolve around the sun, Orion and Sirius will once again become visible to stargazers, returning to the pre-dawn sky by the start of autumn.