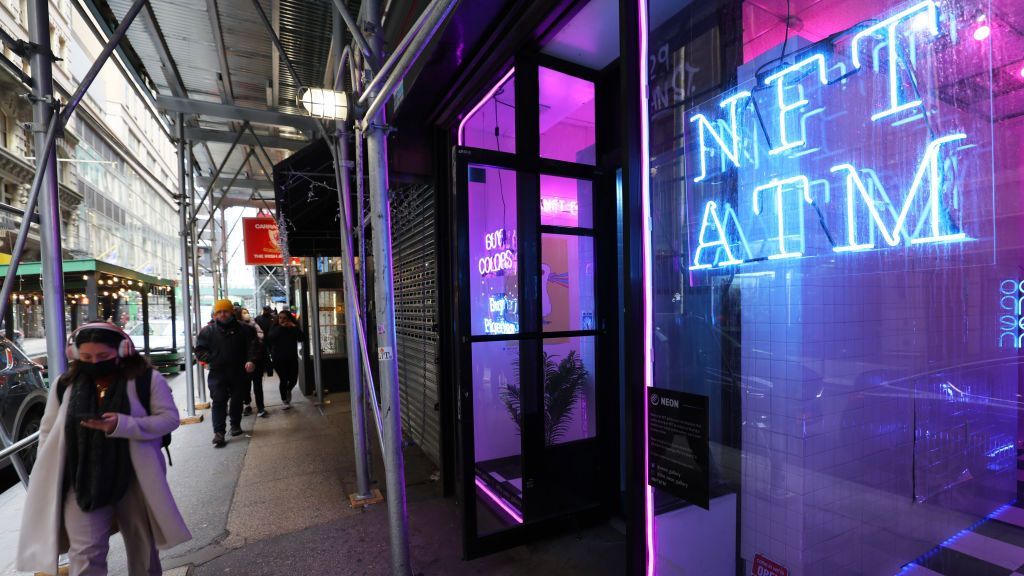 According to indie work website Fiverr, 64 percent of U.S.-based freelancers have profited from selling NFT-related services. Pictured, people walk past an NFT vending machine location on Feb. 24, 2022, in New York City. The world's first NFT vending machine, from the company Neon, accepts credit and debit cards and dispenses a box with a unique code inside for your chosen NFT. (Michael M. Santiago/Getty Images)

You may not know the difference between an NFT and NSO (the Israeli company behind the Pegasus software), but according to Israel-based indie work website Fiverr, 64 percent of US-based freelancers have profited from selling NFT-related services.

The survey of some 1,000 freelancers was conducted together with Censuswide, a research company based in the United Kingdom.

NFT (non-fungible token) refers to an exclusive, usually digital asset — whether a piece of art, an essay or an in-game upsell — that’s backed by the blockchain.

Fiverr reports that, on its website, the number of freelancers who listed gigs for NFT services increased by 278 percent in just a single quarter, from Q3 to Q4 of 2021.

That’s led to some big profits: Freelancers report that their earnings for NFT services jumped by 374 percent in the same period. And the number of searches for NFT services on Fiverr increased by 345 percent.

“NFTs are becoming a fantastic way for illustrators, artists, designers and developers on our site to monetize their skills and work with businesses and individuals investing in this space,” says Gali Arnon, CMO of Fiverr.

“The fact that over three in five freelancers are already earning income by selling NFTs and related services showcases the foresight freelance talent has in staying on top of the latest technology trends.”

What are those related services? “Blockchain technology, cryptocurrency and the metaverse,” Arnon adds.

It’s not all smooth sailing. Freelancers trying their hand in the metaverse have concerns, too.

None of that has slowed the NFT train. Among the wildest NFTs sold so far: