Promotion to colonel in the U.S. Dental Corps is the latest milestone reached by this African-American woman.
By Percy Lovell Crawford March 15, 2022
Facebook
Twitter
Linkedin
Email 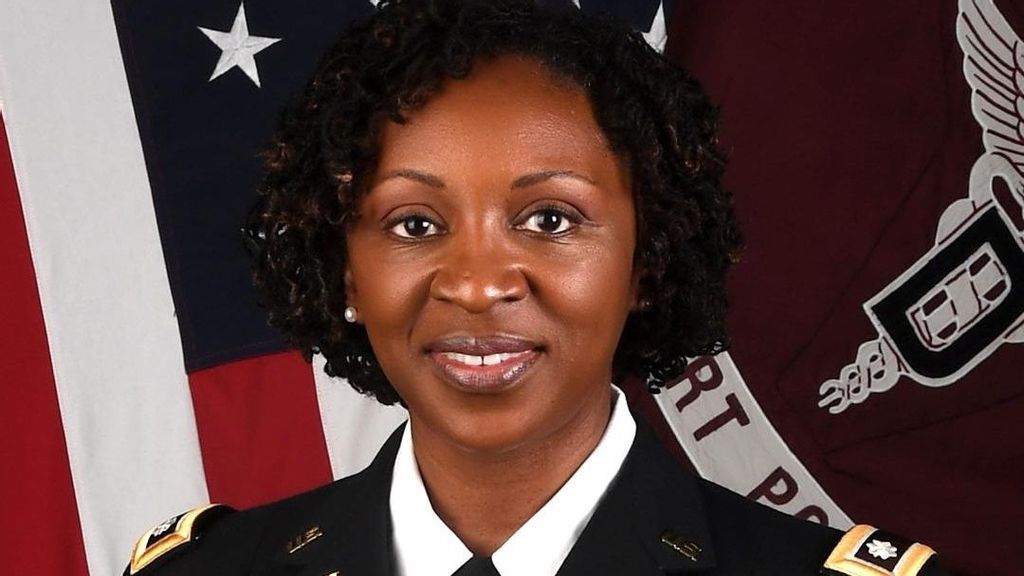 On March 4, Anita Kimbrough was promoted from lieutenant colonel to colonel in the U. S. Army Dental Corps. This demonstrates that black history far exceeds its designated celebration month of February and that black history is indeed American history.

A woman of many firsts within her family and her career, Col. Kimbrough is just getting started. Crediting her family and community for her successes, coupled with her hard work and determination, Kimbrough hopes to serve as an example for those aspiring to follow in her footsteps, or anyone chasing their dreams, whether in the military or another profession. Her work in the Dental Corps continues to be rewarded, and her recent promotion has cemented her among the top members of her profession.

Zenger spoke with Kimbrough, who takes us through her humble beginnings to her present successes.

Zenger: Congratulations on your many accolades and achievements. How are you doing?

Kimbrough: I’m doing well. Life comes at you fast and this is no exception. But it’s good. I’m thankful every day for waking up and having another chance to go at it. I’m doing well.

Zenger: History remembers the term “The first,” fill in the blank. How does it make you feel to have become the first of so many different titles and positions?

Kimbrough: I think about my ancestry and my ancestors and how I can continue with their legacy of having fortitude and perseverance. My first is wonderful for my children and my grandchildren, because I do have 5 grandchildren. For them to be able to see, my mom and my grandma was able to do this. When people from my community see that they have invested in this young lady’s success, and they can see it come to fruition, it makes me proud, and I’m honored to be the firsts.

But being the first also comes with that uncharted territory of being scrutinized very closely in what we do. Although my colleagues may have experienced things differently, as a first African American, I am sometimes probably held to a different standard. So, to be able to achieve that goal and that title, means that I really pressed through to get there, to be the first in 2022.

Zenger: You carry a lot of firsts titles. Can you detail each one, please?

That’s a lot of firsts (laughing). I don’t even know that I’m covering all them. I’m also a proud member of Zeta Phi Beta sorority incorporated, which is an organization that is proud to say that we are a sisterhood of firsts. And I am continuing to uphold that legacy within my sorority.

Zenger: While accomplishing these milestones, was it pressure on you or fuel and motivation?

Kimbrough: It was fuel because my mom always told me when I was growing up, “Anita, you’re going to have to be three times better than the other person, just because you’re a female, just because you’re a black girl. You’re going to have to work three times harder.” My mom instilled in me very early on that it was going to take a lot of work, a lot of perseverance, a lot of determination. That came innately. That was just a part of who I was and who I am.

There is definitely pressure, but it was more of sheer determination. Anytime someone would look at me, I would say, I can’t fail. I don’t believe in accepting failure. Failure does help us to get up and go even further the next attempt. It was more fuel than pressure because no one told me I had to do this.

Zenger: You still seem to draw inspiration from your elementary school teachers, relatives that served, and your mother and father. How significant is it to draw from those past influences and use their words moving forward?

Kimbrough: I still remember their names. People in our lives … no matter whether they do something negative or something positive, they’re still going to set that influence for us. We’re either going to want to emulate what they’ve done, or we’re going to want to do something different and better to have a better outcome. When I reflect on those who were there to carry me, even within my mother’s womb, she named me Hope. Because she had the hope that this child would have a better future than what she lived. She named me Mahalia because my mom was such a spiritual person. She wanted to put that in me as part of my makeup, so I carry those things with me every day. I carry hope with me every day, because that’s who I am. I am hope. I am hope for my mom and I am hope for my future.

I always wanted to make my family proud. Percy, that’s one thing I could tell you, if anything inspired me, it was my mom and what my daddy went through growing up in the South. All the obstacles they faced because of their race, because of their lack of education. That fueled my desire to be able to say, “You guys may not have had those opportunities, but you sacrificed everything to be able to give your children a life, and I don’t want to let you down.”

So, when you asked if it was pressure or fuel, it’s both. I did not want to disappoint my family and when I had a little girl when I was in dental school, I didn’t want to disappoint her, so at that point it was pressure. I had to do better. It was like, “Lord, I took out these student loans to get through dental school, I got this little girl looking at me,” I could not quit, because not only did I have myself to live for, I have a family to live for. My family has always been there to push me along. My community, I always want to acknowledge what my teachers, professors, my ministers, even the little lady that played the organ at church, who came and picked me up from my house to take me to worship on Sundays when my momma had to work. That’s a community.

Other kids in my class who had a car, came to get me so that I could go to band practice, that’s community. So, my community and my family helped to raise this person that I am today. And I owe back to them to pay it forward. If we don’t invest in our children, and show them examples of glass ceilings that they can shatter, where is their hope?

Zenger: On March 4 you received yet another major accolade. What does that date mean to you?

Kimbrough: That day, I had the formal ceremony for my promotion from lieutenant colonel in the United States Army Dental Corps to colonel. There are very few that progress to the rank of colonel in the United States military, and even fewer African American females that progress to this rank. For me, it is an accomplishment and I honestly give God the glory for what took place on March 4. My formal ceremony on that day had members of my community present, and I also had relatives from the East and West coasts that joined me on that day.

I was so delighted, and we all recognized what we had all done to see this little black girl blossom into this full-blown colonel in the Army. So, it was a celebration to what everyone has put in to see me through to this point, and for me to carry that mantle and provided for others. I invited members from my high school’s Junior ROTC program to come and participate with me at my ceremony. I wanted those students from my high school, and the community that I grew up in, to be able to see this is possible. It was a day of possibilities; it was a day of celebration of what everyone has put in and the hard work and dedication that I’ve put into reaching this point. It has not been an easy road.

Zenger: What is left for you to accomplish, because you’re obviously not done?

Kimbrough: I definitely have not reached my pinnacle. I have more years to serve with the United States Army before I retire. For me to be one of the leaders within my organization, within the United States Army Dental Corps in the Army Medical Department, or AMEDD as we call it, gives other people who aspire to do what I have done a visual. I beat the odds, I overcame, I’ve been to combat and survived, I helped out with that and made sure our soldiers were taken care of on the battlefield. I have been in command, which is a very demanding position to hold.

It’s like Maya Angelou says: “Still I Rise!” I continue to move forward because I want to set that example for others who are coming behind me — and not only within the military and my profession of dentistry, but also my children and my grandchildren get to see this lady who we have seen have sleepless nights, accomplish something. Mom put in the work, and this is where she is today. Just to be an example and mentor to others.

It’s a chance for me, as I continue in my career, to reach back to my community and be more involved with them, as well. I encourage everybody, if they have a dream, never let anyone else tell them what their dream is. Only they know what their vision looks like. Strive for it, go for it, stay focused and be humble.