They tiny marsupials are friendly and love to be carried around in a pouch.
By Arian Movileanu March 14, 2022
Facebook
Twitter
Linkedin
Email 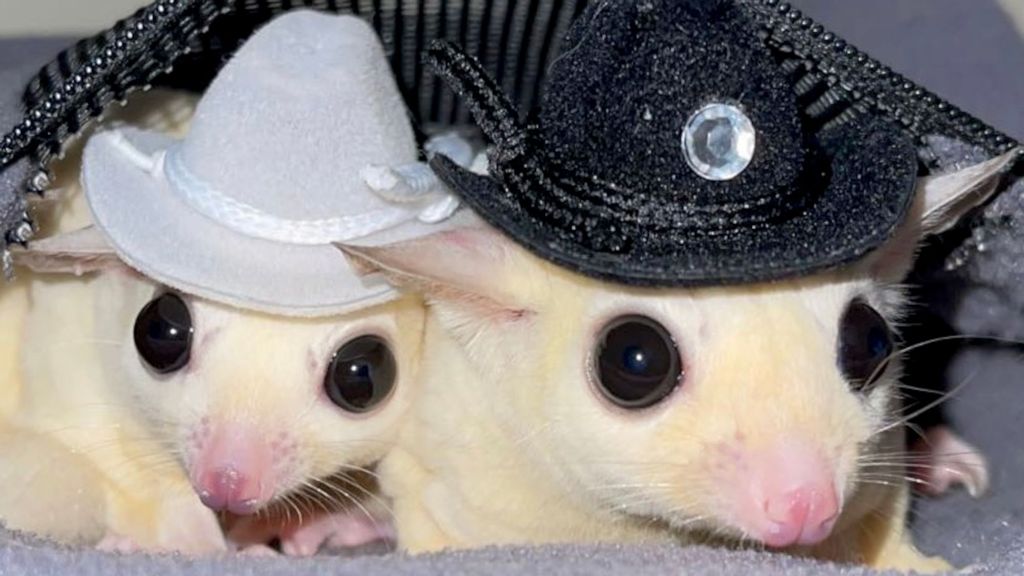 Sugar gliders are in the marsupial family, like kangaroos, only much smaller. Native to Australia, the adult males typically weigh just 3.5 to 5.6 ounces. Females weigh about 2.9 to 4.6 ounces. Social animals, they usually live five to seven years.

In the videos, the pair enjoy themselves with their owner, fly back to him, drink and eat from a cup. While sugar gliders cannot technically fly, they do glide through the air thanks to the stretchy flap of skin, called a patagia, between its front and back legs.

David told Zenger it is easier to care for them than a cat or dog. He recommends getting one from local breeder.

Their diet consists of fruits, vegetables, honey or sap, and insects, and they love sweet treats.

“I put them in their bonding pouch under my shirt while I go about my day,” David said. “If there are no dangerous smells or chemicals and the temperature is above 65 degrees Fahrenheit, I can bring them anywhere, as long as I think it’s safe.”

He often brings them to the park and lets them glide to him off objects and run in the grass. Other times, David just cuddles with them while watching TV or plays with them when they wake up at night.

He said Rose and Winston love to play games. “Their newest thing is opening my AirPods while they’re charging during the night, taking the AirPods out and hiding them, so I can’t find them.”

Many viewers leave comments about how much they love the pair. David said they make amazing pets when cared for correctly. Since they are nocturnal, the species is ideal for people who have time to handle them at night. Playful animals, they like to curl up in a shirt pocket or specially designed pouches.

“They’re very smart little babies. I recently caught them yawning on camera for the first time. Their little yawn is the most adorable thing I’ve ever seen.”

David said he hopes the two can be “a beacon of positivity, so people will have something to make them smile if they’re having a bad day.” He warns there is a lot of misinformation about sugar gliders online and recommends that prospective owners do their own research and learn from other people’s experiences.

His aim is to create more educational videos to illustrate how he cares for Rose and Winston.