VIDEO: Man In High-Speed Chase Avoids Jail, Despite Driving Without License Or Insurance

An officer suffered a minor injury as a result of the pursuit and significant damage was done to a police car.
By Lee Bullen March 14, 2022
Facebook
Twitter
Linkedin
Email 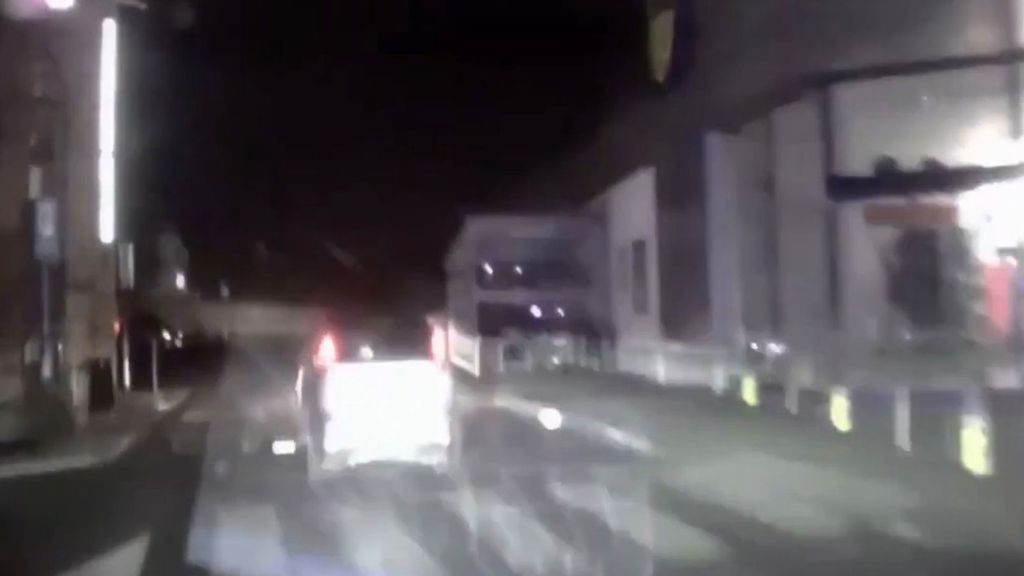 An uninsured driver pursued by police for driving at speed on the wrong side of the road in Leicester, England. (Leicestershire Police/Zenger)

An uninsured driver speeding on the wrong side of the road and going the wrong way on a roundabout while being chased by U.K. police has avoided jail.

Instead, he received a suspended sentence and community service.

The incident took place when the suspect, Lamin Conteh, overtook an unmarked police car at speed on Raw Dykes Road in Leicester at around 12:30 a.m. on Jan. 21.

Checks showed the Fiesta car had no insurance, prompting officers to activate their lights, signaling for Conteh to stop. When he refused, they gave chase.

Leicestershire Police said on March 11: “Conteh failed to stop, leading to the officers activating the vehicle’s sirens. Conteh continued to fail to stop, instead making off at speed and driving on the wrong side of the road in Western Boulevard, the wrong way around a roundabout and onto the wrong side of Upperton Road.”

As Conteh drove into Upperton Road, two marked police vehicles, with blue lights on, helped stop him. At this point, Conteh swerved at speed to avoid colliding into one of the police vehicles and headed toward the pavement.

The second police vehicle made tactical contact with the Fiesta vehicle to try and bring it to a stop. Conteh continued to drive along the pavement before rejoining the highway.

The pursuit continued, and Conteh then drove into a parking lot, where he eventually stopped, got out of the car, and was arrested.

The police stated: “On arrest, it was found Conteh only had a provisional driving license. No L plates were displayed on the vehicle.

An officer suffered a minor injury as a result of the pursuit and significant damage was caused to one of the police cars, as well as Conteh’s vehicle.

On March 9 at Leicester Crown Court, Conteh was sentenced to eight months imprisonment, suspended for two years after previously pleading guilty to dangerous driving, driving without a license and driving without insurance.

He was also disqualified from driving for two years and ordered to take an extended retest, ordered to undertake 200 hours of unpaid work, pay costs of $456 and a victim surcharge of $203.

Sergeant Steve Jackson, from the Roads Policing Unit said: “Conteh put members of the public and a number of officers in serious danger on this night. It is extremely fortunate that no one was killed or seriously injured as a result of his extremely dangerous actions.”