When the partying is all said and done, more than 1 million pounds of garbage is produced from the Mardi Gras festivities
By John Murphy March 14, 2022
Facebook
Twitter
Linkedin
Email 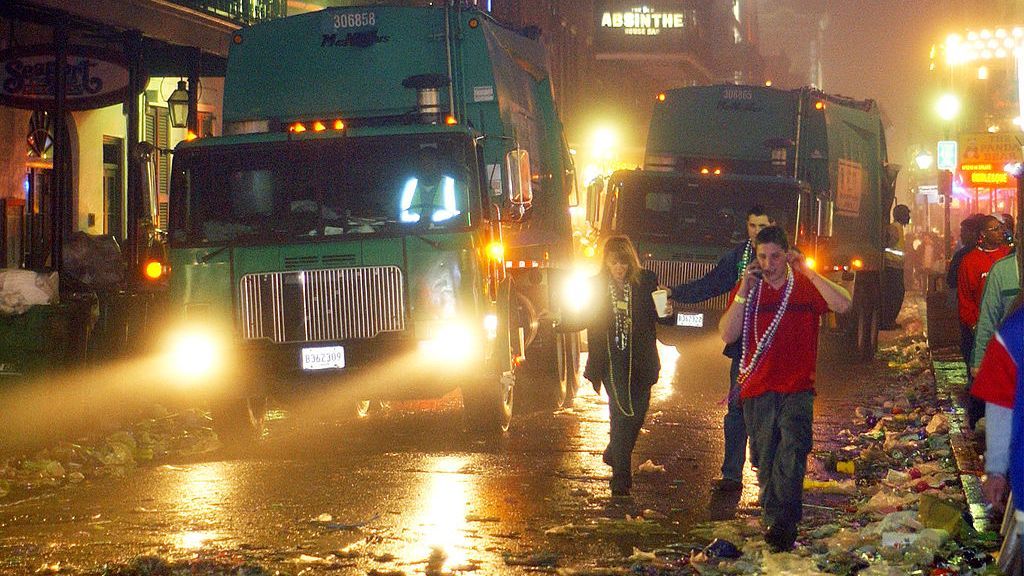 Mardi Gras in New Orleans is one of the largest annual festivals in the United States, attracting around 1.4 million visitors to roam the streets of New Orleans. But when the partying is all said and done, more than 1 million pounds of garbage is produced from the festivities, according to AFAR Magazine.

Inside all that trash are a lot of glass bottles. Students from Tulane University in New Orleans were disappointed when they found out glass wasn’t being recycled in NOLA, so two of them decided to do something about it.

“We didn’t have anything city-run, we don’t have any glass recycling in the entire state of Louisiana, and if you know anything about Louisiana, you probably know we like to drink and party,” said Franziska Trautmann, the founder and co-director of Glass Half Full NOLA.

In 2020, the Tulane students decided to start their own grassroots project to help bring a recycling option to the city of New Orleans. Known as Glass Half Full New Orleans, the group collects used wine, liquor, beer bottles and other glass then uses equipment to pulverize it to sustainable, recycled sand.

When creating Glass Half Full, the team wanted to create a system that was transparent and accessible and could recycle glass into something functional.

“Instead of trying to take on the unrealistic task of reforming the current system, we decided to look at the glass half full by implementing our own grassroots glass recycling program,” Glass Half Full said in a statement posted on their GoFundMe.

In the last two years, the project has grown considerably. What started as a backyard experiment has now evolved into an impressive setup on the east side of New Orleans.

Since starting the project, the group has recycled nearly 2 million pounds of glass into sand. “It’s just so clear how much demand there is and how much people want to recycle and want to do the right thing,” said Trautmann.

One of the things being made through the recycling of glass is the sand used for sandbags during hurricane season. Sandbags are the most common way to protect property from flood damage caused by a hurricane, according to new world climate.

In addition to sandbags, the sand being made is also being used for art and eco-friendly construction projects. The sand is also used for coastal restoration and disaster relief in Louisiana.

Glass Half Full offers free drop-offs for glass every Monday, Wednesday and Saturday at a location for any resident from any parish of Louisiana. Businesses can sign up for commercial pick-up or drop-off with the organization.