Made In China: Researchers Recreate Trousers That Were Like The Versace Of The Ancient World 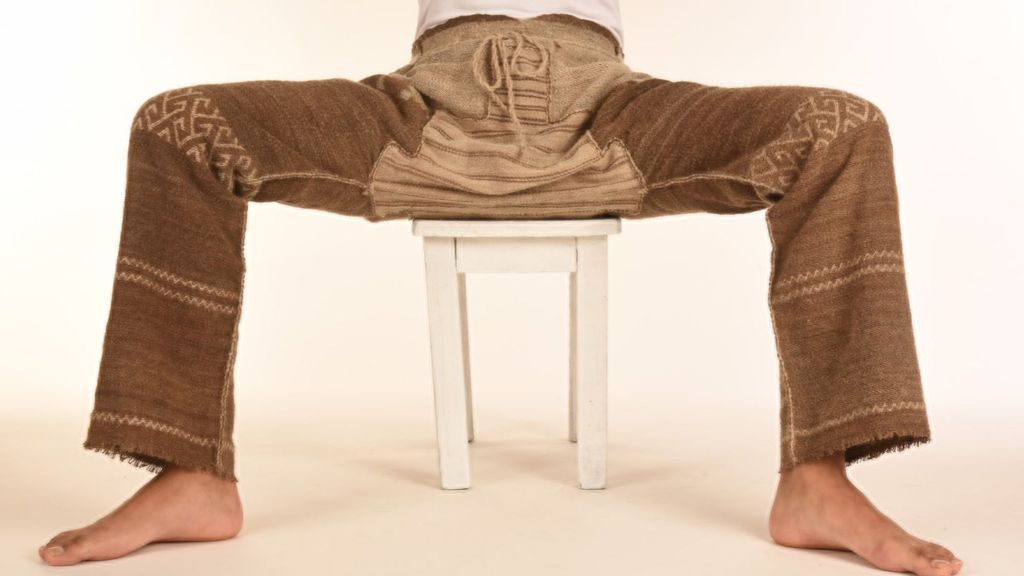 Researchers recreated a 3,000-year-old pair of trousers down to the last detail. To test the pants — touted as the precursor to modern jeans — the researchers even rode horses while wearing them, as the original owner would have done. (D. Hosner, DAI/Zenger)

A pair of well-preserved trousers, believed to be the world’s oldest, are so stylish, they were like the Versace of the ancient world, according to researchers who have reproduced three identical pairs of the pants.

Trying to learn its secrets, a team of historians, archeologists, geologists and fashion designers have been analyzing the ancient trousers for five years, examining its materials and stitching.

Made in China, the slacks belonged to a man believed to have lived between 3,000 and 3,200 years ago.

The trousers were discovered in an old tomb during road construction work in the city of Turpan in the northwestern Chinese region of Xinjiang.

A team of scientists working in the city of Chemnitz in the eastern German state of Saxony decided to reproduce them to examine how they would have looked when brand new. The copies are identical to the original, right down to the wool being spun in the same way as in ancient times.

The results of the team’s work went on display at an exhibition hosted by the State Museum of Archeology in Chemnitz last Friday, March 4.

“We wove three almost identical pairs of trousers to see how it worked back then,” said Mayke Wagner, 58, of the German Archeological Institute.

To test the pants — touted as the precursor to modern jeans — the researchers even rode horses while wearing them, as the original owner would have done.

The team found that the slacks were made from wool taken from sheep similar to today’s Skudde breed, found in Estonia, Germany, Latvia, Lithuania and Switzerland.

Wagner described the wool, which would have been fashioned into the trousers using a kind of homemade back loom, as “coarse-haired, not too soft.”

“The thread was kept taut by bending back and forth while weaving. The fabric was stable in the end but also elastic for a tight fit,” she said.

Such trousers were worn by horsemen in Siberia and parts of China. This is attested to by the pattern on the knees, which can also be found on ceramics from the period.

“The trousers are a masterpiece,” said Wagner, noting that the weavers cut the three components of the trousers separately, as the trousers are not made from one large piece of woven fabric. Rather, they wove the parts into shape and then sewed each piece together.

“The trousers are practically woven to fit the wearer — skin-tight fashion 3000 years ago. With the gusset connecting the two legs, it was also an absolute novelty in the fashion world at the time. Before, only leg warmers were known,” said Wagner.

“The design was extremely chic and super hot. Today, it could compete with Versace,” she said.