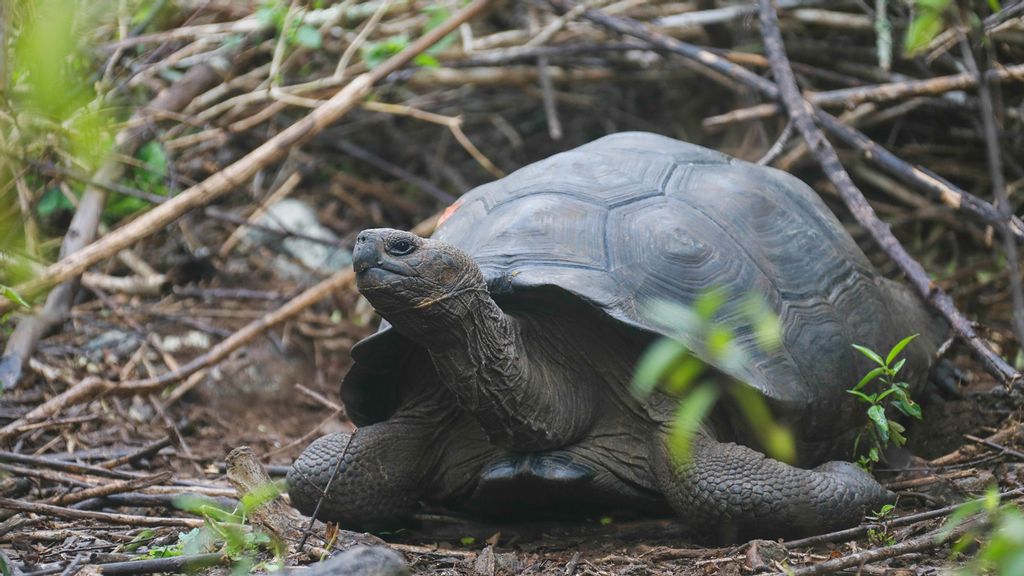 The species of giant tortoise that inhabits San Cristobal Island, initially thought to be Chelonoidis chathamensis, was found to genetically correspond to a different species, not yet described. (Galápagos National Park/Zenger)

Researchers say they have identified a new species of giant tortoise in the Galápagos Islands.

Until now, the species of giant tortoise inhabiting San Cristobal Island, the easternmost island in the Galápagos archipelago, has been known as Chelonoidis chathamensis.

However, studies carried out recently by Newcastle University, Yale University, the Galápagos Conservancy and other institutions indicate that these giant tortoises are genetically different from the species identified as Chelonoidis chathamensis.

Genetic studies of Galápagos giant tortoises began in 1995, and all surviving species were described by the end of 1999, which is when the study of the Chelonoidis chathamensis species began.

Researchers have now found that the nearly 8,000 tortoises that live on San Cristobal Island today cannot be Chelonoidis chathamensis but in fact, are a new, not yet described lineage.

It is believed that the originally identified species is now extinct and that the two giant tortoise species used to coexist on the island at one point.

The researchers are now working on recovering more DNA from what they consider to be the extinct species to confirm their findings and to determine how the two species are related.

They have suggested that the name Chelonoidis chathamensis should be assigned to the extinct species and that the living species should be given a new name.

In mid-January of this year, a group of 43 endangered giant tortoises — born and raised in a breeding center on Isabela Island, the largest of the Galápagos Islands — were being returned to their natural habitat in a remote part of the Sierra Negra volcano.

“The Sierra Negra volcano is home to four populations of giant tortoises that until now were considered to be the same species (Chelonoidis guntheri), although they remain geographically isolated,” the Ministry of Environment, Water and Ecological Transition had said at the time. “However, there are important morphological differences between them, so the corresponding genetic studies are being carried out to rule out that they are different species.”

The Galápagos Islands are an archipelago of volcanic islands located in the Pacific Ocean, west of continental Ecuador.

The islands are known for the large number of endemic species that were studied there by English naturalist, geologist and biologist Charles Darwin in the 1830s.