VIDEO: Ukraine Refugees Arriving In UK Have To Abandon Their Pets 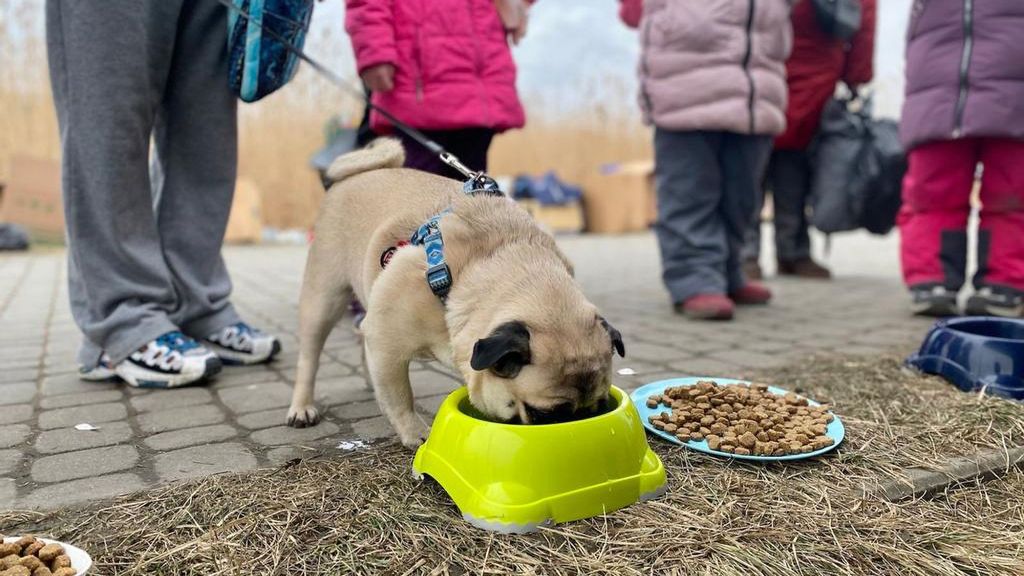 Animal-rights organization PETA is giving food and water to people with animal companions at the UK border. (PETA/Zenger)

Ukrainian refugees arriving in the United Kingdom will have to abandon their pets and other animals they bring with them. Unlike the European Union countries, the UK has not relaxed rules for animal entry.

Elisa Allen, PETA UK director, wants to see a fast-tracked quarantine process. She told Zenger: “There’s enough inhumanity in this dreadful war without the UK adding to it.”

Animals entering the United Kingdom can currently be quarantine for up to four months, according to the government.

The revelation comes as the Ukrainian ambassador to the United Kingdom, Vadym Prystaiko, said there were delays regarding his wife being granted a visa, according to BBC News. He criticized Britain’s “bureaucratic” system.

The Home Office is reportedly under intense pressure to speed up the process after it was revealed it had granted an estimated 760 visas to date.

Allen said: “Many EU countries have now relaxed entry requirements for companion animals, which normally require them to be vaccinated and microchipped and have had a recent rabies antibody test before entering the country.”

Refugees hoping to stay with family in the UK have to abandon their beloved animal companions — which many will not do. That leaves these families with nowhere to go.

Allen believes the UK could loosen entry requirements and set up controlled entry for non-vaccinated and non-microchipped animals to eliminate any risk of rabies. After a period of quarantine, the animals could be reunited with their families.

“In these desperately difficult circumstances, it would be unconscionable not to offer whole families — including animal companions — refuge in the UK.”

To date, PETA entities have brought nearly 250 animals from Ukraine to safety in Poland, but there is still much more to do, and new missions are planned daily, according to Allen.

A network of volunteers is taking cats and dogs from all over Ukraine to a shelter in Lviv. PETA then brings them to shelters in Poland. From there, they can be reunited with their families or adopted into new homes in Poland or other parts of Europe.

“Anyone who wishes to help those fleeing from the war in Ukraine can urge government officials to relax the regulations around entry with companion animals to help keep families together in these tragic times. Visit PETA.org.uk for more information, including updates on the rapidly changing situation.”

The United Nations said two days ago that the number of refugees fleeing Putin’s war has surpassed 2 million.

The U.N. High Commissioner for Refugees has praised European countries welcoming the refugees. Filippo Grandi said: “The response by Europe has been remarkable.” He added that a European Union temporary protection directive, announced March 3, “offers the refugees security and options, a chance for stability during a time of great upheaval.”