VIDEO: Shopper Hit By Car Asks Paramedics If His Six-Pack Of Beer Is OK

A Florida man was injured when a driver lost control and smashed into him as he left a convenience store.
By Lee Bullen March 11, 2022
Facebook
Twitter
Linkedin
Email 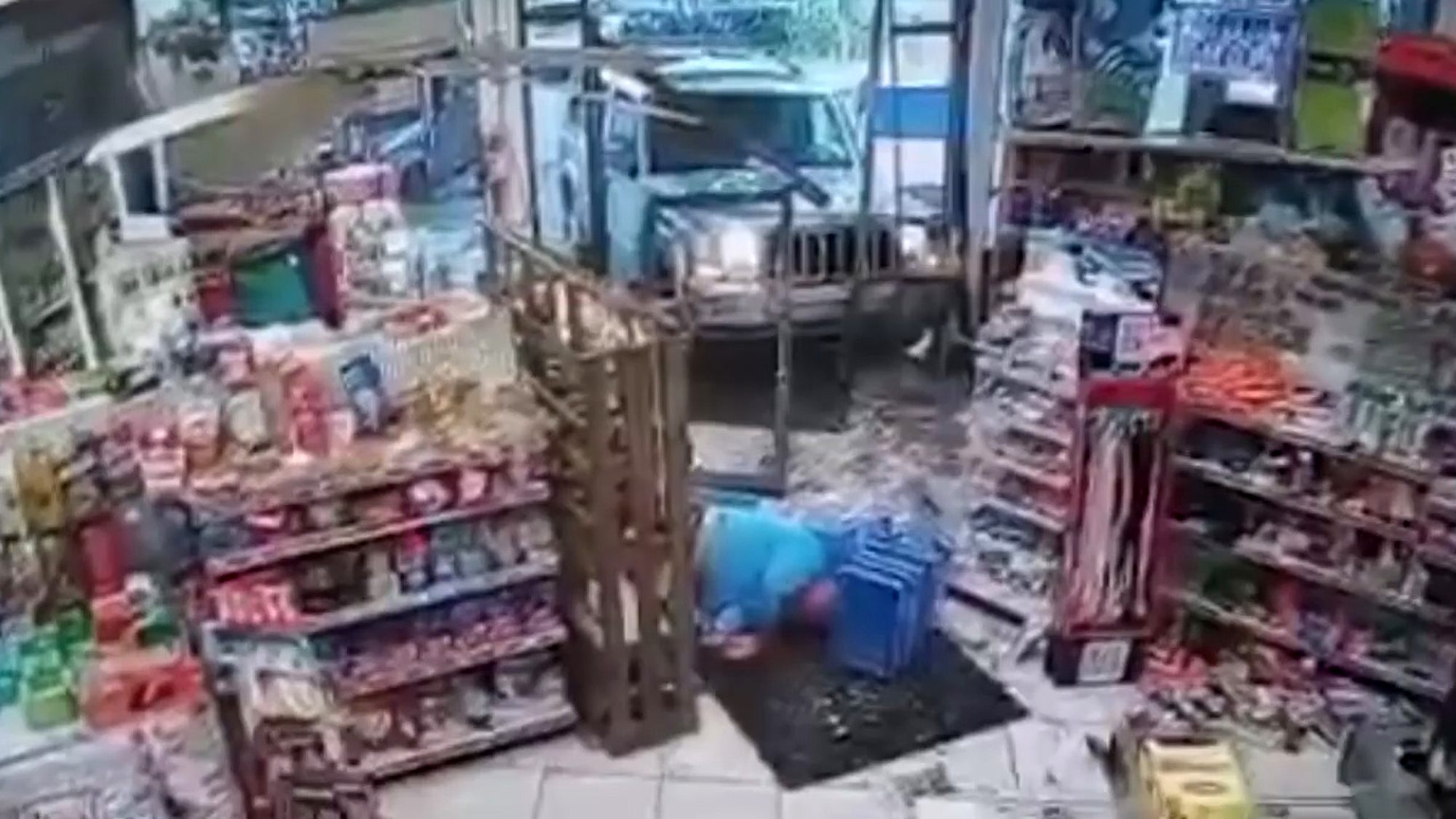 A car smashed through the front doors of a Martin County, Florida, convenience store and hit a man, who was concerned about the state of his beer. (Martin County Sheriff's Office/Zenger)

A young driver stepped on the wrong car pedal and plowed into a shopfront, sending a man flying. His question to paramedics was whether his six-pack of beer was OK.

In the video clip, the shopper is seen heading to the exit with his beer as a motorist pulls into a parking space at the front of the store.

The driver apparently stepped on the gas, rather than the brake, and sped into the store, wrecking the doorway and sending the man — and his beer — flying a few feet.

The man is seen lying motionless on the shop floor as the video comes to an end.

Martin County Sheriff’s Office shared the video on social media on March 9 with the message: “Just short of a miracle, the victim in this video is expected to recover after being hit by a vehicle that crashed through the front doors of this store.

“The crash happened at the Plantation Pantry on Hutchinson Island last night. The 21-year-old driver said she meant to hit the brake, but missed.”

The victim was transported to the hospital with injuries to his face from the glass breakage. He is expected to recover.

The police added: “While first responders tended to the victim, he was talking and remained in unusually good spirits, asking deputies if the beer he just purchased was OK.”

The police said careless driving charges against the driver are likely. The public will be updated as information becomes available.

The man was expected to make a full recovery.

Also in Florida, in Sarasota in late January, a Mustang hit a crowd gathered at a car meet in front of a Sarasota Lamborghini dealership, according to News Channel 8. Video of the accident was uploaded to social media. Cars are seen zooming past a crowd on Clark Road until a black Mustang veers off course and rams into several people. According to the Sarasota County Sheriff’s Office, no one was seriously injured.

in Columbus, Ohio, a woman was arrested for allegedly trying to hit a retail store employee with her car, then striking another. Tianna Harris, 20 of Indiana, was charged with two counts of felonious assault. The Columbus police said the two employees tried to stop Harris and another woman from stealing from their store, according to ABC6. Both victims were expected to survive.