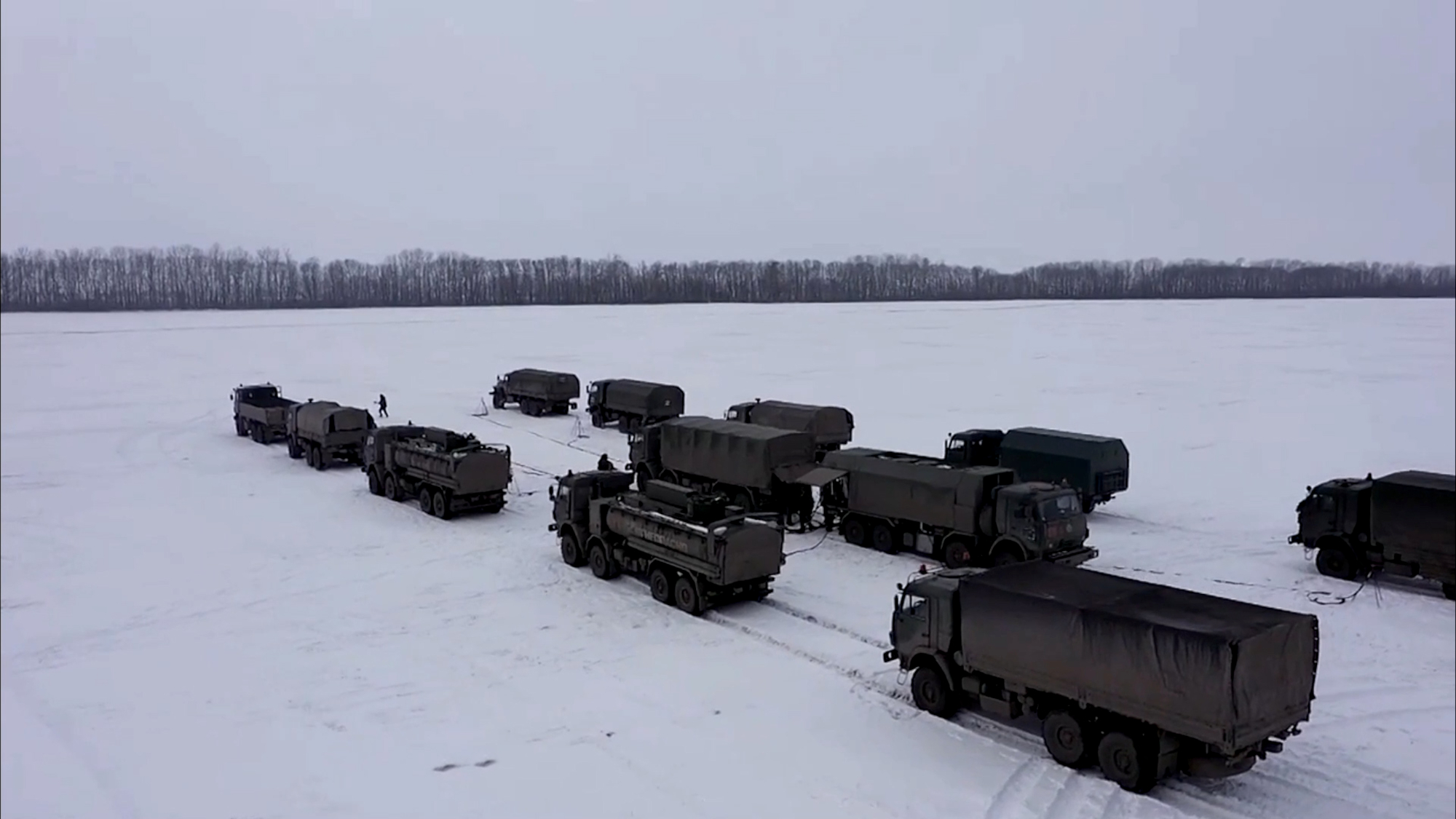 Russian military officials appear to be attempting to counter allegations that their troops are beset with logistics problems by issuing a slick PR video apparently showing the opposite.

The move comes after reports surfaced that a huge Russian military convoy has been stranded for days, allegedly without fuel or food, while trying to reach Kyiv, the Ukrainian capital.

The images released appear to show the Russian logistics operation running smoothly and efficiently, supplying food and equipment to Russian military personnel in Ukraine, with so much food to go around that the Kremlin says they are even feeding the local populations and offering their troops steamy, hot baths and showers for “relaxation and hygiene.”

The video, released by the Russian Ministry of Defense on March 10, appears to show soldiers cooking meals, baking bread and repairing and refueling equipment in the field, in what the Russian government is still calling a “special military operation.”

“Deployed mobile bakeries are capable of baking up to six tons per day, which allows us to provide bread for both troops and the local population,” said the statement accompanying the video. “Each bakery is able to start baking bread in an hour after deployment at the new location.”

The Russian military also appeared to claim that it was setting up hot tubs in the field so its tired soldiers could relax a bit. “Also for recreation and personal hygiene, there are mobile field baths, designed for washing personnel in the field. The capacity of each bath is more than 30 people per hour.”

It also said that there is a pumping station, which allows water to be drawn from natural sources, with a further purification process, for use when washing.

The Russian military emphasized that “one of the most important issues of logistics is the organization of repair and refueling of equipment.”

“Specialists of the fuel and lubricants service organized [the] refueling of wheeled and tracked vehicles at each filling point using the latest automobile fuelers based on Kama vehicles, with the help of which it is possible to simultaneously refuel 10 units of equipment,” the statement said.

“This method of refueling will reduce by several times the refueling time.”