Police Recover Escaped Zoo Penguin On The Streets Of Budapest

The unusual escapee was caught when it waddled in front of a patrol car.
By Joseph Golder March 11, 2022
Facebook
Twitter
Linkedin
Email 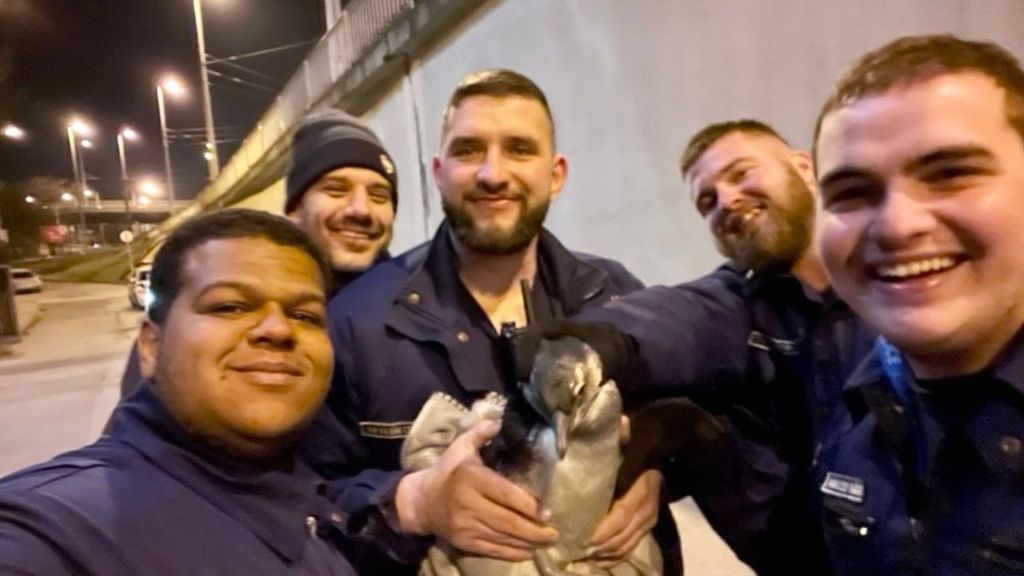 A penguin escaped from a Budapest, Hungary, zoo and was caught when it waddled in front of a patrol car.

The Budapest Police Headquarters said the incident was tackled by cops in the 14th district of Zuglo, in the capital city.

In their statement, they reported: “An unusual escapee was caught and kept cool by our colleagues on a busy road of the capital.”

The police said they spotted the penguin on a busy road. “Zuglo policemen were greeted by a sight not usually seen by traffic officers on Gyorgy Dozsa, where a penguin illegally ran out in front of their patrol car.”

The police said they stopped traffic in order to catch the bird, which appeared to be in the mood for a walk.

They said: “The police and the citizen guards of Zuglo, who serve with them, stopped traffic on the road during the time of restraining the adventurer who was in the mood for an early morning stroll. They then carefully caught the wayward bird and wrapped it in a blanket.”

The police said they notified the zoo immediately of the capture, before taking a selfie with their unusual suspect.

The police added: “The stray penguin was safely brought to its home by the police and citizen guards that handed it over to the staff of the Capital Zoo.”

The Zoo and Botanical Garden in Budapest is the oldest zoo park in Hungary and one of the oldest in the world. One of its attractions is Taiko, a polar bear cub. Another is Sasha, the male Siberian tiger.

There was no word on how the penguin, known as Sanyika, escaped his home.

Sanyika is an African or Cape penguin, and doesn’t crave the freezing temperatures of the Antarctic. The species can live up to 30 years in captivity and 20 years in the wild. It can grow 26 to 27 inches tall and weighs between 4.4 and 11 pounds.

Police were sent on another usual animal hunt in January.

Two months ago, British police tracked a gray seal wandering around the Grimsby, England, town center. It was spotted outside a lawyer’s office. Grimsby, on the south bank of the River Humber, on the North Sea coast, is home to 40 percent of the world’s population of gray seals, according to the U.K.-based group The Wildlife Trusts. Cleethorpes Wildlife Rescue brought the animal to a seal sanctuary.

«Previous Post
For Israelis, The Outpouring Of Aid To Ukraine Is Personal»Next Post
Jerusalem’s New Butterfly House First Of Kind In Israel