DST Or Standard Time? 5 Things To Think About Before You Make Up Your Mind

If the decision were made to stick with either permanent daylight saving or permanent standard time, what would that look like?
By Thomas Leffler March 11, 2022
Facebook
Twitter
Linkedin
Email 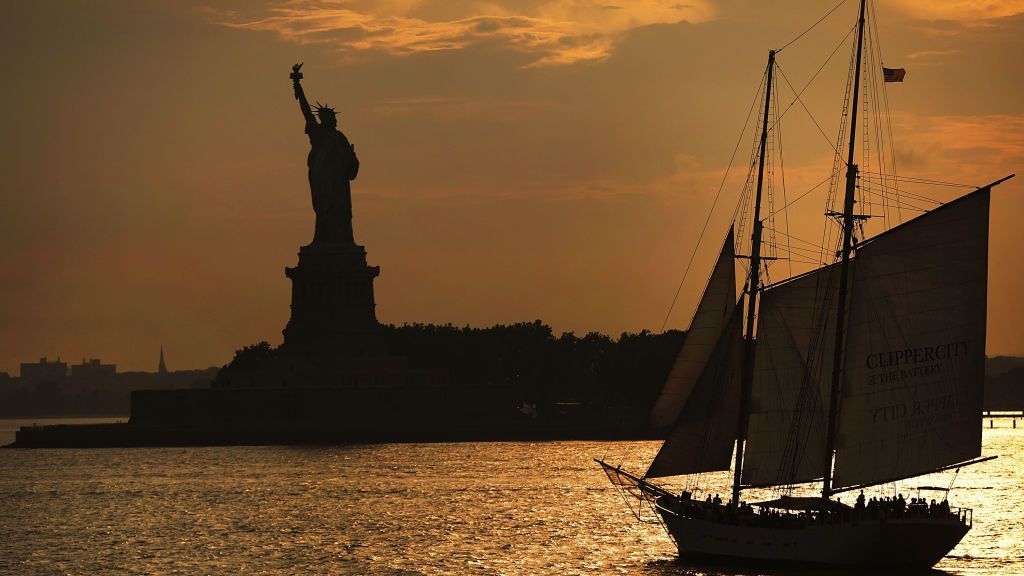 A shift to permanent standard time would bring an unusually late sunset during the summer in New York City. (Spencer Platt/Getty Images)

Each year, the shift back and forth between daylight saving time and standard time triggers a debate over which one to stick with permanently. With the annual “spring forward” to daylight saving time hitting the United States on the second Sunday of March, many are preparing themselves for yet another one-hour shift in daylight patterns and sleep schedules.

Currently, Arizona and Hawaii are the only states that remain on standard time year-round (though the Navajo Nation in Arizona does observe daylight saving time), while many others have begun efforts to switch to permanent daylight saving time. With proponents for both sets of time, what factors fuel the debate? Here are five aspects of everyday life that are affected by the change that may help determine which side you support.

If the decision were made to stick with one of the two options, either permanent daylight saving time or permanent standard time, what would that look like? What would it feel like for citizens in different parts of the country?

The shift in daylight hours on the East Coast, for example, would provide some interesting results during winter and summer solstice. According to a calculator provided by the National Oceanic and Atmospheric Administration, a winter solstice Boston sunrise during standard time is approximately 7:10 a.m. EST. Standard sunset time on this date occurs at 4:14 p.m. A permanent shift to daylight saving time would cause the sunrise and sunset to be at 8:10 a.m. and 5:14 p.m., respectively. On summer solstice, the day of the year with the longest amount of daylight, standard time has Boston’s sunrise at an extremely early 4:07 a.m., with sunset at 7:24 p.m. A shift to permanent daylight saving time shows a summer solstice sunrise in Boston at 5:07 a.m., with sunset at 8:24 p.m.

Another major-market extreme when it comes to time shifts can be found in New York City. If standard time were to become permanent, late June and early July in the city would have an incredibly late sunset of 9:30 p.m. Extremes also can come with switches to permanent daylight saving, specifically on the west coast. In the Los Angeles area, sunset times during late November and early December would arrive as early as 3:45 p.m.

Even in smaller markets, a change to one permanent time can have a massive impact. The city of Fortuna, North Dakota, is known to have the latest sunset in the 48 contiguous United States due to being on the extreme northwestern edge of the Central Time Zone. In late June, the sunset in the city can be as late as 10:03 p.m. A shift to permanent standard time would make the Fortuna sunset not appear until after 11 p.m.

While the one-hour time difference between standard and daylight saving time may be inconsequential for some, others certainly feel the shift, particularly those with preexisting physical and mental health conditions.

“The sleep disruption that results from changing the clocks twice a year can affect the amount of sleep we get and our ability to maintain a consistent sleep-wake schedule,” Dr. Anite Shelgikar, Clinical Associate Professor of Neurology at the University of Michigan, previously told AccuWeather. “Sleep disruption and poor sleep quality can worsen symptoms of many mental health conditions. For those who receive mental health treatments, sleep disruption can make those treatments less effective.”

Those pushing for a permanent switch to daylight saving time may have to answer for other health risks associated with the time shift. Research by the University of Texas Southwestern Medical Center has shown that living on the western border of a time zone, similar conditions to a permanent DST, can “drastically weaken” individual immune systems and make populations more susceptible to ailments such as heart attacks and cancer.

A shift to year-round standard time would have its own health risk in the form of vitamin D deficiency, an affliction over 40% of American citizens deal with according to a 2018 report by Cleveland Clinic Mercy Hospital. If standard time were to become permanent, less sun in the evening hours when residents are outside would reduce the amount of natural vitamin D they would receive from the sun.

Proponents on both ends of the daylight saving and standard time debate have argued about public safety and how the time shift changes safety efforts.

Those who push for permanent daylight saving time point to statistics showing the time shift would bring down criminal activity. In a study published in 2015, economists Jennifer Doleac and Nicholas Sanders analyzed data showing that during the daylight saving shift robberies decreased by around 7% overall and 27% during the evening hours.

“Most street crime occurs in the evening around common commuting hours of 5 to 8 p.m.,” the economists concluded, “and more ambient light during typical high-crime hours makes it easier for victims and passers-by to see potential threats and later identify wrongdoers.”

The positives of longer late-day stretches of daylight are countered with negatives, mainly in the workplace and on the road. Research using U.S. Department of Labor and Mine Safety and Health Administration data showed that daylight saving time changes in March led to a 5.7% increase in workplace injuries.

The research also showed that up to 68% more workdays were lost due to these injuries, highlighting the severity. Auto accidents are also a factor during the time shift, as a 1999 Johns Hopkins and Stanford study on fatal car crashes showed that approximately five more deaths take place in accidents on the Monday following the daylight saving shift than on an average Monday.

One of the key factors in the debate has been the economic impact, which was the impetus for daylight saving time over a century ago. The time shift was brought to the United States in 1918 as part of World War I efforts, with an eye toward saving an hour’s worth of fuel required to light and heat homes.

While light and heat are no longer the key economic concern, proponents of DST point to increases in retail sales during the eight-month period the country spends in the time shift, thanks to consumers being out longer shopping after work. DST has been a boon to several industries that rely on later sunsets, such as the golf industry, which reported in the 1980s that one month of the time shift was worth up to $400 million due to the extended evening time spent playing the game. The figure was presented as part of a 1986 effort to lobby Congress into extending the DST period from six to seven months and in 2022 dollars translates to more than $1 billion in revenue.

Of course, certain gains can also come with potential expenses as well, particularly the effect the shift to DST can have on workers. The disruption in normal sleep patterns created by the change to DST, notes German chronobiologist Dr. Till Roenneberg, can lead to decreases in worker productivity, as well as general quality of life.

Whichever way the debate swings, the least-impacted field may be the one of technology. Due to technological advances, many important devices have set automatic updates when it pertains to time shifts.

While most devices do not need to be set forward or backward any longer, some complications can be felt if a switch is made between daylight saving and standard time. One such issue can take place in travel applications and scheduling software, which can create commute disruptions for public transit if not correctly updated.

Wherever you may fall in the debate, the arguments will last through one more daylight saving period, meaning those on both sides will have to endure the March time shift. Previously, Shelgikar told AccuWeather that some common ways to cope with the change are to limit afternoon caffeine, avoid electronics at nighttime and utilize a “wind-down routine” before going to bed.