VIDEO: Florida Man Filmed By Cop Chopper Crashing Into Cars And Fence After Being Rammed In Chase

Suspect allegedly got in a fight and fled on a carjacking spree.
By Joseph Golder March 10, 2022
Facebook
Twitter
Linkedin
Email 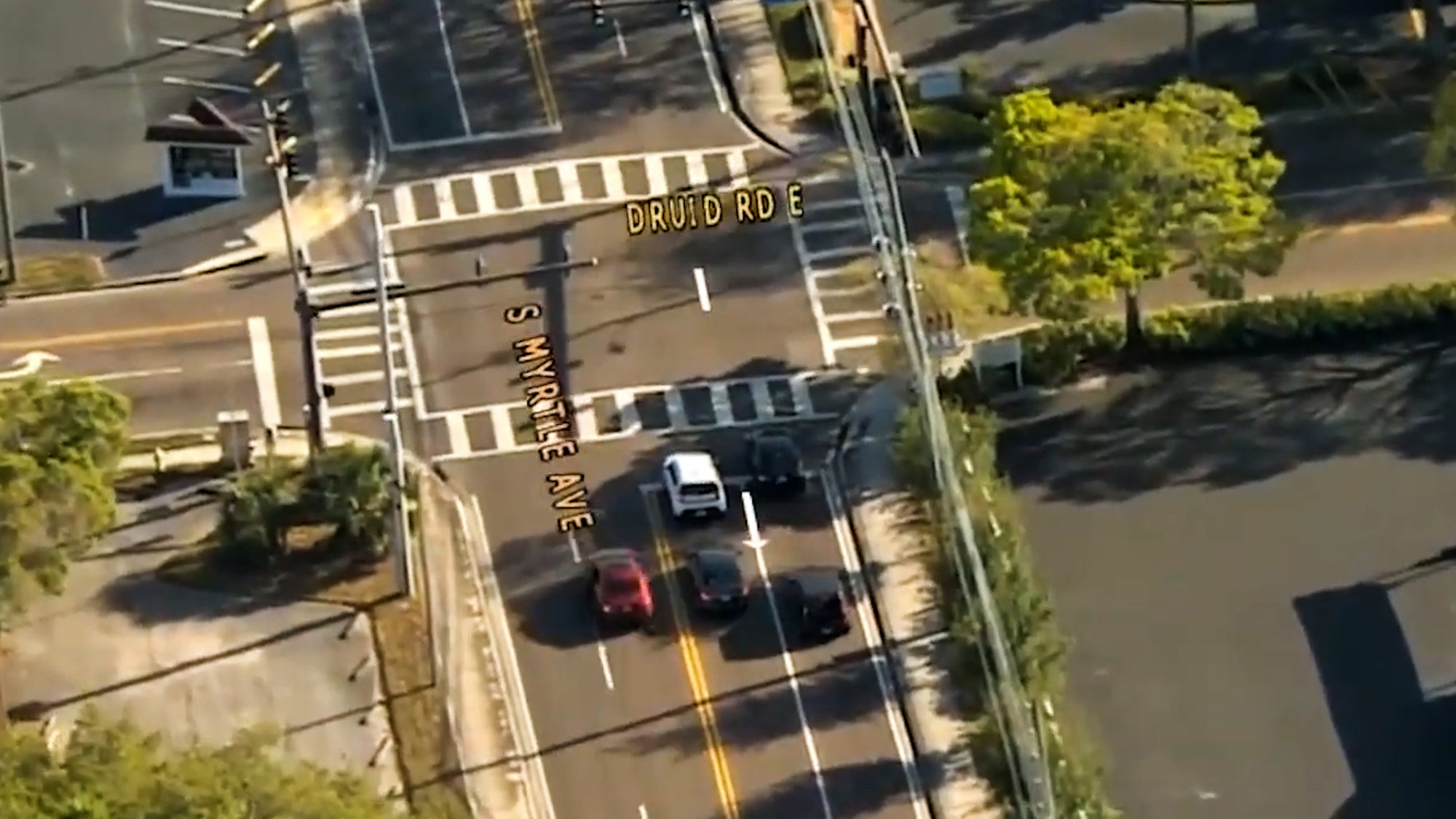 The screenshot from a video shows Pinellas County Sheriff's officers chasing after a car-jacking suspect on March 6, 2022. (Pinellas Sheriff/Zenger)

A police pursuit in coastal west-central Florida of a man suspected of carjacking several cars ended when a Mustang convertible he was driving crashed into other vehicles and smashed through fences.

The suspect, identified as 27-year-old Kenneth Lunford Jr., was arrested and charged with 31 offenses by the Pinellas County Sheriff’s Office.

The police said Lunford had gotten into a fight with another man following a drug deal, stole the man’s car and fled the scene.

The video footage, filmed by a hovering police helicopter, shows the suspect in a red vehicle going through red lights, with the driver’s side door open and “flapping in the wind,” as the police officer in the helicopter put it. The suspect “nearly causes a head-on collision” while driving on the wrong side of the road.

This prompts an unidentified police officer believed to be on the ground to state: “He has to be stopped.”

A short while later, the red vehicle comes to a stop, and the driver is seen bailing out and attempting to carjack another convertible, but it speeds away.

The suspect then gets back in the red car and speeds off down the street before getting out a short while later and carjacking the black Mustang. The police officer in the helicopter can be heard telling his colleagues: “He just carjacked this Mustang. He is taking off in a black convertible Mustang.”

Another cop can be heard saying: “Okay, I’m getting amped up now.”

As the chase goes on, the police were seen on the video attempting to ram the black Mustang, eventually causing it to crash into another car before the driver eventually crashes into fences and attempts to flee on foot, running through mangroves.

Police pursued the suspect, who can then be seen hiding in the mangroves by a body of water before jumping into it and starting to swim. At least three police officers quickly arrived on the scene and trained their firearms on the suspect, who stopped swimming as more officers arrived.

In the video, the suspect’s many near-misses with both cars and pedestrians included a man pushing what appeared to be a stroller, who had to run to avoid being hit, but police said that there were no significant injuries reported throughout the incident.