Fish-eating pelicans at a reservoir in Utah have been found to prefer local chubs and suckers to cutthroat trout.
By Martin M Barillas March 10, 2022
Facebook
Twitter
Linkedin
Email 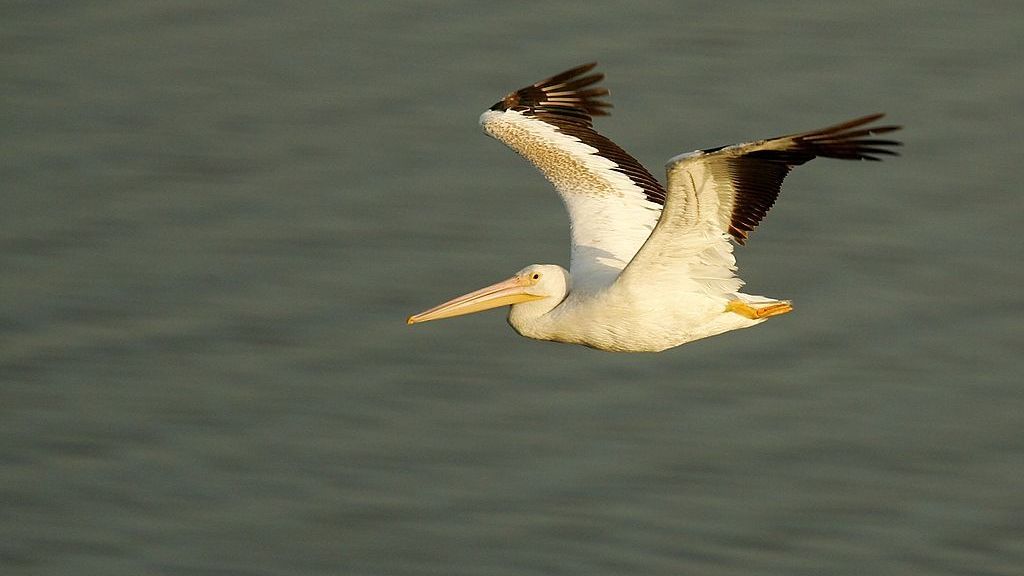 Pelicans are picky eaters, say researchers who examined the dietary choices made by the fish-eating birds at a reservoir in Utah.

American white pelicans feast on native fish such as the Utah sucker but leave game species such as the cutthroat trout alone, according to new research by Utah State University scientists.

Strawberry Reservoir is one of the most popular fishing spots for anglers in northern Utah. But when migratory birds fly from the deserts of the Great Basin, they linger at the man-made body of water — to go fishing.

Recognizing the economic importance of sport fishing to the state and the cost of stocking the reservoir with game fish, researchers had to determine how a feature so new to the landscape functions on an ecological level. They also studied how the pelicans interact with the various populations of fish.

“Cutthroat trout are fast swimmers and can out-swim native chubs and suckers, and they stay too deep for pelicans when they are out in the open water,” said Phaedra Budy, lead author of a paper published in the Canadian Journal of Fisheries and Aquatic Sciences. “Pelicans eat what they can easily catch, and chubs and suckers are relatively slow swimmers and like [a] shallow habitat where they are easy for pelicans to catch.”

Over the last 20 years, the census of cutthroat trout in the reservoir has varied from the 2007 high of 464,000 adult fish to lows of approximately 220,000 in both 2012 and 2014. Stocking and maintaining game fish is expensive. Meanwhile, the death of cutthroat trout has been blamed on predation by other fish, predation by pelicans, harvesting and release by anglers and age and disease.

To find out whether pelicans are to blame, the team examined exactly what these birds like to eat.

For the most part, pelicans eat local fish species. During the two years of the study, the scientists found that the pelicans’ diet was made up of 85 percent Utah suckers, 6 percent Utah chubs, 3 percent cutthroat trout and 6 percent other prey. Because chubs and suckers are prolific native fish, with an expanding population of some concern, it was good news to wildlife managers that pelicans prefer them.

This underscores research conducted by the university in 2016.

During cutthroat spawning season at the beginning of May and into mid-June, diet samples were taken from pelicans. The researchers found that the birds ate more Utah chub (24 percent) and cutthroat trout (10 percent), even while Utah suckers still made up most of the birds’ diet. They also found that pelicans ate only one percent of the adult population of cutthroat trout in the reservoir.

The cutthroat trout is a cagey species, according to the researchers, because they quickly swim away when they sense the shadows of boats. Utah chubs and suckers are not as wary or concerned about fishers.

Pelicans form barriers or feeding “fences” when they line up at the edge of a reservoir to block spawning tributaries when young cutthroat trout are migrating to deeper waters. Wildlife managers wanted to know if there were ways to stop pelicans from scooping up young trout while they swam in shallower water.

“Because pelicans are highly visible and congregate in large numbers at Strawberry Reservoir, anglers assume that they are eating tons of trout,” said study co-author Frank Howe. But, he says, the study demonstrates that pelicans and anglers are not interested in the same fish.

“Knowing that the impact from pelicans to cutthroat trout is minor and short-lived will let managers focus on more important factors impacting trout populations at the reservoir,” he said.

Howe and colleagues found that trout at Strawberry Reservoir swam into spawning streams even when the pelicans were there. But days with the highest recorded densities of pelicans also saw delays in trout travel. Therefore, the scientists developed a threshold number of pelicans for wildlife managers to use as a rule of thumb for dispersal to save the trout in the long run.

By eating native chubs and sucker fish, the pelicans may be removing competing native fish in far greater numbers than wildlife managers can do themselves and at no cost, said Budy.

Game fish at Strawberry Reservoir include sterilized rainbow trout, cutthroat trout, kokanee salmon and crayfish. In 1990, the reservoir was poisoned to eliminate all aquatic life in an effort to eliminate so-called “trash fish” such as the Utah chub. However, soon afterwards, Utah chubs reappeared. Cutthroat trout were introduced to predate on the chub. Currently, there are strict catch-and-release regulations in place for game fish.

Another challenge has been the unhealthy level of phosphorus introduced by the Strawberry River because of cattle grazing along its banks. A program of planting grasses and trees was completed in 2019 to improve the wildlife habitat and reduce phosphorus, even though grazing was still permitted.