Legal problems arise if surrogates give birth in other countries. She, and not the biological parent, will be declared the mother.
By Joseph Golder March 9, 2022
Facebook
Twitter
Linkedin
Email 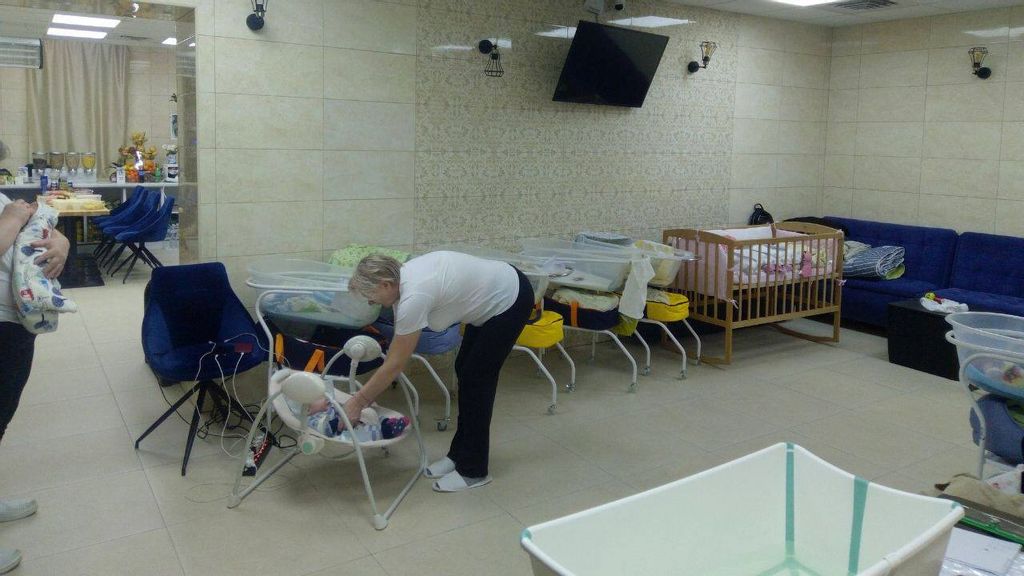 The Ukrainian surrogacy company BioTexCom cares for their clients and their babies in a bomb shelter. (BioTexCom/Zenger)

A surrogacy clinic in Kyiv now operating out of a bomb shelter gave pregnant women a dire warning. Those who flee Ukraine will have to keep the babies unless they return to the war-torn country to give birth.

Denis Herman, who works as a legal adviser for the BioTexCom surrogacy clinic in the Ukrainian capital Kyiv, said in an interview that several pregnant women had left the country. It was arranged they would “return closer to the due date of delivery.”

He said BioTexCom has advised their surrogate mothers “not to give birth in third countries, because the countries located next to Ukraine prohibit surrogacy.”

If they do, Herman worries there will be “lots of problems with the paperwork and establishing a parent-child relationship. Under the legislation of these countries, a legal mother is always a woman who gave birth to a child regardless of a genetic relationship.”

The clinic has arranged for a special bombproof shelter to be turned into a maternity ward to shelter the expectant mothers to avoid legal problems and ensure safety.

He said: “The roads are very risky, and the railway stations are still overcrowded, There is a risk for the health of the surrogate mother and the unborn child.”

Ukraine is one of several countries where commercial surrogacy is legal, with clinics and private agencies offering such services. That reality has fueled what has been dubbed “rent-a-womb tourism,” critics of which say it exploits vulnerable women.

Herman said surrogate mothers are worried the parents who paid them to carry their children will be unable to collect their babies after birth.

The organization assists these women with relocation, if needed. But with the shelling, security and safe harbor in Ukraine cannot be guaranteed.

“We are in constant contact with all the surrogate mothers, we assist them in relocation if needed. For example, one of our surrogate mothers lives in a region severely affected by the war. She asked us to let her live at our apartment with her child, while normally we would ask her to find a nanny for her child and pay her expenses. The next day after she moved, the attack destroyed a house where she intended to leave her child.”

Earlier in the week, shortly after Russian forces invaded the country, one surrogate baby was born in a temporary air-raid shelter and handed over to his biological parents. They were forced to flee on snow-covered roads in the dead of night.

Alfonso was born in the makeshift bunker in the basement of a maternity hospital in Kyiv on Feb. 26, two days after Russia launched its ongoing military invasion.

According to the Ministry of Internal Affairs of Ukraine, 352 civilians died on the day Alfonso came into the world amid bombs, missiles and sirens. At least 14 of them were children.

The newborn’s biological parents, Eugenia and Sebastian Manoni, captioned a picture of their newborn: “There is no war that love cannot overcome.”

The Manonis first flew to Ukraine in May 2021 to leave genetic material. Everything went as planned, and they received a due date of the end of February.

They returned to Kyiv along with other Argentine couples, who had traveled there for the same reason, when the military invasion began.

The couple and five other Argentine couples received a message from the Argentine consulate telling them to seek shelter in the bunker of the Argentine Embassy in Kyiv. They later crossed the city to welcome their baby into the world.

Eugenia told Infobae: “Although the entire operation had been perfectly orchestrated, there was not much time. Sebastian drove for 17 hours nonstop through fog, snow and terrifying cold.”

Their entire journey was monitored by satellite by the Argentine Foreign Ministry and the embassies of both countries. They finally reached the Romanian border near the town of Siret, only to confront an endless line of traffic.

But they breathed a sigh of relief when they were met in person by the Argentine ambassador and his wife, who had come looking for them.

As the war worsens, other expectant parents now face a dual problem: not just of getting out of Ukraine, but getting in.

Herman said: “We ask the intended parents to stay calm and keep the contact with the embassies. We will take care of their children as long as it is needed.”

A third round of Ukraine-Russia negotiations may allow future humanitarian corridors for fleeing civilians to escape the violence unimpeded.