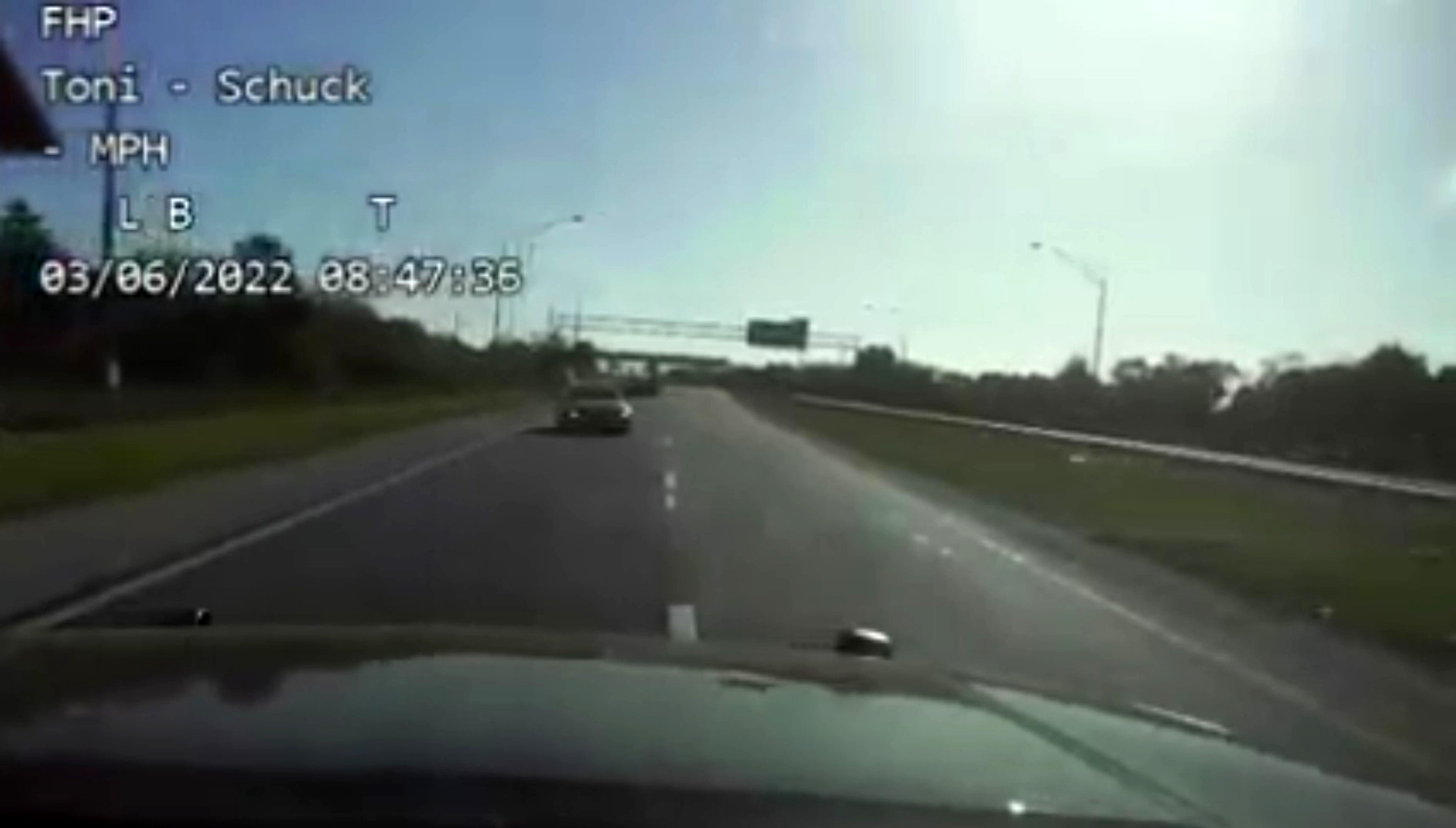 A heroic police officer was badly hurt in a crash in Florida when she deliberately used her patrol car to block a speeding driver heading toward a charity race with thousands of runners.

The Florida Department of Highway Safety and Motor Vehicles said the motorist was heading at high speed to the Skyway 10K Bridge Run in St. Petersburg. The event featured nearly 8,000 runners trying to raise money for the families of the United States Armed Forces.

The incident took place on Interstate 275.

The footage, shot from the police vehicle dashboard camera, shows the officer’s vehicle maneuvering into position as the motorist’s car approaches.

The suspect then plows into the police car at speed. The video clip suggests the camera has been pushed inside the police car. There is only white visible on screen until the end of the footage.

“A drunk driver traveling at a high rate of speed was heading toward the Skyway 10K route and thousands of participating runners. Trooper Schuck responded and drove her vehicle directly into the path of the oncoming drunk driver.

“Thank you for your bravery and self-sacrifice, Trooper Schuck. We wish you a speedy recovery.”

The front of the trooper’s Chevy Tahoe was crushed halfway back to its windshield.

The suspect has been named as 52-year-old Kristen Kay Watts. It is alleged she breached barriers set up after the road was closed to allow the run to take place.

“This driver had blown past several check points, going around traffic cones, going around other officers and had engaged in high speeds,” Trooper Ken Watson told Fox 13.

“There was no time to think. You have to act. Without question, she was the last line of defense,” Watson said of his colleague.

Schuck, who has been in state law enforcement for 26 years, suffered serious injuries in the incident, but is expected to recover.

Watts was also seriously injured in the collision and has been charged with driving under the influence, as well as causing serious bodily harm.