The child's father also jumped to safety. Some 50 people were displaced in the blaze.
By Joseph Golder March 9, 2022
Facebook
Twitter
Linkedin
Email 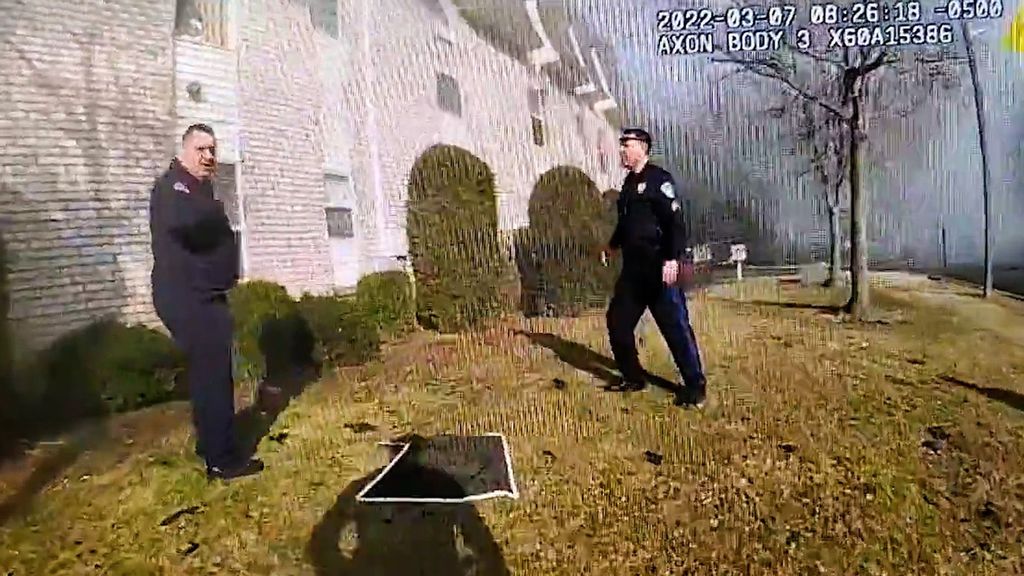 First responders caught a 3-year-old toddler dropped out of the window of a burning building in New Brunswick, New Jersey, on March 7. (South Brunswick Police Department/Zenger)

New Jersey police officers caught a 3-year-old after his dad threw him out of the second-floor window of a burning building.

The father then jumped himself.

The footage shows police officers in front of a building on fire in New Brunswick, New Jersey, early morning on March 7.

The police officers can be seen in the footage telling the man, seen leaning out of his window, that he has to leave the premises immediately.

Spotting a young child, the police officers then repeatedly tell the man to “pass down the baby.” The police officers can be heard reassuring the father. With their outstretched arms, they catch the crying child.

The father, who was not identified, then came crashing down head first. His fall is broken by the police officers and some bushes.

The footage was shared online by the South Brunswick Township Police Department, who said: “Rescue captured on officers’ body-worn camera. Dad throws child out of second-floor window to officers and firefighters, then jumps to escape flames consuming apartment building.”

The police said the father and child suffered minor injuries. It is unclear what started the fire. The police are investigating the incident.

“This dramatic rescue was the result of years of first responders working together,” Fire Chief Perez told NBC News.

The American Red Cross is helping the nearly 50 people displaced by the blaze.

On Feb. 27, some 28 residents of the Suncrest Village apartment building near Route 37 in Manchester, New Jersey, were also displaced by a fire. Firefighters evacuated the building’s 16 apartments, according to Manchester police Capt. Vincent Manco, reported New Jersey 101.5.  Firefighters rescued a person trapped in an apartment, but no residents or firefighters were injured.

A month earlier, on Jan. 24, in Garfield, New Jersey, a two-alarm fire badly damaged a building on River Drive containing a fire-safety business and upstairs apartments. Four residents living in the second-story apartments were displaced, but none were reported injured, said Garfield Assistant Fire Chief E.J. Morano. He also said a police officer was hurt after falling during the blaze, reported northjersey.com.

The business on the first floor of the building was Firematic & Safety Equipment, a fire protection business that has been in operation since 1949.