Death Of A Rainforest: Amazon Near Tipping Point Of Transitioning To Savanna, Study Says

Three-quarters of the rainforest is currently at risk of transitioning.
By William McGee March 9, 2022
Facebook
Twitter
Linkedin
Email 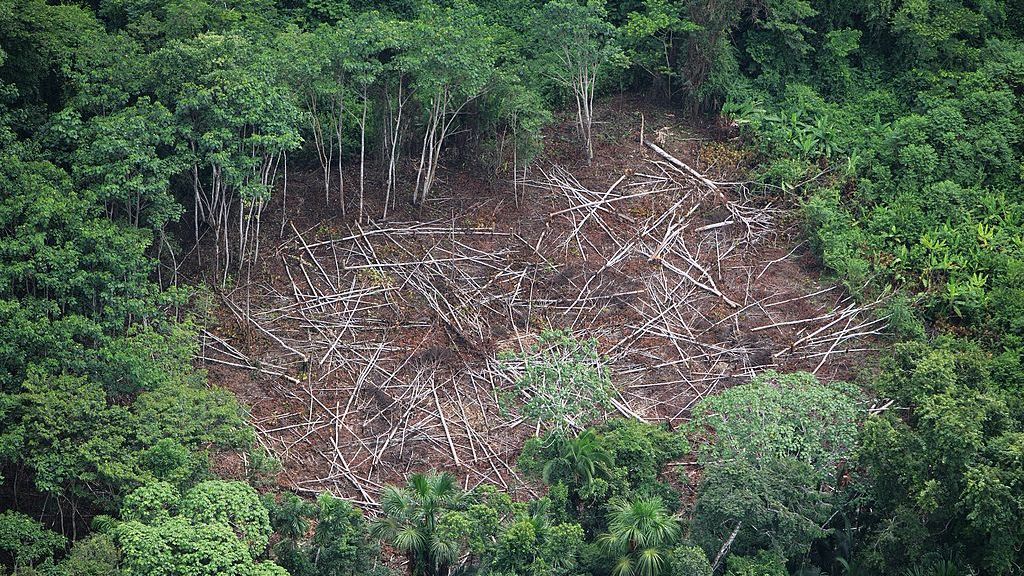 Aerial view of the Northern Amazon on June 11, 2007, in Peru. The pristine forest has borne the impact of roads into the forest and roadside urbanization. The Amazon is under threat from infrastructure development in Peru. (Brent Stirton/Getty Images)

Researchers analyzing changes in vegetation biomass have warned that the Amazon rainforest risks transitioning to savanna — a flat grassland with few trees spaced far apart — with dire consequences for the climate.

The vast Amazon rainforest covers 2.1 million square miles across nine nations. It counts for over half of the world’s rainforest coverage and is the largest and most biodiverse tract of tropical rainforest on the planet.

Chris Boulton and Timothy Lenton from the Global Systems Institute of the University of Exeter, working with Niklas Boers from the Potsdam Institute for Climate Impact Research, have published a study, appearing in the journal Nature Climate Change, showing that the so-called “lungs of the Earth” are at significant risk.

“Reduced resilience — the ability to recover from perturbations like droughts or fires — can mean an increased risk of dieback of the Amazon rainforest. That we see such a resilience loss in observations is worrying,” said Boers.

The authors noted that deforestation and climate change, in the form of longer dry seasons and rising drought frequency, may have already pushed the Amazon close to “a critical threshold of rainforest dieback,” or the point at which the rainforest will transition into savanna.

The researchers used data analysis of high-resolution satellite images to show that “more than three-quarters of the Amazon rainforest has been losing resilience since the early 2000s, consistent with the approach to a critical transition.”

In a statement issued by the Potsdam Institute for Climate Impact Research, Boers starkly warns: “We cannot tell when a potential transition from rainforest to savanna might happen. When it [becomes] observable, it [will] likely be too late to stop it.

“The Amazon rainforest is a home to a unique host of biodiversity, strongly influences rainfall all over South America by way of its enormous evapotranspiration and stores huge amounts of carbon that could be released as greenhouse gases in the case of even partial dieback, in turn contributing to further global warming,” he said.

Evapotranspiration is the process by which water on the land evaporates into the atmosphere along with water being transpired from plants.

Strongly limiting logging and global greenhouse gas emissions “is necessary to safeguard the Amazon,” according to Lenton.

The research forms part of the project “Tipping Points in the Earth System” (TiPES), which is funded by the European Union’s Horizon 2020 program.