A Russian stuntman stages extreme tricks. His dream is to make it to Hollywood.
By Arian Movileanu March 7, 2022
Facebook
Twitter
Linkedin
Email 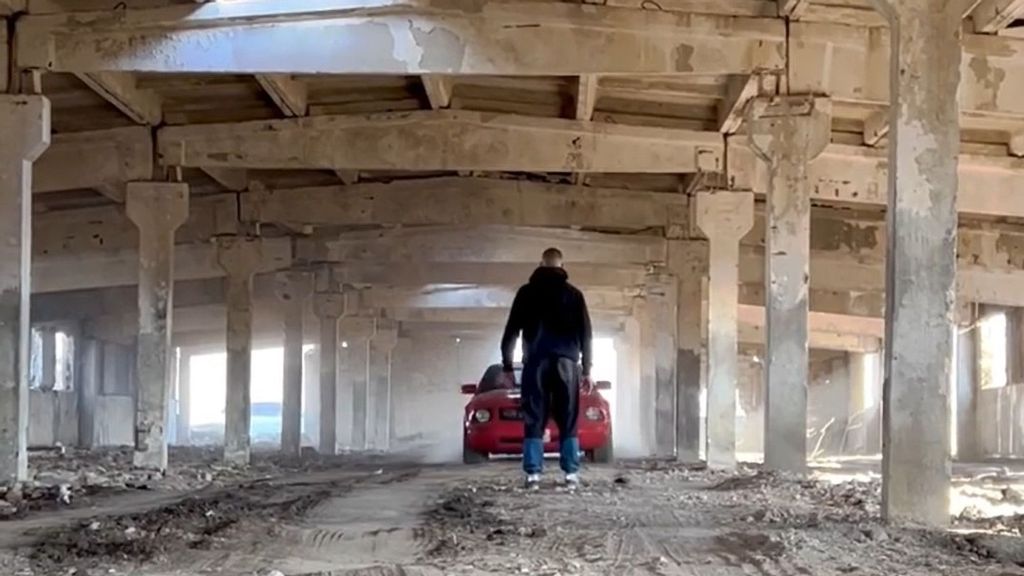 Evgeny Chebotarev's newest trick: He falls on the ground just before being run over by a speeding sports car. (@chebotarev_life/Zenger)

The stuntman behind a viral hit that saw him flying through the middle of a minibus has produced another crazy stunt.

Evgeny Chebotarev drops into a hole in the ground as a Ford Mustang roars toward him — with split-second timing.

Chebotarev, from Rostov, Russia, shared the video with his Instagram followers and said: “Do not try to repeat this. Only one mistake and you are gone!”

He said he started practicing death stunts four years ago and dreams of making it to Hollywood.

He said: “Sometimes I come up with tricks myself. Sometimes my friends or subscribers give me an idea. The tricks are all complicated. One mistake can cost me either an experience or a broken bone.”

Describing his life, he said he trains, does athletics and drives cars a lot. His life is defined by movement.

“If a person has a goal, then there is motivation. Just define what you want, stand up and conquer your dreams,” he said.

In late January, Chebotarev flew through the inside of a Mercedes minibus, which was driving at 50 mph. The video hit 1.1 million views in four days.

In the footage, Chebotarev is seen lying on a wooden structure in the road as the minibus drives toward him.

He raises his body slightly as the minibus slams into the wooden frame, and he hovers in the air as the vehicle passes by, eventually flying through the open back doors and landing on the tarmac.

Passengers are seen inside the vehicle, including one man reading a book.

Chebotarev said he clipped his foot on the open windshield while carrying out the stunt, but was otherwise uninjured, thanks to his heavy boots.

He called the stunt “the world’s first minibus flight.”

In September 2021, Chebotarev, who did his first stunt in 2018, told his followers that he broke his spine while trying to jump 131 feet across a river in a BMW 5 E34.

Despite completing the jump, the stuntman said he landed hard and seriously injured himself. At the time, he said from his hospital bed: “I will struggle to live a fulfilling life.”

However, he went on to make a quick recovery. Although he broke his spine, Chebotarev said he just got stronger.

“I started with parkour and acrobatics. I’m always on adrenaline, very active and want to be on the move. I train a lot, lift weights in the winter and do acrobatics when it gets warmer. As far as I can remember, I’ve always liked extremes.”