One For The Horse-tory Books: Horse Rescued After Falling Into 15-Foot Well

The horse was lucky to fall in backwards, or he might have drowned or broken his neck, rescuers say.
By Lee Bullen March 5, 2022
Facebook
Twitter
Linkedin
Email 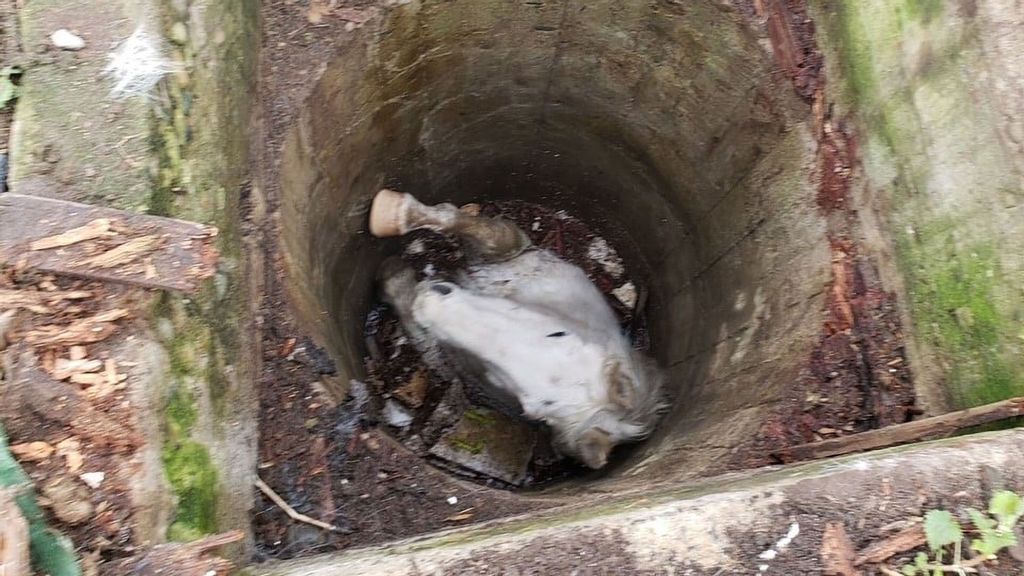 A trapped horse was rescued from a 15-foot-deep well on Whidbey Island, Washington, on March 3. (North Whidbey Fire and Rescue/Zenger)

Firefighters in Washington State have rescued a horse that had been trapped at the bottom of a deep well.

The rescue took place on Whidbey Island in Island County, Washington, at around 9:15 a.m. on March 3.

“With the help of Dr. Hanson and Kelly Short (Island County Roads), the rescue team was able to successfully rescue the horse,” officials said on social media. “The horse is doing well thanks to this extraordinary team effort.”

The 2,000-pound horse was saved by a team of rescue workers, veterinarians and local residents.

“My daughter came out to feed them this morning. We have five horses, and she only saw four,” the horse’s owner, Karl Lang, told Seattle news outlet King 5.

The horse, named Blaze, had broken through the barrier covering the abandoned well near Highway 20 and fallen some 15 feet down.

Rescuers had to enter the wellhead first to sedate the animal and secure him with straps before using a neighbor’s excavator to lift him to safety. He was then examined by vets, who administered an IV.

“I was happy to hear the horse was breathing and looking up — that was the main thing,” Lang told reporters. “If he had gone down any other way, he wouldn’t be alive. Luckily, he went down heinie first.”

Rescuers agreed, noting that if the horse had gone down head first, he could have broken his neck or drowned.

The horse only suffered cuts and scrapes to its legs. Vets are continuing to monitor Blaze to make sure he does not have any internal injuries.

In another dazzling equine rescue on Nov. 26, a horse threw its rider and fell into a ravine in a remote area in California. The horse — a gelding named Sunny — remained stuck for two days, with his owner camping next to him to keep him calm. High winds in the area had delayed the rescue effort, but the horse was eventually airlifted to safety.