The driver's creative efforts to avoid a ticket were in vain.
By Lee Bullen March 4, 2022
Facebook
Twitter
Linkedin
Email 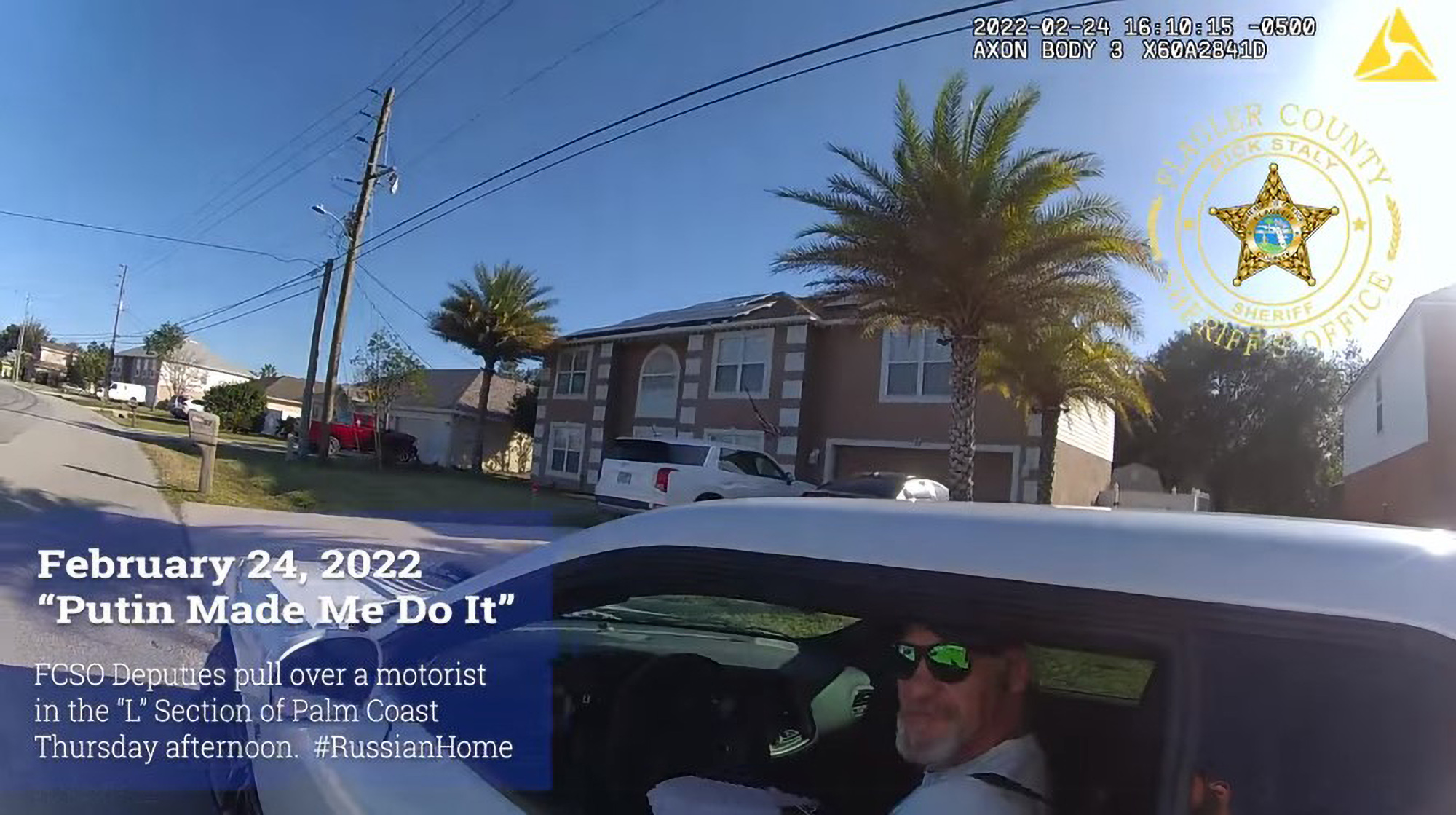 The driver, whose name was not disclosed, was stopped by police in the city of Palm Coast in Flagler County, Florida, for jumping a stop sign and driving at 50 mph in a 30-mph zone.

Footage of the encounter posted on social media by Flagler County Sheriff’s Office shows the apologetic driver offering a list of odd reasons for the two offenses he had committed, as the arresting officer looks on.

One of the creative excuses offered by the man was that his car — a white Dodge Challenger — was new, and he was struggling to get it out of “sport mode.” The officer expressed alarm at the admission that he had been speeding while distracted by controls on his dashboard.

The driver also claimed that he had seen another vehicle approaching and wanted to “get out before them.”

In the video, the officer repeatedly reminds the driver that he has been observing him the entire time, which prompted him to change his story each time.

After running through several excuses, the motorist finally says he’s going to tell the officer “the truth.”

He then states that he was “freaked out” by Putin’s threat of nuclear war, which he had just heard about and was trying to get home quickly to find out what the Russian president is up to.

“I just found out that Putin just said he’s gonna launch nuclear thermal war against the world, and I was trying to get back to my house to find out what’s going on,” he said to the stunned officer.

The traffic stop took place on Feb. 24, the same day that Russia invaded Ukraine, when Putin warned other nations that they would face “consequences you have never seen” if they interfered.

Russian and Ukrainian negotiators talked for the second time Thursday about ways to end a war that is now in its ninth day.

The United Nations said Thursday that more than a million people had fled Ukraine since the conflict began, and up to 5 million could flee the country if the conflict continues.

Since the start of the conflict, bomb blasts have been reported in Odessa, Kharkiv and other cities across Ukraine, including the capital Kyiv and surrounding areas, causing widespread devastation and chaos.

In Florida, the reckless driver reportedly received a ticket for running the stop sign and another for speeding.