A Michigan cop rescued a Labradoodle that had jumped into the Detroit River.
By Lee Bullen March 4, 2022
Facebook
Twitter
Linkedin
Email 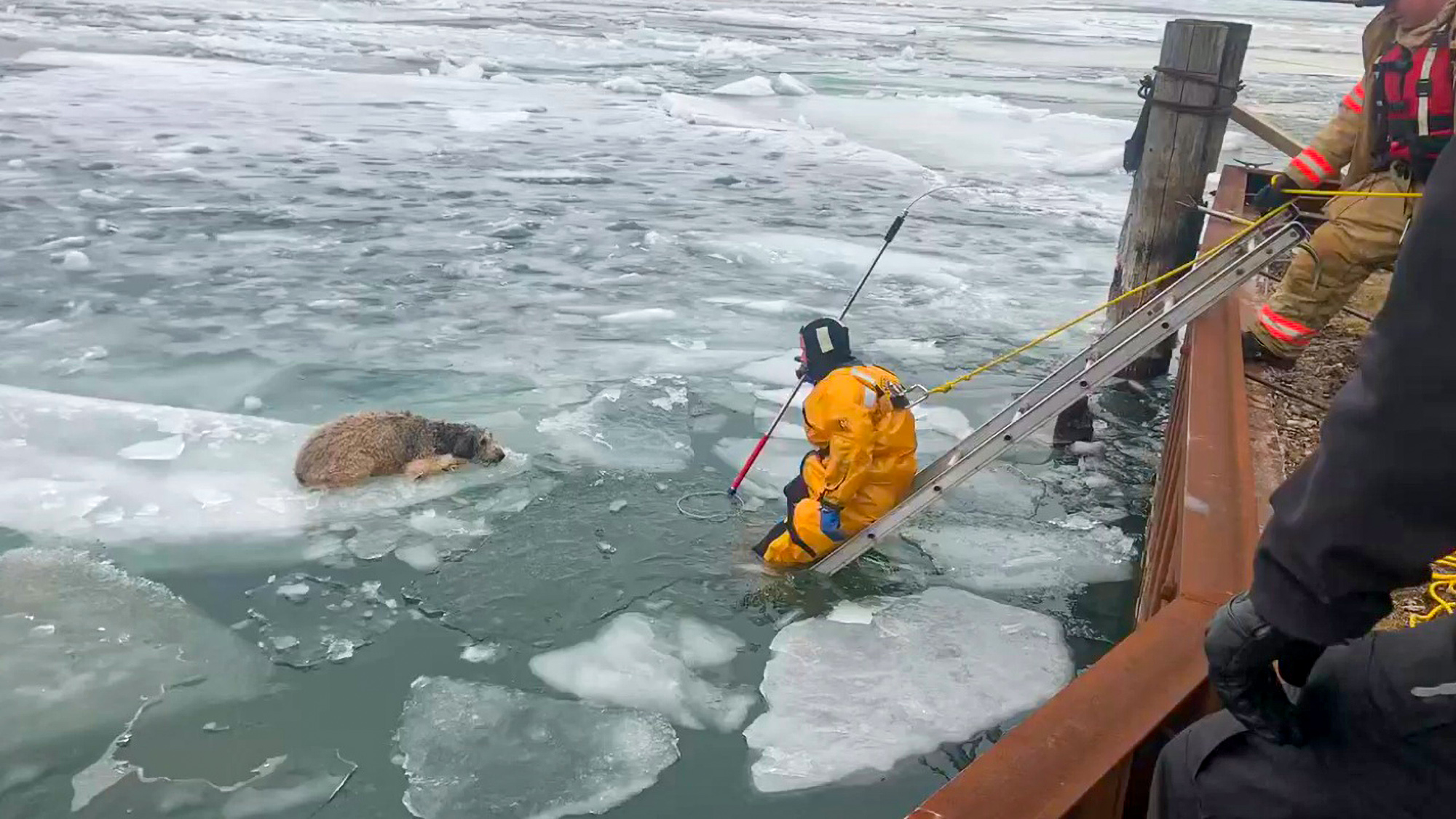 The police saved a dog floating on an ice drift in the Detroit River in Michigan on Feb. 28. (Wyandotte Police Department/Zenger)

A Michigan police officer saved a runaway dog that got trapped on a slab of drifting ice in a freezing cold river.

The rescue took place at the Detroit River in Wyandotte, Michigan, on Feb. 28.

Wyandotte Police Department said: “WPD, animal control and WFD teamed up for a pretty sweet rescue Monday afternoon. A Labradoodle had gotten away from its owner while on a walk and ended up jumping into the freezing cold Detroit River.

“The poor pooch somehow managed to climb onto a chunk of ice, but it was drifting away in the river, while the dog was freezing. Our team was able to move the ice close to the riverbank and our FD snagged the dog around its neck with a ‘catchpole.'”

A Labradoodle is a mixed breed, a cross between a poodle and a Labrador Retriever, and known as an affectionate animal. The dog had escaped its owner and headed for the water. The rescue was accomplished by the officer standing on a slippery ladder submerged in the river. To keep him from falling, co-workers held onto him with a rope.

In the footage, the officer is seen looping the catchpole around the dog’s neck as he lay on the ice. The officer then pulls the dog off the ice floe and helps it up the ladder to its grateful owner.

Various dogs have been rescued from rivers, lakes and oceans this winter.

In mid-January, a 10-month-old Labrador retriever named Kona was pulled out of Bond Lake in Lewiston, New York, by a police officer. Officer Jon Smith raced across the thin ice to save the dog. Kona had chased some geese and had fallen into the water where the ice ended and was unable to get back on land.

Firefighters rescued two dogs in Peoria, Illinois, on Feb. 27 that were trapped on an ice shelf along the Illinois River. The pair were stranded on the ice approximately 200 feet from the shore. Firefighters boarded an inflatable boat and used a rescue rope to retrieve the scared animals.

In warmer climes, two lifeguards rescued a dog in Malibu, California, on Jan. 23 after it went for a swim and ended up 600 yards from the shore. The lifeguards used a jet ski and a rescue sled to bring the pet, stranded in the Pacific Ocean, back to its worried owners.