The Polar Star, commissioned in 1976, breaks its old record by reaching the Bay of Whales on Feb. 17.
By Lee Bullen March 3, 2022
Facebook
Twitter
Linkedin
Email 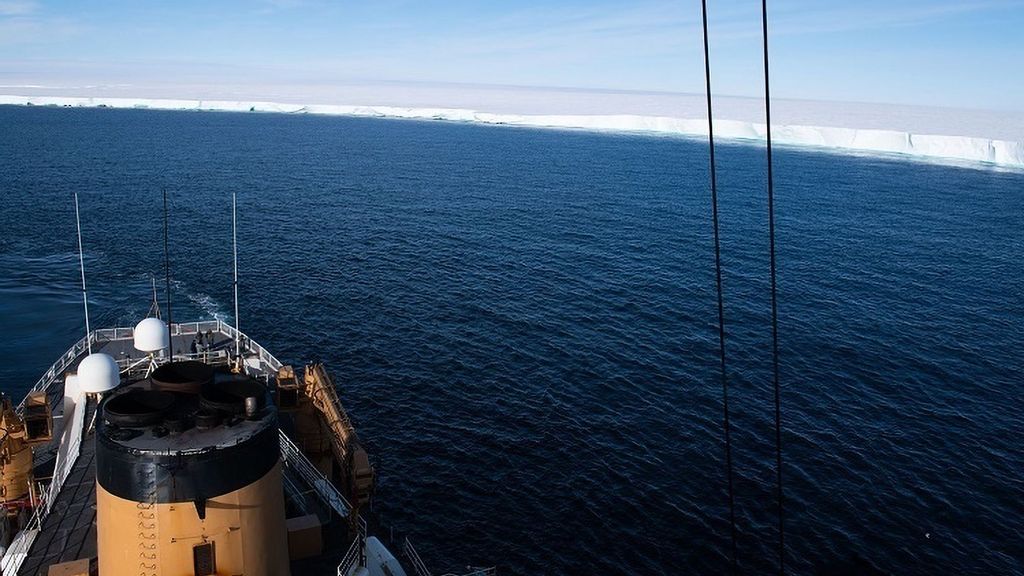 The U.S. Coast Guard Cutter Polar Star, commissioned in 1976, reached the Bay of Whales on Feb. 17. The Bay of Whales is a natural ice harbor at the Ross Ice Shelf, the largest in Antarctica, just north of Roosevelt Island. It is the southernmost point of navigable waters in the world.

Polar Star crew members are in contact with Guinness World Records about certifying their claim to the new record.

“During Polar Star’s transit to and from the Bay of Whales, Polar Star surveyed 396 nautical miles of the ice shelf for potential future navigational use,” the Coast Guard said in a press release.

According to reports, the gradual shrinking of the ice mass enabled the Polar Star to sail waters previously charted as part of the Ross shelf. Around parts of the shelf’s edge, waters of up to 12 nautical miles, are now navigable and no longer part of the declining ice mass.

This was the Polar Star’s 25th mission to Antarctica, supporting Operation Deep Freeze, the name given to the series of U.S. missions there that began in 1955. But U.S. military exploration began in 1839 when Captain Charles Wilkes led the first U.S. Naval expedition into Antarctic waters.

In 1908, explorer Ernest Shackleton gave the Bay of Whales its name because of the many whales he and his crew sighted. Three years later, Roald Amundsen established a base camp in the bay, from which he succeeded in becoming the first person to reach the South Pole.

In November 1929, Richard Byrd and three companions made the first flight over the South Pole. In 1955, Byrd was put charge of the United States’ Antarctic programs and became the senior authority for government Antarctic matters and helped supervise the beginnings of Operation Deep Freeze.

“The crew of Polar Star is proud to follow in the footsteps of legendary Antarctic explorers like Shackleton, Amundsen, and Byrd.,” Captain William Woityra, commanding officer of the Polar Star, said. “Even today, more than a century later, we carry on that legacy of exploration, reaching new places and expanding human understanding of our planet.”