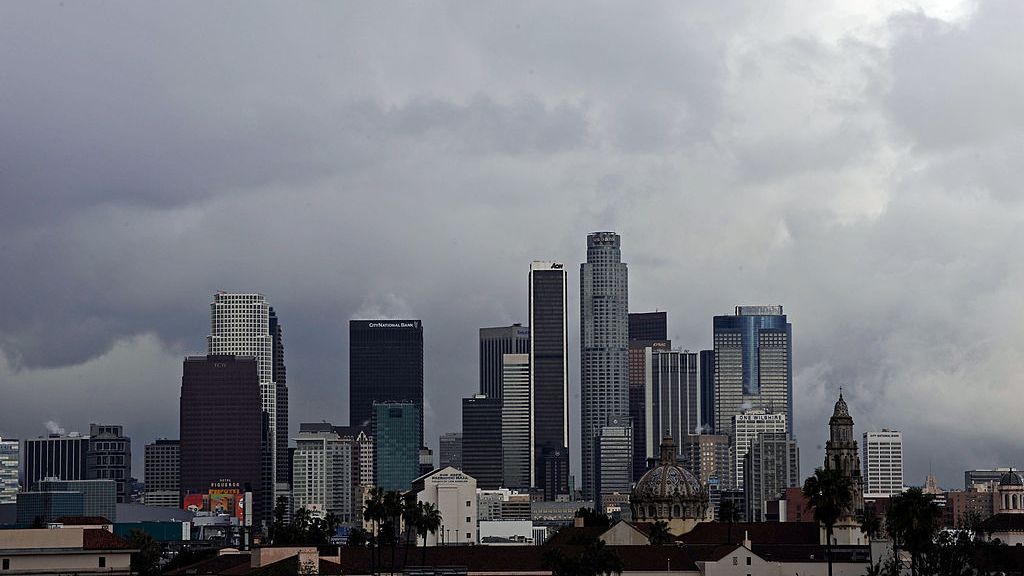 Record lows left untouched since the late 1800s could be in jeopardy as a chilly and wet pattern overtakes Southern California and the rest of the Southwest this weekend, according to AccuWeather forecasters. The potentially historic cold snap has experts pondering how low temperatures would have plunged had a similar atmospheric setup been in place 140 years ago when there were far fewer urban heat island effects.

AccuWeather Meteorologist Ryan Adamson called the upcoming chill “startling for some” in the wake of above-average temperatures and, in some cases, record warmth in recent days.

Temperatures can drop low enough to challenge records in Downtown Los Angeles on both nights this weekend, according to Adamson.

On Saturday night, AccuWeather is projecting a low of 41 degrees Fahrenheit in the City of Angels, which is within striking distance of the bottom mark for the date of 39 set in 1882. Temperatures around the 40-degree mark on Sunday night would tie that date’s record low which has stood since 1893. This would be a 40-degree temperature plunge from the end of February into the first days of March, when high temperatures topped out in the lower 80s in L.A., with other parts of California setting new marks for record high temperatures.

To say a lot has changed since the late 1800s when these record lows were first stamped into the weather history books would be an understatement. In terms of population alone, the downtown area had 3.9 million residents as of the 2020 U.S. census, a 78-fold increase since the 1890 population of around 50,000. Buildings, roadways, sidewalks and vehicles — all of which contribute to higher temperatures being observed in urban heat islands — have also increased in vast numbers across Southern California since the late 1800s.

As a result, forecasters say it’s certainly possible that had the atmospheric setup that is projected this weekend been in place during early March of 1882 and 1893, the record lows for these dates could be considerably lower and much farther out of reach than currently predicted this weekend.

Beyond L.A., AccuWeather meteorologists say the potential for near-record temperatures will be lower elsewhere across Southern California, but it will still be on the chilly side compared to normal levels. Temperatures will be 5-15 degrees below average in general across the region, including into parts of the Desert Southwest.

Palm Springs, California, can expect high temperatures in the 60s with overnight lows dipping into the upper 40s this weekend, a far cry from the record-breaking high of 93 on March 1.

Farther east in Phoenix, high temperatures are projected to dip into the middle 60s by Sunday, about 10 degrees lower than the average of 75.

The good news for residents eager for warmth to return is that forecasters say its comeback will not be too far in the distant future. Seasonable temperatures could make an appearance again in Southern California by early next week, but it may take another day or two before the chill erodes farther east.

In the meantime, the cooler and wetter conditions should help to temporarily ease concerns of wildfires across the region and help crews gain the upper hand on ongoing blazes.