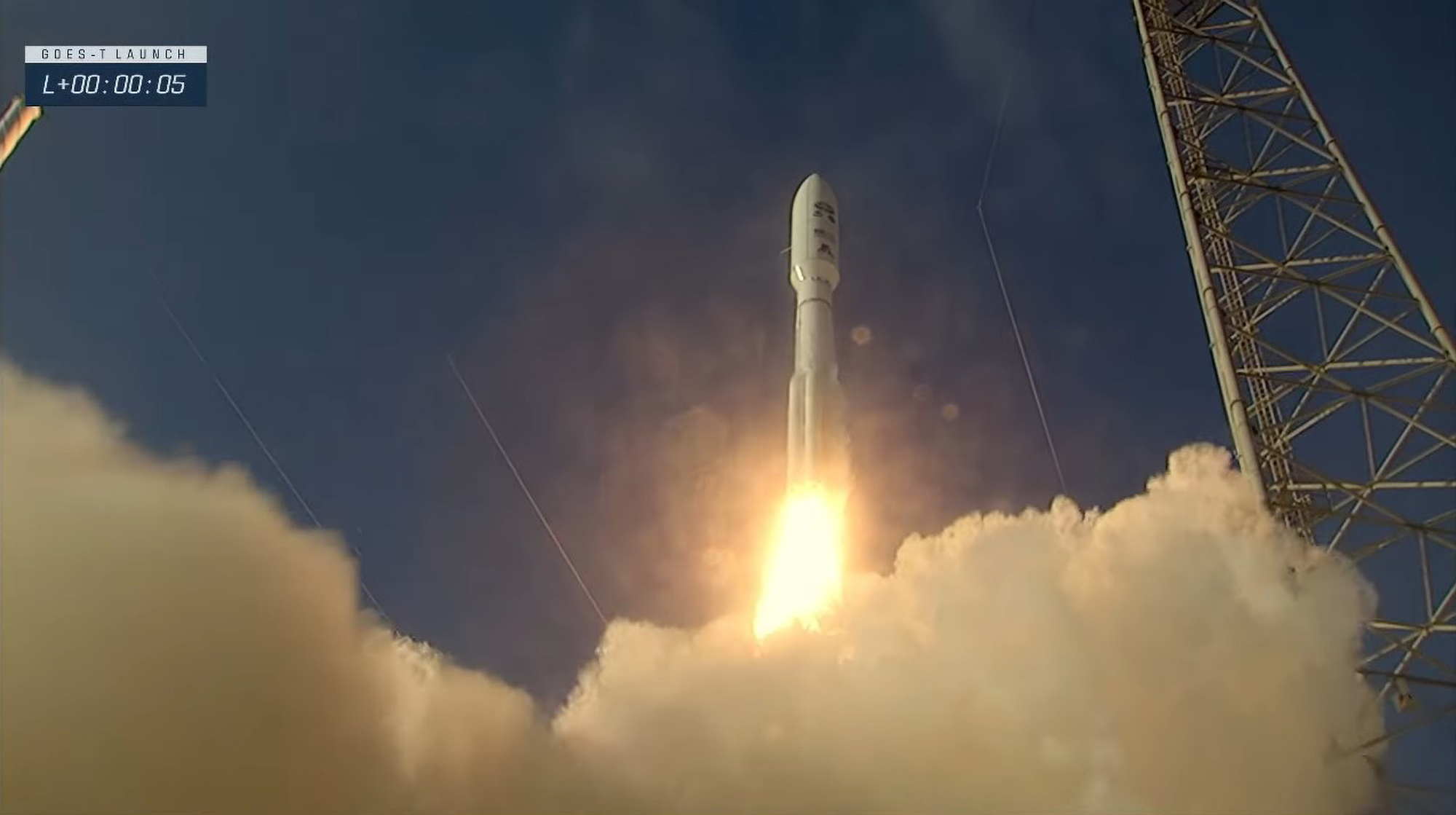 NOAA's GOES-T satellite is shown in flight in this screenshot from a video after taking off from Cape Canaveral Space Force Station in Florida on an Atlas V rocket on March 1, 2022. (NASA's Kennedy Space Center/Zenger)

The Geostationary Operational Environmental Satellite-T (GOES-T) satellite, operated by NOAA, blasted off from the Cape Canaveral Space Force Station in Florida on an Atlas V rocket at 4:38 p.m. on March 1.

The satellite, built by Lockheed Martin, will boost weather forecasting across America’s West Coast and the Pacific Ocean.

“NOAA’s GOES-T is the third satellite in the GOES-R Series, the Western Hemisphere’s most sophisticated weather-observing and environmental-monitoring system,” NASA said in a statement. “The GOES-R series provides advanced imagery and atmospheric measurements, real-time mapping of lightning activity and monitoring of space weather.”

“The satellite will provide continuous coverage of weather and hazardous environmental conditions in the Western Hemisphere. The GOES program also predicts space weather near Earth that can interfere with satellite electronics, GPS and radio communications,” the statement said.

The GOES-T weather satellite will be renamed GOES-18 when it reaches geostationary orbit, where it will begin tracking wildfires, floods, droughts, and other severe weather phenomena over the U.S. West Coast and Pacific Ocean.

GOES-16 was launched in 2016 and is currently operational as NOAA’s GOES East satellite. GOES-17, launched in 2018, operated as GOES West before being joined by Goes-16. GOES-U, the final satellite in the series, is scheduled to launch in 2024.

The National Environmental Satellite Data and Information Service is part of the Department of Commerce. According to its website, the “service provides secure and timely access to global environmental data and information from satellites and other sources to promote and protect the Nation’s security, environment, economy and quality of life.”

“With the impact climate change has on weather patterns around the world, the work of satellites like GOES-T is more crucial than ever before, to help keep people safe now and in the future.”