The Russian soldier told Ukrainian police he did not expect such resistance.
By Joseph Golder March 2, 2022
Facebook
Twitter
Linkedin
Email 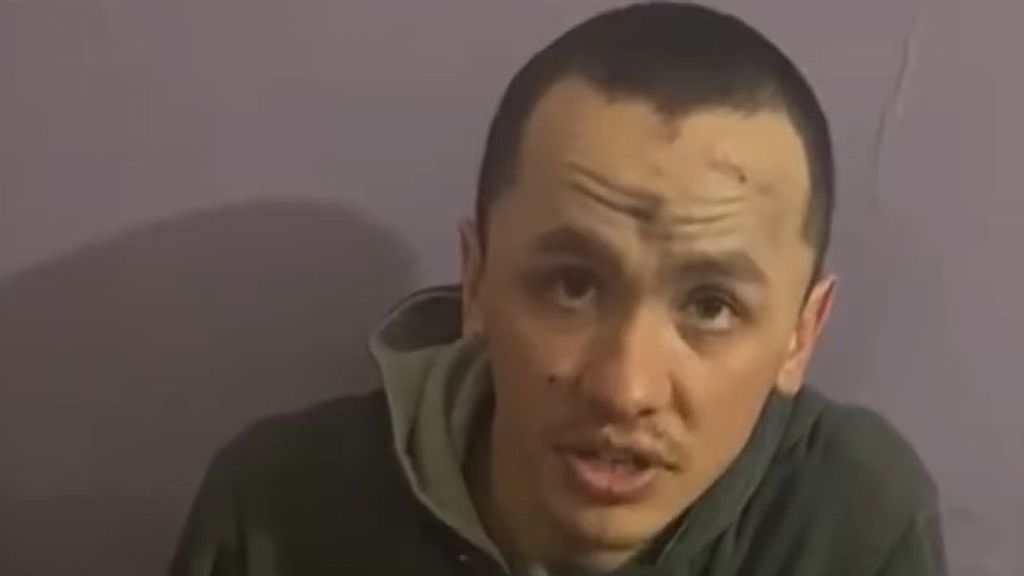 The 28-year-old alleged sniper for the Russian Federation seen in this screenshot from a video told Ukrainian authorities that he came to Ukraine on behalf of the Russian special services and had been threatened with imprisonment if he refused. (National Police of Ukraine/Zenger)

An alleged Russian sniper told Ukrainian police he had a choice between fighting in the war against Ukraine or going to jail and that he was amazed at the strength of Ukrainian resistance.

The Russian sniper was detained by Ukrainian National Guard soldiers and police in the city of Mariupol in southeastern Ukraine on Feb. 27, the Ukrainian national police said in a statement.

The 28-year-old detainee is a citizen of the Russian Federation, and he admitted that he had “come to Ukraine on behalf of the Russian special services,” the statement said.

“I have never been in a war before,” the man says in a video released by the Ukrainian national police. “I went to Sochi after receiving an order from Colonel Merkhanian. They threatened to put me in prison if I refused [to go to Ukraine]. At first, they sent me to the border between Ukraine and the Donetsk People’s Republic. Then they gave me the order to go to Mariupol to capture [the city]. The reason was not explained.”

The soldier said he had been surprised at the level of resistance with which Russian forces were met. “After encountering the armed forces of Ukraine, I realized that they were much more experienced and stronger,” he said. “I was surprised by how highly trained and well-armed they were. I categorically refuse to continue fighting in Ukraine.

“We did not expect such resistance. Russia’s opinion of Ukraine’s military weakness is wrong,” he said.

More than 2,000 civilians have been killed so far in Russia’s invasion of Ukraine while nearly 6,000 Russian soldiers had also died in the conflict, Ukrainian officials said March 2. There is no way to independently verify those figures.

However, Admiral James G. Stavridis, a former NATO supreme allied commander, told The New York Times that with “many reports of over 4,000 Russians killed in action, it is clear that something dramatic is happening. If Russian losses are this significant, [President] Vladimir Putin is going to have some difficult explaining to do on his home front.”

The Ukrainian police said the detained sniper had been charged with encroachment on the territorial integrity and inviolability of Ukraine and Illegal crossing of the state border of the country.

“Police and other members of Ukraine’s security forces continue to work to detain the Russian occupiers,” the police statement said. “Restraining enemy troops and protecting our state is the main task of law enforcement and every Ukrainian.”

Russia’s invasion of Ukraine has been widely condemned around the world.

“Six days ago, Russia’s Vladimir Putin sought to shake the foundations of the free world thinking he could make it bend to his menacing ways, but he badly miscalculated,” U.S. President Joseph R. Biden Jr. said in his State of the Union address Tuesday night from Washington. “[Putin] thought he could roll into Ukraine and the world would roll over. Instead, he met a wall of strength he never imagined: He met the Ukrainian people.”

Biden praised the Ukrainians for their “fearlessness, their courage, their determination.” He said their stand against the Russian invaders “inspires the world.”

Also on Tuesday, the European Union announced it was accepting Ukraine’s candidacy to join the organization. The announcement was met with waves of applause in the European Parliament.

There have been growing calls on social media for NATO to take direct action against Putin. Ukraine has reiterated its request for the 30-nation military alliance, of which is it not a member, to block the skies over the country, stressing that children were being killed by Russian violence.

U.K. Prime Minister Boris Johnson was confronted during a press conference in Warsaw by a tearful Daria Kaleniuk, a journalist and executive director of the Anti-Corruption Action Center based in Kyiv. She accused Western nations of failing to protect Ukraine.