The work, worth millions, was bought for a “pittance." Its owners were desperate to flee Amsterdam in World War II.
By Joseph Golder March 2, 2022
Facebook
Twitter
Linkedin
Email 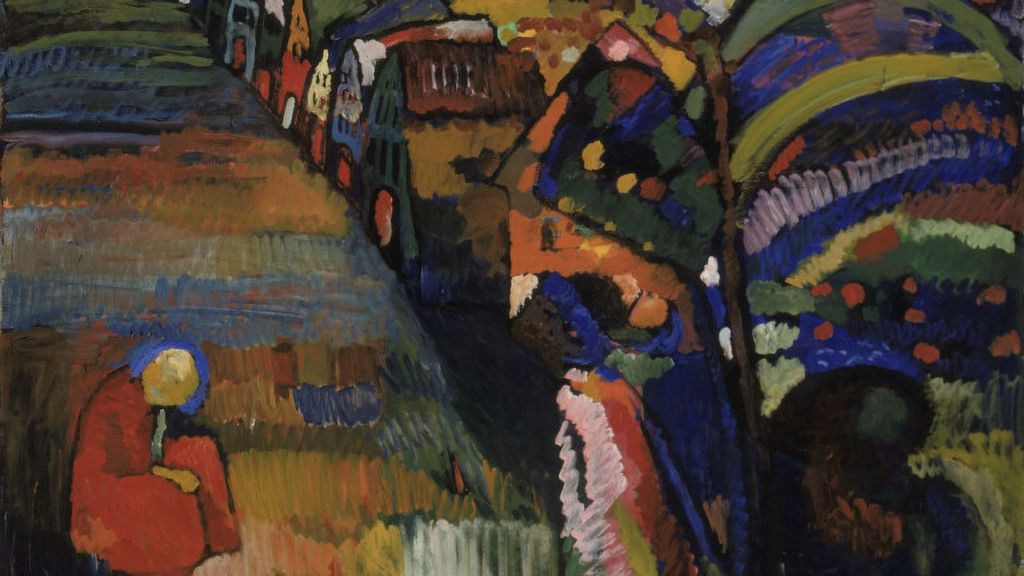 The painting “Bild mit Hausern” (Painting with Houses) by Wassily Kandinsky was handed over to the heirs of the original Jewish owners in the Netherlands. (Stedelijk Museum Amsterdam/Zenger)

A museum in Amsterdam has returned a painting worth millions to the descendants of its Jewish owners, who had to sell it under duress to escape the Nazis during World War II.

The handover of the “Bild mit Häusern” (“Picture with Houses,” 1909) by the famous Russian artist Wassily Kandinsky, a pioneer of abstract art, took place Feb. 28. The painting now has an estimated value of more than $20 million, according to NPR.

The return is the result of a lengthy dispute begun in 2013, between the municipality of Amsterdam and the heirs of the painting’s Jewish owners, who sold the Kandinsky at auction during World War II.

The Jewish couple, named as Robert Lewenstein and his wife, Irma Klein, had inherited the oil painting, along with paintings by Renoir, Van Gogh and Rembrandt. They were forced to sell the Kandinsky in October 1940, a few months after Adolf Hitler and the Nazi war machine invaded the Netherlands.

The painting was bought by David Roell, the director Amsterdam’s Stedelijk Museum. Roell purchased the painting for a fraction of its value. It has remained in the permanent collection of the museum until now.

The Dutch newspaper Het Parool said the director had paid “a pittance” for the painting at the time, some 160 guilders, compared to its value, then estimated to be between 2,000 and 3, 000 guilders.

The heirs of the family, who have not been named, launched a complaint with the authorities in 2013, but the Dutch Restitutions Committee, which decides the rightful owners in cases of artifacts looted during the Nazi occupation, rejected the claim In 2018.

The heirs then went to the Amsterdam District Court in 2020 — and were rejected. They were told “serious defects did not exist in the investigation” conducted by the Dutch Restitutions Committee.

The heirs’ appeal in 2020 also failed. But a second committee, set up by the government in 2021, reversed course. It created a new framework for restitution and decided to reevaluate the claim. That led to new talks between the Jewish heirs and the municipality of Amsterdam. The two concluded a settlement agreement and the painting was returned.

Deputy Mayor Touria Meliani said in a statement: “As a city, we bear a great responsibility for dealing with the indescribable suffering and injustice inflicted on the Jewish population in World War II.”

She added: “To the extent that anything can be restored, we as a society have a moral duty to act accordingly.”

The Nazis deported more than 100,000 Jews from the Netherlands to concentration camps during World War II. The majority lived in Amsterdam. Among its most well-known victims are Anne Frank and her family.