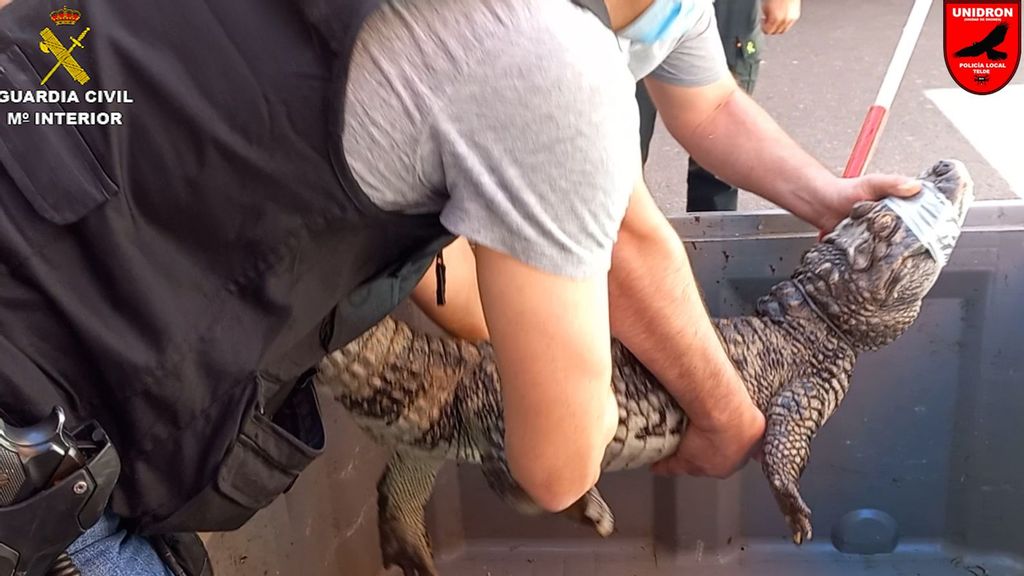 Poisonous and protected animals seized by police in a Telde, Spain, home in February include lizards and crocodiles. (Spanish Civil Guard/Zenger)

Spanish police have seized a large private collection of poisonous animals and arrested one man for keeping 53 protected specimens in his urban home.

The operation, which started at the end of 2021, resulted in the arrest of an unnamed man, in Telde, on the Spanish island of Gran Canaria, on Feb. 26.

The seized animals came from the Americas, Africa, Asia and Oceania. All are protected by CITES Convention (Convention on International Trade in Endangered Species of Wild Fauna and Flora), according to the Civil Guard.

The police said: “Twelve specimens are poisonous with the possibility of causing death by inoculation of toxins, producing serious injuries, and endangering life by trauma or transmission of diseases.

“On the other hand, the possession of these animals can also be a serious danger to biodiversity and the uncontrolled release of these non-native species into the natural environment of Gran Canaria could pose a risk to the natural balance.”

The specimens seized have been taken to the Cocodrilo Park Gran Canaria Animal Rescue Center to provide the necessary care while the authorities investigate the case.

In the detainee’s home in a residential area, police found three large aqua-terrariums, 40 terrariums and two rooms equipped for the breeding of animals.

The police said the man is suspected of cooperating with an accomplice with a criminal record of wildlife trafficking, smuggling, document falsification and being a member of a criminal organization.

The Civil Guard, in collaboration with the Local Police-UNIDRON of Telde, arrested the suspect for alleged crimes related to the protection of flora, fauna and domestic animals and another against collective security for the illegal possession of animals.

This police operation carried out by agents of the Seprona of Las Palmas is part of Operation Thunder, a worldwide operation against the trafficking of species coordinated by Interpol. The European Union approved the European Action Plan to combat illegal trafficking and international poaching of these wild animals.

So far, police say Operation Thunder has resulted in more than 2,000 inspections and the apprehension of more than 978 specimens of protected species.

The Telde investigation is ongoing.