VIDEO: Rescuers Save Fisherman Trapped By Tide 75 Feet Up Cliff

The man climbed the cliff to avoid being struck by the waves and swept into the ocean.
By Lee Bullen March 1, 2022
Facebook
Twitter
Linkedin
Email 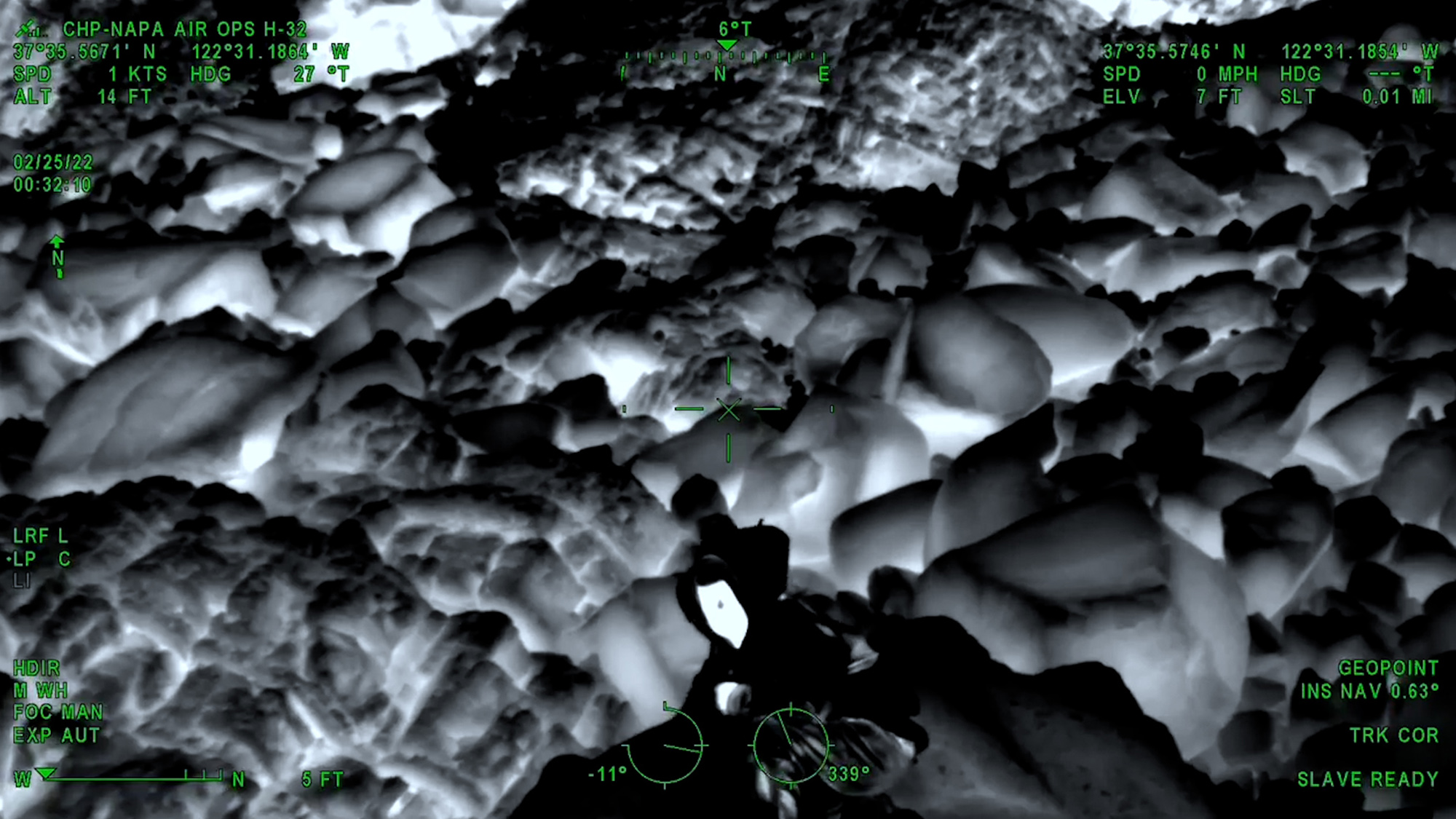 A man stuck 75 feet up a cliff wall, barely visible in the dark (bottom center), was rescued by California Highway Patrol after a person reported seeing a bright white light at the bottom of a cliff between Pedro Point and Devils Slide on Feb. 25. (CHP Golden Gate Air Ops/Zenger)

California cops have rescued a fisherman stranded 75 feet up a cliff where he had been trapped by the rising tide.

The rescue operation took place between Pedro Point and Devils Slide in San Mateo County in California on Feb. 25.

The Golden Gate Division Air Operations team of the California Highway Patrol (CHP) shared footage of the incident on social media on Feb. 26.

“Last night, CHP H-32 responded with Pacifica Fire to a citizen’s report of a bright white light at the bottom of a cliff between Pedro Point and Devils Slide,” the post said.

“H-32 (helicopter) responded and located a person approximately 75 feet up a cliff wall. The H-32 crew was able to talk the man down to the rocky beach below, where H-32 performed a ‘toe in’ rescue landing.

“The male was flown to the south side of Devils Slide where San Mateo Sheriff and CHP Officers had established an LZ (Landing Zone).”

The man told officers he was fishing when he became trapped by the tide at around 4 p.m.

“He had climbed the cliff to avoid being struck by the ocean waves. Luckily for him, an alert citizen saw his light and called 911,” officials said.

The man, whose name was not disclosed, was uninjured.

Footage of the rescue effort shows the helicopter searching the cliff face in the dark for the stranded man, while the crew communicates their findings with officers on the ground. The on-board security system issues a warning about terrain as the helicopter approaches the cliff.

The crew quickly zero in on the fisherman, whose blurry image can barely be seen in the black-and-white video. He motions to the helicopter in an apparent effort to attract the crew’s attention, waving both arms at one point as he remains crouched in position on the cliff face.

In another shot, the man, who appears to be wearing a hoodie, can be seen perched on a large rock just above the crashing waves of the ocean. He remains in position as the helicopter slowly gets close enough to bring him aboard.

In the final shot, the helicopter pulls away from the cliff and the rocky beach and continues in the direction from which it came. Communicating with officers on the ground, the crew acknowledges the chosen landing spot in the “south parking lot” where first responders are waiting.