The officer was patrolling the streets when the vehicle's dashboard camera captured the rare sight.
By Joseph Golder March 1, 2022
Facebook
Twitter
Linkedin
Email 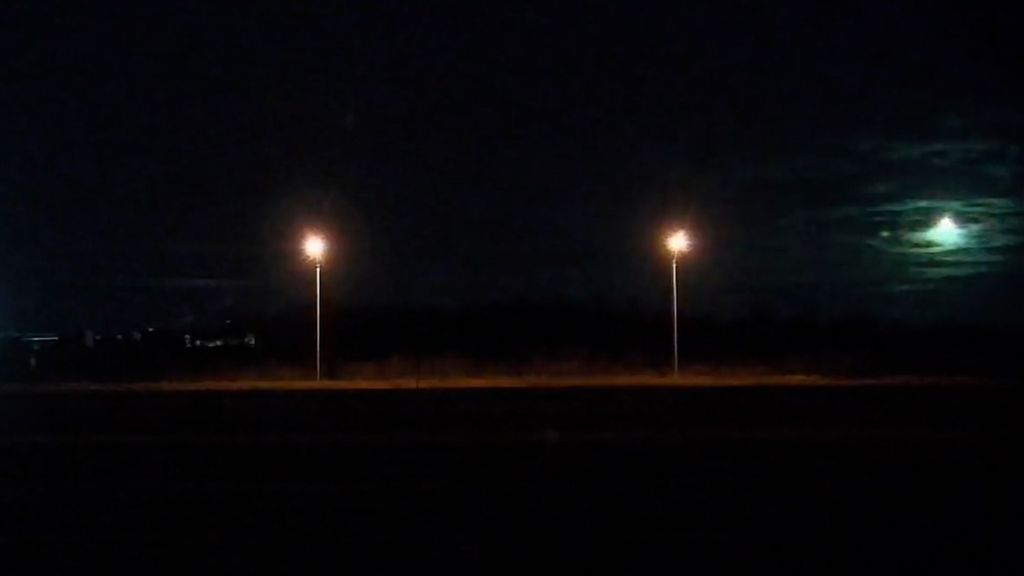 A police officer in Texas was treated to a rare sight on Thursday night when their car’s dashboard camera captured an image of a meteor entering the Earth’s atmosphere in a greenish flash of bright light.

The footage was captured in eastern Travis County, which is located in south-central Texas, near the city of Austin.

“A meteor caught on the dash cam! How cool is THAT?!” read the social media post on the incident uploaded by the Travis County Sheriff’s Office on Feb. 25.

The sheriff’s office said the dashcam video was captured while an unnamed sergeant was patrolling the streets in eastern Travis County on Thursday, Feb. 17.

All is quiet as the video starts, with only a couple of streetlights and some city lights appearing in the distance. The street under surveillance is deserted.

But then a greenish light can be seen in the night sky, darting in and out of some light clouds, as it drops from the sky in a vertical line, first gaining and then reducing in intensity.

It completely disappears from view as the footage ends.

The color of a meteor flash is the result of various factors. “The dominant composition of a meteoroid can play an important part in the observed colors of a fireball, with certain elements displaying signature colors when vaporized. For example, sodium produces a bright yellow color, nickel shows as green and magnesium as blue-white,” the American Meteor Society said on its website.

“The velocity of the meteor also plays an important role, since a higher level of kinetic energy will intensify certain colors compared to others. … It seems to be reported that slow meteors are red or orange, while fast meteors frequently have a blue color,” the organization said.

Meteors often give off bright light when entering the Earth’s atmosphere as they are burned up by the friction that the process causes.

Very often, meteors burn up completely, but occasionally, meteorites can be found at the location of impact.

It is currently unclear if there was any debris from the meteor that hit the ground. It is also unclear where exactly it would have landed and whether the authorities are looking for any meteorites.

One person responding to the social media post claimed to have seen the flash too but had been unable to capture any footage of it on their own dashcam.

The American Meteor Society encourages individuals to report meteor sightings to them, so they can collect, analyze and share the data.