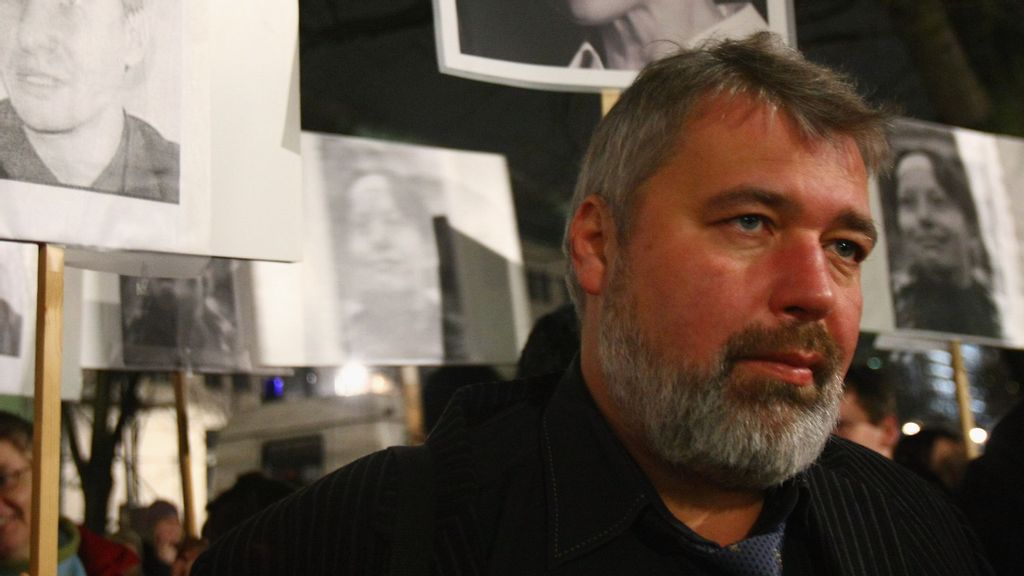 The Novaya Gazeta investigative newspaper is defying Russian President Vladimir Putin after it asked its readers whether it should cease publication or continue amid threats from state media watchdog Roskomnadzor. It had ordered the publication to stop calling the fight in Ukraine a “war.”

“We continue to call war war,” Dmitry Muratov, Novaya Gazeta’s editor-in-chief, told The New Yorker. “We are waiting for the consequences.”

Muratov, who co-founded Novaya Gazeta in 1993, shared the Nobel Peace Prize with Filipina journalist Maria Ressa last year. He has been commended for his courage in defying numerous threats and for covering subjects that make the Kremlin uneasy. Novaya Gazeta has reported on Russian government corruption, human-rights violations and police violence as well as published articles critical of Putin.

Muratov has been a vocal advocate for the freedom of the press, arguing that the news media need to remain independent of the power and influence of the state.

The latest edition of the print version of Novaya Gazeta came out on Feb. 28 and can be viewed online. Upcoming editions of the publication will be in both Russian and Ukrainian.

The next edition of the printed newspaper is due to be published Wednesday as the print edition is published on Mondays, Wednesdays and Fridays.

The Russian authorities had ordered Novaya Gazeta to use the term “military operation,” which is how Putin defined his military’s unprovoked attack when he announced it on television last week.

In the early hours of Feb. 24, Putin, a former officer in the KGB, the Soviet Union’s main security agency from 1954 until the end of 1991, announced a “special military operation” in the region. He warned anyone thinking of interfering that they would “face consequences greater than any you have faced in history.”

But the Novaya Gazeta, one of the few remaining independent newspapers in Russia with an estimated circulation of 90,000, has been defiantly calling Putin’s war a “war.” The newspaper was founded by a group of journalists who had worked for the Russian tabloid Komsomolskaya Pravda.

The threats from Roskomnadzor prompted Novaya Gazetta to ask its readers whether the news operation should “continue work under military censorship and implement the demands of the authorities” or “cease our editorial operations until the end of the war.”

Qatari government-funded broadcaster Al Jazeera reported that the communications regulator had told media outlets in Russia to cease calling the conflict in Ukraine an “assault, invasion or declaration of war,” or they would face the risk of being blocked or fined.

Russian chess legend Garry Kasparov and U.K. Prime Minister Boris Johnson, among many others, have called Putin a “dictator” over his invasion of Russia’s neighbor.

Al Jazeera has reported that Russian journalists who do not toe the party line are being labeled “foreign agents.”

The Barents Observer online newspaper, which is part of the Norwegian Barents Secretariat aimed at developing Norwegian–Russian relations and is tied to the Norwegian Ministry of Foreign Affairs, quoted the Russian military as saying: “Unfortunately, certain Russian media and first of all Novaya Gazeta do not listen to us [and] actively spread fake information provided by dope-smoking gangs of nationalists and the Ukrainian Security Service.”