The city of Boulder has had 18 puma reports in the last six weeks. In winter, the predator follows its prey to lower elevations.
By Lee Bullen February 28, 2022
Facebook
Twitter
Linkedin
Email 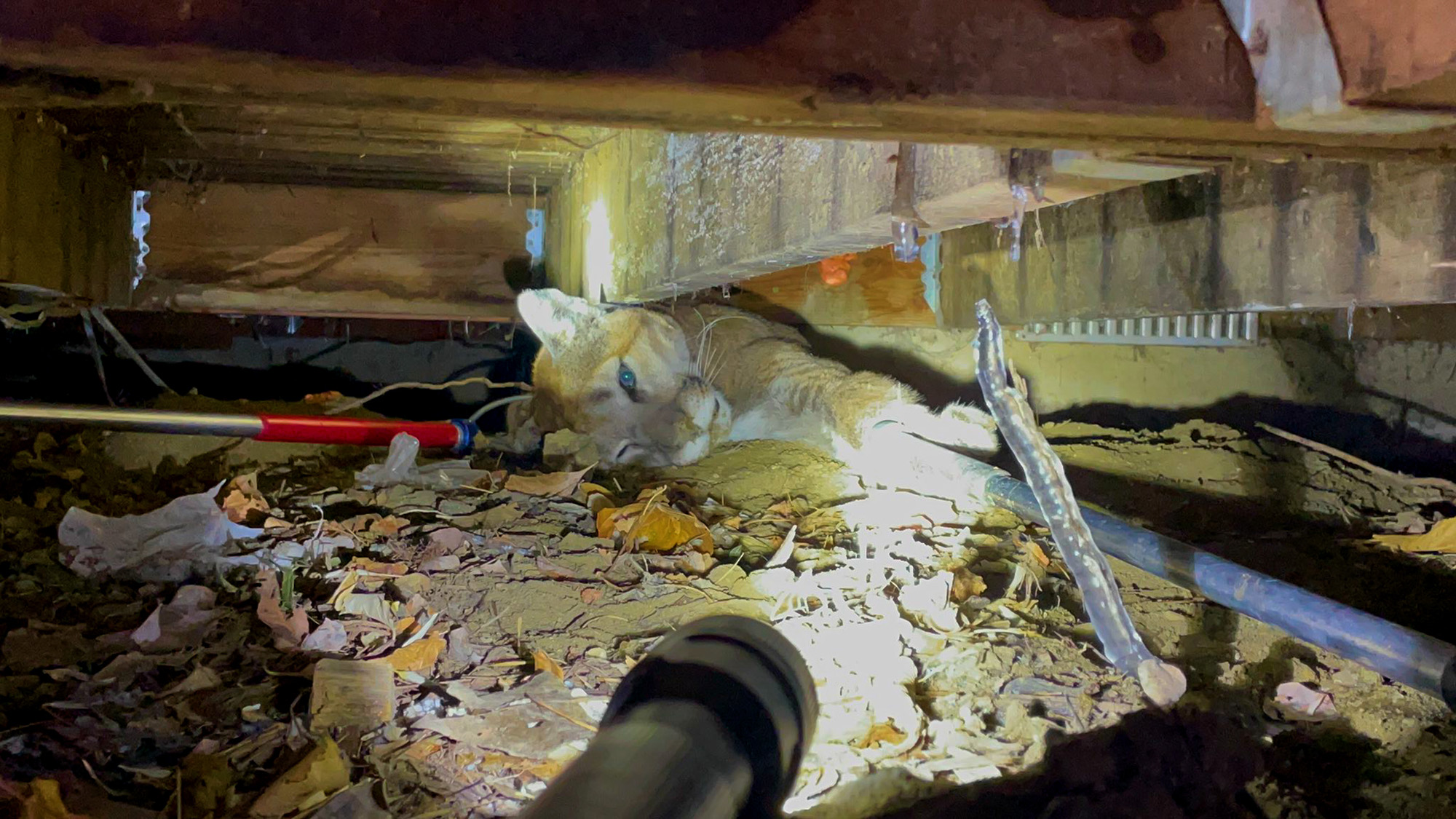 A mountain lion was found under a porch in Boulder, Colorado, on Feb. 27. The decking had roughly only a foot of clearance from the ground. (Colorado Parks and Wildlife/Zenger)

Colorado wildlife officials released a puma into the wild after finding it under a home and tranquilizing it.

The big cat was discovered in Boulder, Colorado, on Feb. 27.

“Homeowners reported the mountain lion at 7:30 a.m., right after seeing the cat. Their dog alerted the family that something was in the backyard underneath the decking that had roughly only a foot of clearance from the ground.”

OSMP Rangers and a Boulder PD Animal Protection Officer were the first to arrive at the scene. CPW Wildlife Officer Tyler Asnicar tranquilized the mountain lion, which was then pulled out from under the porch just before 10 a.m.

The mountain lion was released in a remote area in Larimer County by 1 p.m. the same day. The mountain lion — also known as a cougar, puma, panther or catamount — is a large cat species native to the Americas.

“One factor we look at is location when we get cats that come into town,” Officer Asnicar said. “This one was pretty far east in Boulder in a populated area. It is not a good situation to have a big predator like that close to so many people. It is better for the people and the cat to try to move it. Relocation was our best approach in this case.”

Since Jan. 15, CPW has received 18 reports of pumas in Boulder. Several pets have reportedly been taken by a sub-adult lion.

While Officer Asnicar could not confirm if the removed puma was one of these big cats, he did say mountain lions “follow their prey base down, particularly the mule deer, that move into lower elevations this time of year.”

The CPW warned residents they could come across a mountain lion or other predators, such as bears, coyotes and foxes. “Cats are going to come and go, it is not a new thing, and it isn’t going to go away,” said Officer Asnicar.

Mountain lions are predators and hunt at night. They prey on deer, but also feed on smaller animals.