The purebred Italian greyhounds are affectionate animals that were once the favorite of Middle Ages noblewomen.
By Lee Bullen February 28, 2022
Facebook
Twitter
Linkedin
Email 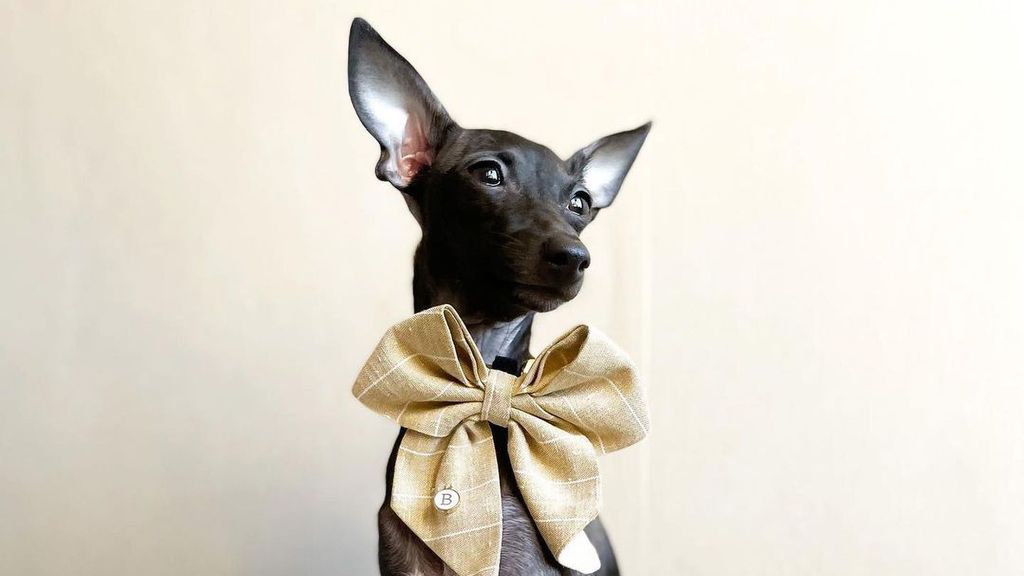 An Italian greyhound, named Britta, delights the Internet with a mani-pedi routine in Gavle, Sweden. (@brittatheiggy/Zenger )

A pampered Italian greyhound who has its nails filed by its dedicated owner has become an online sensation.

A video of Soderlind filing the pooch’s nails has been widely shared on Instagram with the message: “Got myself a mani-pedi today. When people call you extra, just look them in their face and say, am I extra or are you basic?”

Soderlind, who works as a journalist, said in an interview: “She’s an Italian greyhound, 10 months old. Her name is Britta, an old Swedish name. We have had her since she was eight weeks old.

“We do her nails every Sunday. We use clippers and because of the sharp edges, we started to use a nail file two months ago.”

Soderlind said it took “weeks of training” for Britta to get accustomed to the nail file.

Once she got used to it, “we noticed that she was much more comfortable with the file compared to the clippers,” Soderlind said.

“I wouldn’t say she likes it, but she feels safe doing it. We have been training her a lot to make her feel safe, and it is never against her will.”

Soderlind said they give her treats and take a lot of breaks. “She also feels safe, cozy and warm with her sweater on.”

The Animal Care Center says filing your dog’s nails is often better than clipping: “Filing is gentler, less anxiety-producing for many dogs. With a clipper, the dog’s nail is squeezed. Many dogs do not like this sensation.”

The Italian Greyhound, a purebred, was the favorite companion of noblewomen in the Middle Ages, often painted in portraits by famous artists, such as Pisanello and Giotto di Bondone, alongside their owners. The dogs are known to be friendly, affectionate animals.

Fairly intelligent and easy to train, the breed stands 13 inches to 15 inches in height and weighs 6 pounds to 15 pounds. Their life span is approximately 14 to 15 years.

Italian Greyhounds have been around for 2,000 years and were bred to hunt. In fact, they still have the hunting instinct. It is recommended they stay on a leash when outside. They are known to give chase to anything that moves. Italian Greyhounds can reach top speeds of 25 mph, so if one gets loose, he will not be easy to catch.