Unable to return home due to the war, three groups of Birthright Israel participants are being put up in Israel.
By Abigail Klein Leichman February 28, 2022
Facebook
Twitter
Linkedin
Email 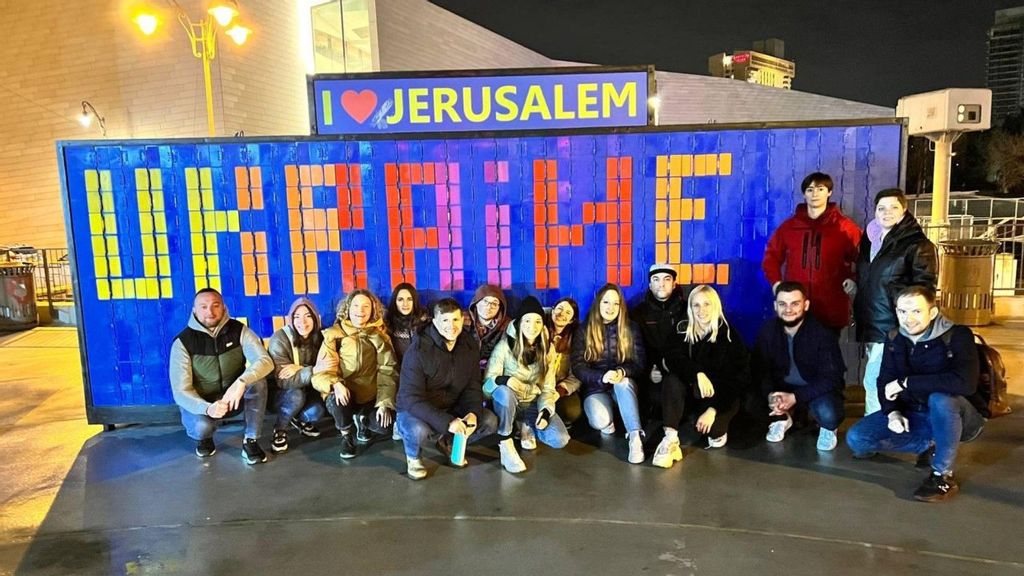 Regardless of which side of the conflict they’re on, young adults in three Taglit-Birthright Israel groups from Russia and Ukraine cannot return home after their free 10-day trip because of the war.

So Birthright Israel has offered them the option to stay in Israel or reunite with their families when possible.

The three groups include 26 participants from Ukraine. Sixteen of them were supposed to fly home on Thursday morning, but while they were sitting on planes, bombing began in Kyiv and flights were immediately canceled. Birthright then placed them at a hotel in Tel Aviv.

Eighteen Russian participants are staying at another hotel in Tel Aviv, courtesy of Birthright, after their flight to Moscow was postponed.

Another 10 Ukrainian young adults are currently touring Jerusalem in a mixed Birthright group with 10 participants from Russia.

“We are committed to assisting all of our participants from Ukraine to get through this challenging time. Currently, they can choose to stay with family in Israel, return home on a flight through Warsaw, or even join an Onward Israel program for an additional month. Whatever solution works best, we will be there to support and care for them until they can reunite with their families in their hometown,” said Birthright Israel CEO Gidi Mark.

Birthright Israel brings close to 5,000 participants from Russian-speaking countries on tours of Israel every year, with the majority coming from Russia, Ukraine and Belarus. Since its inception, more than 55,000 Russian-speaking participants have taken part in a Birthright Israel trip. After a two-year series of suspensions due to COVID-19, trips resumed this month.

Anastasia Bilig, a Kyiv resident, said her thoughts are with her friends in the region. “It’s horrible. It’s terrible. And I have no words in my mind to describe it. I feel scared that these things can happen in the 21st century,” she said.

Taglit-Birthright Israel, the largest educational tourism organization in the world, has given over 750,000 free trips to Israel from several countries.