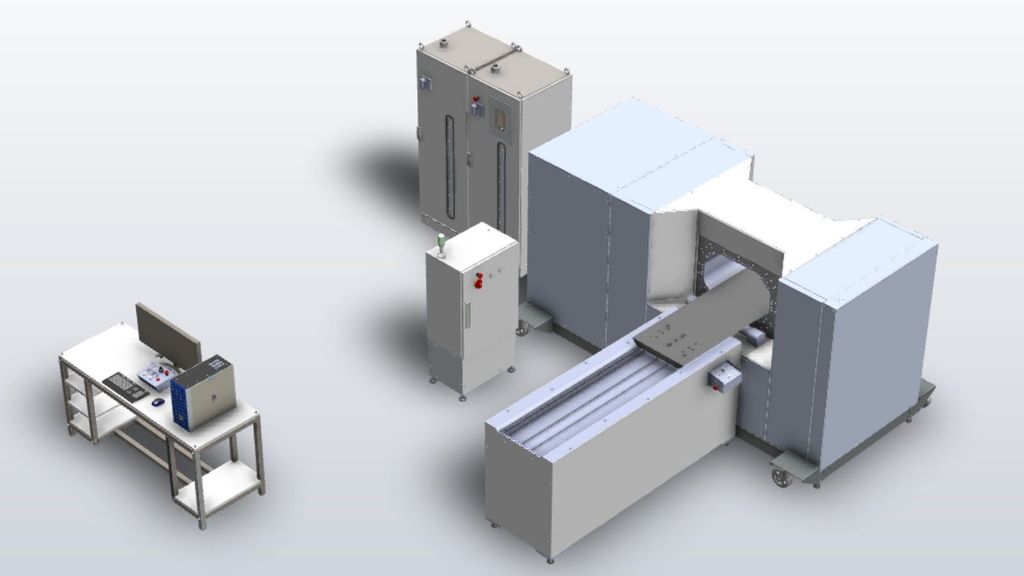 It’s one of the most heart-wrenching moments in medicine and in life. The doctor informs a patient that his or her stage 4 cancer has metastasized all over the body and nothing more can be done except to write a referral for hospice care.

But what if there was a way to shrink those stage 4 tumors by half? It wouldn’t make the cancer go away, but would transform it from a likely death sentence to a “chronic illness” with treatments required every few months.

That’s what Petah Tikva-based New Phase hopes to do by applying electromagnetic hyperthermia to treat inoperable tumors. Hyperthermia is when the body is heated up.

That’s because tumor cells have a disorganized vascular structure which, unlike normal cells, has difficulty dissipating heat.

New Phase injects specially created iron oxide nanoparticles by IV. The nanoparticles are embedded within a phase change material (which releases or absorbs energy to provide heat or cooling) and coated with polyethylene glycol (a compound derived from petroleum).

They locate the tumors through a process known as EPR — “enhanced permeability and retention,” explains Ofer Shalev, who cofounded New Phase with Dr. Rafi Hof.

“Tumor cells feed off of blood capillaries, where there is a lot of leakage,” Shalev tells ISRAEL21c. “We use this to ‘leak’ into the cancer cells. This is the permeability of EPR.”

Four hours after receiving the nanoparticle injection, the patient lies on a bed inside an RF machine that uses an electromagnetic induction system to generate non-ionizing radiation.

This radiation heats the nanoparticles to a maximum of 50 degrees Celsius by changing the polarity of their iron oxide core. Patients undergoing New Phase treatment wear a special blanket to cool themselves down.

Stage 4 metastasized cancer is particularly insidious because many of the “micro-metastases” cannot be identified even microscopically. That makes it impossible to surgically remove these kinds of tumors. But New Phase’s nanoparticles can find them.

And even if not all the tumors are destroyed, the treatment turns a stage 4 cancer into something more akin to stage 2 — for which many more treatment options are available.

“Even reducing a cancerous mass by 30 percent to 50 percent is a huge achievement,” Shalev points out.

If some nanoparticles find their way into healthy cells, those cells can survive. “This is how we selectively destroy only the cancer cells,” Shalev says.

When there’s nothing else to offer

Why not use New Phase’s technology for earlier stages of cancer?

“We can,” Shalev says, “but we wanted to start with Stage 4 cancers, where there’s nothing else to offer. In Israel, 11,000 patients die every year from cancer. In the U.S., it’s more than 600,000 — and the number is increasing by 5,000 people a year. So even dealing with just that subset of patients is a lot of work.”

Shalev and his partner previously worked together at ReDent-Nova, which develops dental devices and instruments to treat root canals. They named New Phase’s technology “Sarah” after Hof’s mother, who passed way from lung cancer.

“We want patients to survive until [a ripe old] age and to die from reasons other than cancer,” Shalev says.

New Phase has so far been tested with mice, pigs and rabbits and with “a few human patients” at a hospital in Nahariya in northern Israel. These Phase I clinical studies started with a fairly low dose.

“With every cohort, we will add more and more doses,” Shalev says.

Efficacy results are not in yet. “But we know from MRI scans that the nanoparticles reached their targets,” Shalev says.

The nanoparticles are developed by New Phase near Karmiel. The lab is run by three female Druze chemists from a nearby village.

New Phase is not the only company that is using hyperthermia to kill cancer cells. “But we are the only ones using it for systemic treatment,” Shalev tells ISRAEL21c.

“Others inject nanoparticles into a specific tumor to treat it locally. We don’t care where the micro-metastases are located. They will retain our nanoparticles and, later on, will be destroyed by the hyperthermia.”

Another Israeli startup, AlphaTau, is using alpha radiation to kill tumors. This approach, too, is highly local, targeting specific tumors.

New Phase’s nanoparticle treatment won’t be available until at least late 2024 or early 2025. That’s how long it takes to conduct all the clinical studies.

But the good news is that the approval process will be faster than if it was a drug, because the US Food and Drug Administration has agreed to categorize New Phase’s treatment as a class 3 medical device.

New Phase’s scientific advisory board includes Prof. Dan Peer, director of the Laboratory of Precision NanoMedicine at Tel Aviv University; Dr. Glenwood Goss, chair of the Thoracic Oncology Site Committee and a professor of medicine at the University of Ottawa; and Dr. Arnold Cyjon, former deputy head of oncology at Shamir Medical Center in Israel.

In late 2021, the company added Prof. Zeev Rotstein, the former head of Hadassah and Sheba Medical Centers in Jerusalem and Tel Aviv, respectively. Rotstein is an active adviser and has good relationships with American hospitals, Shalev notes.

Founded in 2013, New Phase has raised $25 million to date (much of it from the family office of serial entrepreneur Aharon Lukach) and employs a multidisciplinary team of 30 engineers, biologists and chemists.

Shalev is proud that the company has a 50-50 mix of men and women, both Jewish and Arab Israelis.

New Phase’s technology will, in part, “catch up” patients suffering from solid tumor cancers with their blood cancer counterparts, where immunotherapy has already transformed many conditions, such as lymphoma, into “chronic cancers.”