James Chandler, who had previous convictions for robbery and assault, was jailed for two years and four months.
By Lee Bullen February 28, 2022
Facebook
Twitter
Linkedin
Email 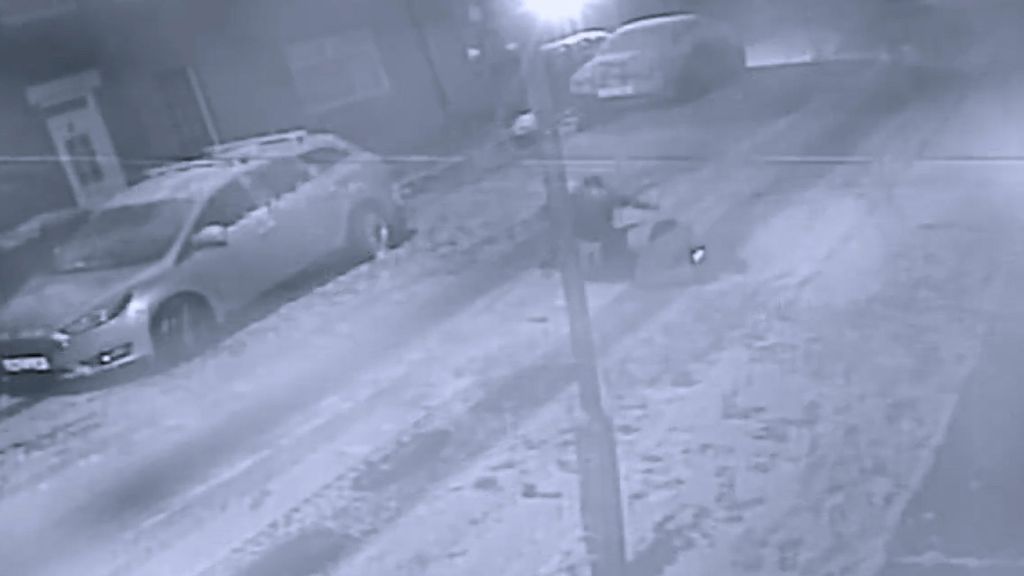 James Chandler (31) attacked a man in a hostel before causing him to fall from a first-floor window in Mansfield in England on the 29th of November 2021. Note: This picture is a screenshot from the video. (Nottinghamshire Police/Zenger News)

A man has been sentenced to prison for forcing a man to fall from a hostel window, shattering the victim’s ankle, before running downstairs and pummeling him in the street.

The incident took place at a hostel on Rosemary Street in the market town of Mansfield in Nottinghamshire, England, on Nov. 29, 2021.

James Chandler, 31, from Mansfield, admitted assault causing serious harm on a reckless basis. He appeared at Nottingham Crown Court on Feb. 24 and was jailed for two years and four months.

“A violent criminal is back in prison after he attacked a man in a hostel before causing him to fall from a first-floor window,” Nottinghamshire Police said in a Feb. 26 statement.

Police said that in 2012, Chandler was jailed for eight years for robbery, and last year he received a nine-month sentence after he attacked his ex-partner’s home and grabbed her by the throat.

In the latest incident, police say “trouble flared” when the victim visited the hostel at around 2 a.m. to see a friend.

“Once inside the multi-occupied property, he encountered Chandler along a corridor and the pair got into an argument.

“Chandler was annoyed that the man’s sister had allegedly called him a ‘crackhead’ — a claim that led to the man telling Chandler to ‘shut up’.

“Chandler became angry and shoved the man into a wall before punching him in the mouth.

“A scuffle spilled into a bedroom and moments later the victim was dangling from a window, where Chandler forced him to fall.”

Police say CCTV footage shows the victim dangling from the window ledge before Chandler forced him to fall to the ground.

“Having shattered his ankle, the man tried to hobble away but was prevented from doing so when Chandler came out of the property and continued to attack him,” police said.

According to the authorities, the victim lost five teeth and was taken to Queen’s Medical Centre in Nottingham where he required surgery for an open ankle fracture.

Nottinghamshire Police detective sergeant Georgina Gallagher said: “This was a very nasty incident and the consequences could have been even worse for the victim.

“Not content with knocking out the man’s teeth, he then forced him to fall from a window knowing it would cause further injury.

“He could have stopped there but he didn’t. Instead, he chose to come down the stairs, go outside and continue attacking the man as he lay helplessly in the snow.

“Chandler is a danger to society and I am pleased he is once again behind bars. I hope it sends a clear message that Nottinghamshire Police will not tolerate violent behaviour and will always strive to put offenders before the courts.”