Gas Prices Rising: How You Can Improve Fuel Economy During The Winter 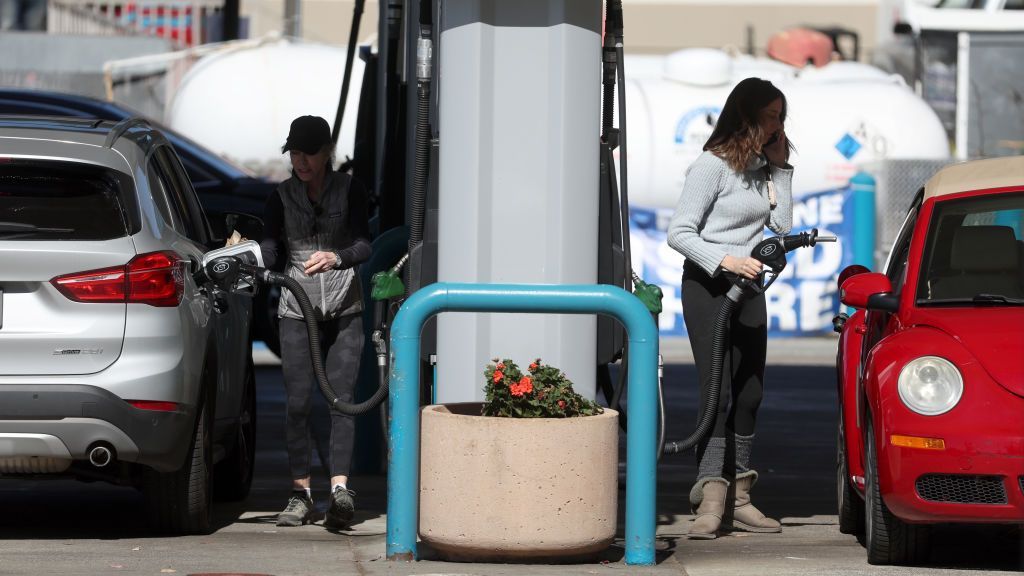 The Russia–Ukraine conflict, the growing national demand for gas as spring approaches and a switch to the costlier summer gas, could all send gas prices to a national average of $4 a gallon by April. (Justin Sullivan/Getty Images)

For the third straight week, U.S. gas demand has risen, contributing to gas prices reaching an eight-year high. During an appearance on AccuWeather Prime, Patrick De Haan of GasBuddy said multiple factors, including the Russia-Ukraine conflict, the growing national demand for gas as spring approaches and a switch to the costlier “summer gas,” could all send gas prices to a national average of $4 a gallon by April.

This has led to many motorists trying to find ways they can save at the pump in these final weeks of winter. Thankfully, a lot can be done to help improve fuel efficiency in your vehicle, especially during the winter months.

During the winter, gas milage decreases for many regions, especially those that experience very cold weather. A car’s gas mileage at 20 degrees Fahrenheit is 15-24 percent lower than the same vehicle’s mileage at 77 degrees and drops even more sharply in hybrid cars. A hybrid vehicle’s fuel economy can drop between 30 and 34 percent under the same conditions described above.

In gas and hybrid cars, the cold weather results in decreased fuel economy because the cold causes the engine to take longer to reach fuel-efficient temperatures. The cold also causes an increase in drag, the air to be denser and an increase in the friction between the engine and transmission from colder engine oil.

One way to help prevent these cold-weather consequences from affecting a vehicle is by parking it in a warmer place such as the garage. For those who don’t have access to a garage, there are still plenty of ways to help save on fuel.

Conserving idling will also help improve fuel economy. In the winter, idling the vehicle in the morning is tempting to warm up the vehicle before getting in. However, doing so can cause your fuel economy to take a dip, especially when idling for longer periods of time.

An important winter driving tip can also help with fuel economy — driving gently. Doing this will help allow the engine to warm up faster, and gentler driving will help with navigating through snowy and icy conditions safely.

Another way to help save on fuel is simply by planning out future trips, and combining multiple trips into one. Doing this will save both fuel and time.

Also, consider a car’s oil recommendations. Different car manufacturers may have specific oil recommendations for winter that will also help increase a car’s mileage. This oil is formulated specifically for colder weather and can give a car that extra boost to get farther on less money.

While the winter months and colder weather bring worse fuel efficiency, summer has its own way of causing increases at the pump. During the summer, more Americans are filling their tanks due and increasing demand.

“Gasoline prices are starting to rebound as temperatures warm up so Americans filling their tanks more often, combined with the transition to summer gasoline and refinery maintenance could likely boost the national average,” said De Haan, who is the head of petroleum analysis at GasBuddy.

So-called “winter gasoline” has a higher Reid vapor pressure, which means it evaporates and ignites more easily in colder air. When fuel companies begin rolling out “summer gas” blends, which are costlier to produce, the added cost manifests in higher prices at the pump during the warmer months, according to GasBuddy.

Some of these tips for winter can also be utilized during the summer months to continue help saving on gas year-round, especially with record gas prices a looming possibility.

“The previous all-time record was $4.10 a gallon back in 2008, so it stands possible that indeed the national average could breach that all-time record high in May or potentially June,” said De Haan.