VIDEO: Artist Paints Famous Scenes On Banknotes So Her Work Can Travel The World

She hopes one day to find a note or coin with the paint worn off and think of all the places it traveled.
By Arian Movileanu February 27, 2022
Facebook
Twitter
Linkedin
Email 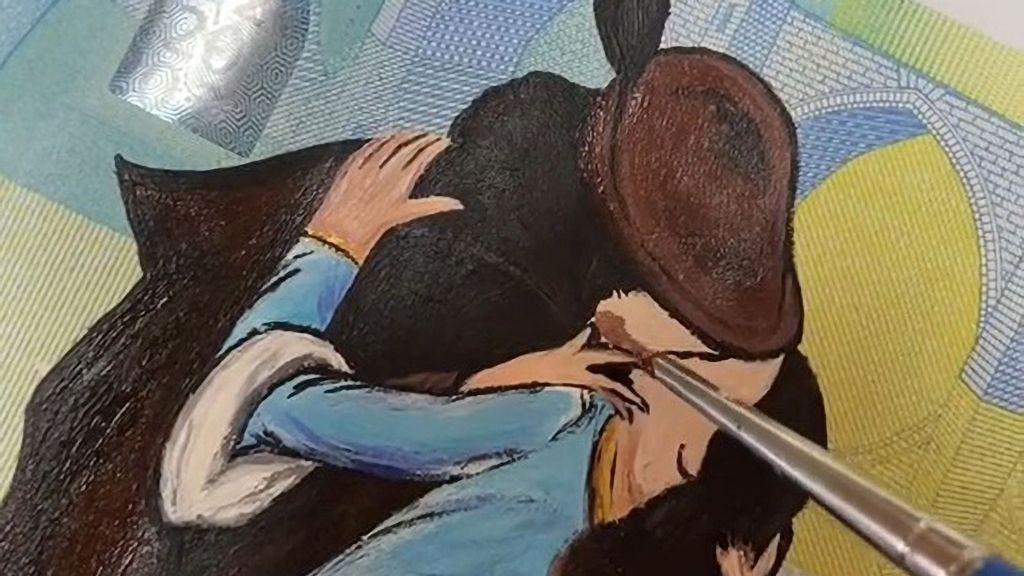 A Spanish artist paints famous scenes on Euro banknotes and coins, which allows her work to traverse the globe.

Mari Roldán, of Malaga, Spain, shares images of her work on Instagram for her 40,000 followers.

“As long as you don’t cover more than 50 percent of the bill and leave the serial number visible, it’s totally legal,” she said.

Roldán paints famous scenes by artists such as Van Gogh, Picasso, Dali, Klimt, Magritte, Michelangelo and Matisse on the money. The images are varied, from Van Gogh’s Arles landscapes to Magritte’s surrealism.

What was meant simply as currency has ended up traveling the world as art.

“I wanted to be a flight attendant, but because I had tattoos, I had to give it up. That’s when it occurred to me to paint on money, so that by using it or paying with it, a part of me can travel the world,” she said.

“One of my dreams has always been to travel, that’s why I wanted to be a flight attendant. Another dream is to become a renowned artist in the future.”

She said her art is inspired by her grandfather’s cousin, who painted movie posters in the 1950s.

Roldán said she would love to exhibit all over the world, so that anyone who likes her art can see it in person.

“People are always surprised because they never expect you to pay them with a piece of art,” she said. “Most people say directly that they are going to keep the bills. Most don’t get to travel a lot, but I also think it’s nice they value art so much they keep the painted money for themselves.”

So far, she says she has never had one of her banknotes returned to her. “I dream one day of finding one with the paint worn off and think of how many places it must have traveled,” she said..

“It takes two or three days [to paint] a single note, and if there is more than one bill at a time, like with Picasso’s ”Guernica,” which I did with three notes, it takes five days.”