Not only concussions but also subconcussive injuries can cause brain damage in young athletes, scientists have found.
By Martin M Barillas February 25, 2022
Facebook
Twitter
Linkedin
Email 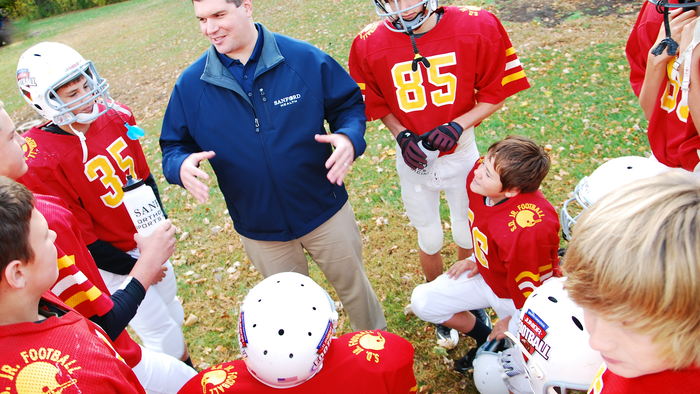 Studies on young players of football and hockey show that they sustain measurable brain impairment from repetitive impacts that cause injuries below the level of a concussion. (Thayne Munce)

Subconcussive injuries are caused by bumps, blows or jolts to the head that do not ostensibly cause any symptoms. These symptoms may not be noticeable to spectators and coaches or even the players themselves.

A concussion, according to the CDC, is a traumatic brain injury also caused by a bump, blow or jolt to the head or body “that causes the head and brain to move quickly back and forth,” making it bounce around and “creating chemical changes in the brain and sometimes stretching and damaging brain cells.”

In the study, published in Brain Communications, researchers monitored the brain vital signs in 15 boys age 14 or under who were engaged in youth football in Sioux Falls, South Dakota. Brain vital signs are called the ABCs of brain function, which include auditory sensation, basic attention and cognitive processing.

The boys in the study, who were participating in pre- and post-season play, had not been diagnosed with a concussion.

The researchers found that the boys showed cognitive processing sensitivity to subconcussive impairments over the course of the playing season. They found that changes in the brain vital signs were linked to the number of blows to the head sustained by the players during the season.

The study replicated the results of a pair of earlier studies on concussions and subconcussive impacts published in Brain Communications and Brain. In the previous study on Junior-A and Bantam youth ice hockey players, the results confirmed significant changes to brain vitals and concussive/subconcussive impairments. Previously used clinical protocols for detecting injuries had not detected these impairments.

The new study showed significant changes in the players over time. Cognitive processing speed, or the time it takes to complete a mental task, changed when the pre- and post-season results were compared. The researchers confirmed a link between changes in brain vital signs and the number of head impacts and the total number of games and practices during the seasons.

A significant relationship existed between the subconcussive brain vital sign changes and head impact exposures, as measured by the total number of head impacts as well as number of games and/or practices over the season.

“These findings provide further support that there is a predictive relationship between head impact exposure in contact sport and subtle changes in cognitive brain function,” said lead author Shaun Fickling of Simon Fraser University in Canada.

“Now that we can sensitively detect changes associated with subconcussive impacts, it is possible to identify the leading ways to prevent, treat and manage possible impairments, which is a critical step that is now getting underway,” said Munce. He and his collaborators hope to evaluate possible ways to prevent and treat these injuries.