VIDEO: Huge Blaze Breaks Out At Snack Factory In Oregon 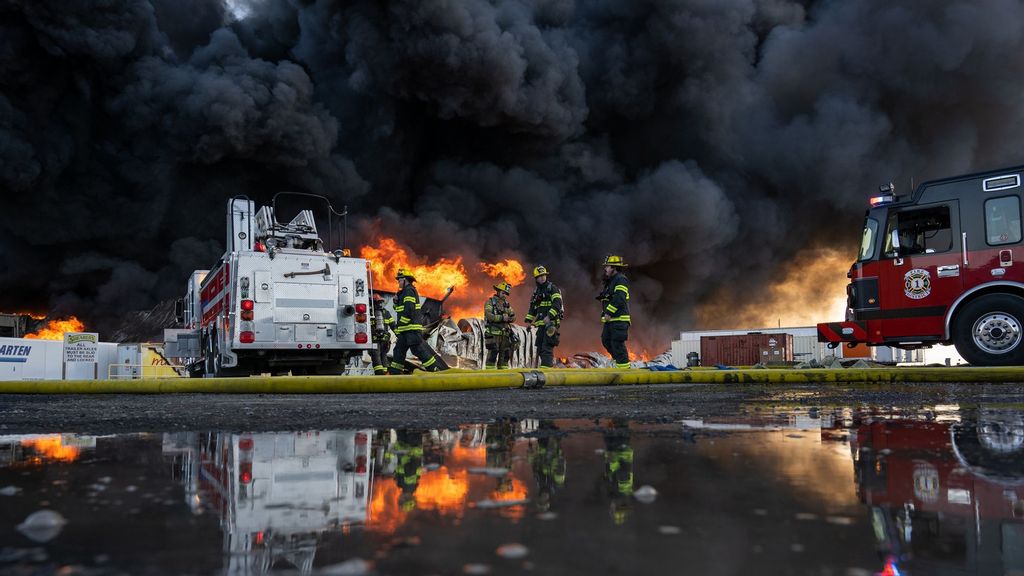 Firefighters battling with the fire from the Shearer’s Foods explosion in Hermiston, Oregon, on Feb. 22. (Umatilla County Fire District One/Zenger)

The blaze broke out at a Shearer’s Foods, which manufacturers snacks for private brands, in Hermiston, Oregon, on Feb. 22. The large fire, blamed on an explosion, shut down a portion of nearby Highway 207.

Multiple people were injured in the fire.

Umatilla County Fire District One shared the footage of the incident on social media and said firefighters “responded to an explosion at Shearer’s Foods, one of the largest food plants in the area.”

“The explosion was caused from a portable boiler fueled by natural gas. Six injuries were reported, and they were transported to Good Shepherd Medical Center,” the fire district said.

“Evacuations were put in place for homes to the south of Shearer’s Foods, as well as the Comfort Inn and Suites, and OSP is monitoring the freeway.”

Union Pacific was also notified not to use the railroad.

“There were roughly 60 firefighters working together on this fire.”

An investigation into the cause of the blaze is ongoing.

The plant supplies much of the Western U.S. with potato and corn chips. When the plant is operating at full capacity, it employs up to 400 people, said Hermiston City Manager Byron Smith. Shearer’s Foods is one of the top employers in the area.

Snack foods made by Shearer’s Foods include kettle-cooked and traditional potato chips, tortilla chips, popcorn, baked chips and cheese curls, along with cookies, crackers and wafers.

The Ohio-based company has 12 production plants in nine states and in Ontario, Canada. The plant in Oregon is its only West Coast-based operation.

“I don’t know how the company is going to handle it — if they will help workers for a while or keep a few to work through cleanup. We just don’t know a lot of those details,” Hermiston City Manager Byron Smith told the Tri-City Herald.

The city may coordinate a job fair for Shearer’s employees to help them transition to other jobs as the plant damage is evaluated.