The rescue was quick and efficient, with the child being admitted to the hospital shortly afterward.
By Joseph Golder February 23, 2022
Facebook
Twitter
Linkedin
Email 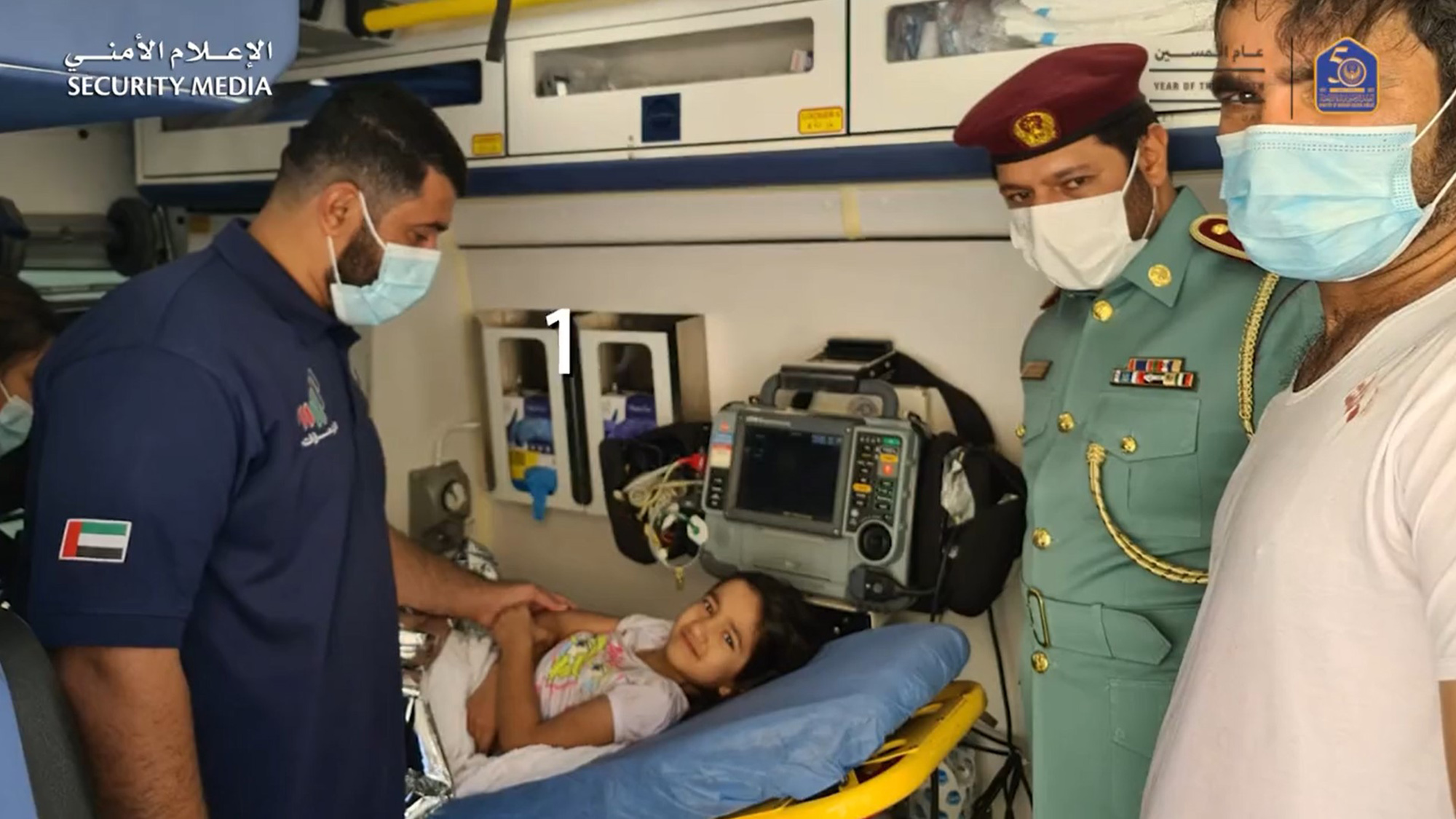 The 6-year-old girl was safely rescued after falling into a 49-foot-deep well in Dibba Al-Fujairah, UAE. (UAE Ministry of the Interior/Zenger)

A 6-year-old girl survived a fall into a 50-foot-deep well and managed to stay alive in the freezing water until she was pulled to safety by rescuers.

The incident took place in Dibba Al-Fujairah, a city in the Emirate of Fujairah, one of the seven emirates that make up the United Arab Emirates (UAE).

The UAE’s Ministry of the Interior shared footage online on Monday, Feb. 21, showing civil defense personnel rescuing the young Emirati girl from the well, which is reportedly 49 feet (15 meters) deep.

The footage showed that the well was full of water when the young girl, who has not been named, fell into it. Rescuers were quick to respond and avoid a tragedy, ministry officials said.

In the video, rescuers can be seen descending into the well at a listed time of 10 a.m., retrieving the girl and carefully carrying her up to the surface. At 10:14 a.m., she is seen resting in a hospital bed.

Ministry of the Interior staff also visited the child, who is recovering in a local hospital, to inquire about her health and comfort her family. Emirati Interior Minister Lt.-General Sheikh Saif bin Zayed Al Nahyan praised the civil defense team after they rescued the young girl.

The team had just been returning from putting out a fire in a villa and rescuing its occupants when they received the report of the child falling into the well.

This successful rescue comes just days after a similar incident with an Afghan boy, who was rescued after three days of being trapped in a well. However, the boy reportedly died while being moved to a medical transport helicopter.

In another case, just a few weeks ago, the story of Moroccan boy Rayan caught the world’s attention, with the rescue efforts being thwarted when he tragically died while rescuers were only a few feet from reaching him.

The 5-year-old had fallen into the narrow well while his father was repairing it, after the latter had momentarily taken his eyes off the boy. The well opening was less than 10 inches wide and could not be widened further to facilitate rescue efforts because of the rocky, sandy soil around it, which could have caused a landslide.

It took rescuers four days of working around the clock to dig a huge trench beside the well to get to the boy, but to no avail.