World’s Smallest Battery Is Tinier Than A Grain Of Salt

Tiny device could be used in surgical implants and to operate microrobots.
By Georgina Jadikovskaall February 22, 2022
Facebook
Twitter
Linkedin
Email 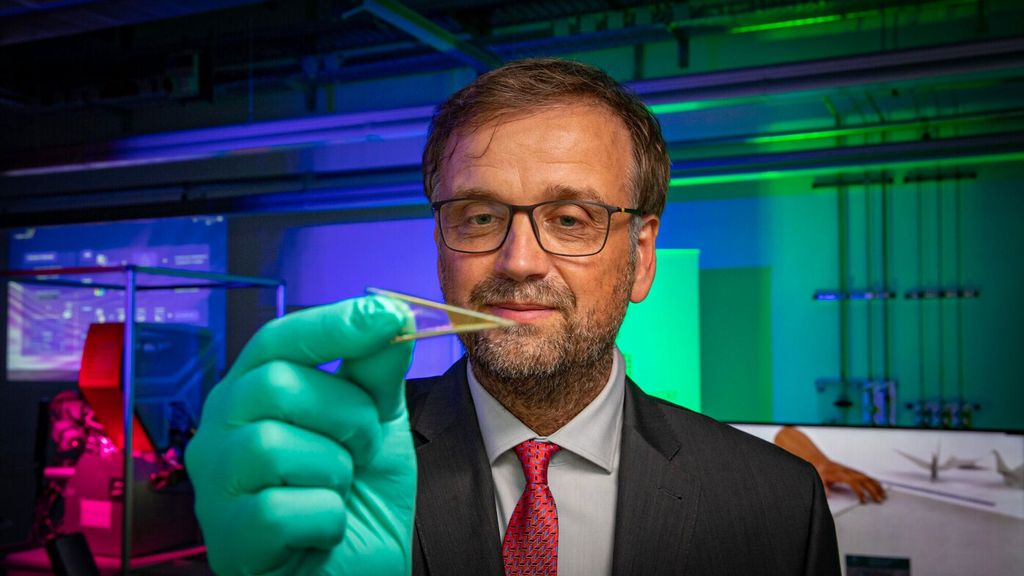 Oliver G. Schmidt is seen holding flexible microelectronics that can be fitted with many of the tiny batteries he and his research team helped develop. (Jacob Muller/Zenger)

An international research team has developed what they say is the world’s smallest battery, which is the size of a grain of salt and can be used to power surgical implants and microrobots.

Scientists from the Chemnitz University of Technology (TU Chemnitz) and the Leibniz Institute for Solid State and Materials Research, both in Germany, along with the Changchun Institute of Applied Chemistry in China, created the battery prototype.

The scientists say their invention, which is only 1.10 by 1.69 by 0.15 millimeters in size, could soon be used to power miniaturized medical implants, microrobots and ultra-flexible electronics.

“There is still a huge optimization potential for this technology, so that in the future we can expect significantly more powerful micro-accumulators,” said Oliver G. Schmidt, scientific director of the Center for Materials, Architectures and Integration of Nanomembranes at Chemnitz University of Technology.

The scientists said their aim was to design a battery that can be integrated directly into a chip without taking up more than one square millimeter of space and that has a minimum energy density of 100 microwatt hours per square centimeter.

They did this by altering the winding of a conductor and electrode strips to the microscale, which is the same process used by Tesla to produce the batteries for its electric cars.

The study was published in the journal Advanced Energy Materials.

“This is where the so-called Swiss roll or micro-origami process is used,” TU Chemnitz said in a press release. “A stressed layer system is created by alternately depositing a few thin layers of polymeric, metallic and dielectric materials on a wafer surface.

“This mechanical tension can be released by detaching the thin layers in a targeted manner so that the layers unroll themselves into a Swiss-roll architecture. So no external forces have to be applied to create the wound batteries.”

According to the university, this method enabled the researchers to produce submillimetric rechargeable microbatteries, which have the potential to power the world’s smallest computer chips for up to 10 hours.

Researchers say there are endless possible uses for their tiny batteries in the future, beyond medicine and robotics, with micro- and nanoelectronic sensors and actuators in Internet of Things wearables and household products.