The suspects forced entry to the cave and caused damage to the crystals with their boots and helmets.
By William McGee February 22, 2022
Facebook
Twitter
Linkedin
Email 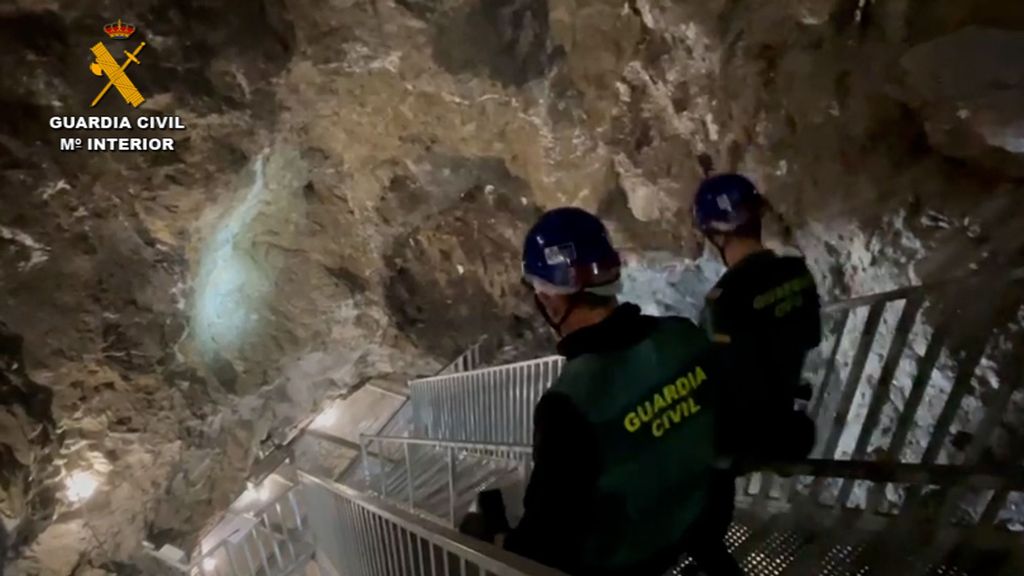 Cops in Spain have arrested two people for damaging the Pulpi geode, one of the largest crystal caves ever discovered and the largest accessible geode in the world.

A geode is a nodule of stone whose cavity is lined with crystals or mineral matter. Geodes can range in size from under one centimeter to several meters in length.

The Pulpi geode, located in the municipality of Pulpi in the province of Almeria in the southern Spanish region of Andalusia, was damaged on New Year’s Eve, the Spanish Civil Guard said in a press release on Sunday, Feb. 20.

Officers have arrested two people for the crimes of trespassing and causing damage to a protected natural heritage monument.

The two suspects, whose identities have not been revealed, forced entry to the geode and caused “irreparable” and “incalculable” damage with their boots and helmets, according to the Pulpi Town Council. They also significantly raised the temperature, humidity and CO2 levels within the geode, causing damage that required hours of restoration work.

Authorized personnel typically carry out maintenance work on the geode without shoes or helmets to avoid damaging its crystals.

Following several weeks of investigations, police were finally able to track down the suspects through social media.

The suspects are awaiting trial in the municipality of Huercal-Overa, which is also in the province of Almeria.

The Pulpi geode occupies an area just shy of 378 cubic feet; it is 26 feet long, about 6 feet wide and nearly 6 feet high. It is the largest visitable geode in the world and is filled with giant gypsum crystals.

Last week, Feb 15, a decree to declare it a natural monument of Andalusia was approved by the regional government.

This recognition of its uniqueness and environmental value guarantees its conservation. Work will soon begin to have the geode declared a World Heritage Site, officials said.

The crystal cave was formed an estimated 6 million years ago. It was discovered in 1999 by the Madrid Mineralogist Group but was only opened as a tourist attraction a decade later.

A maximum of 12 people are allowed to visit with a guide at any one time.